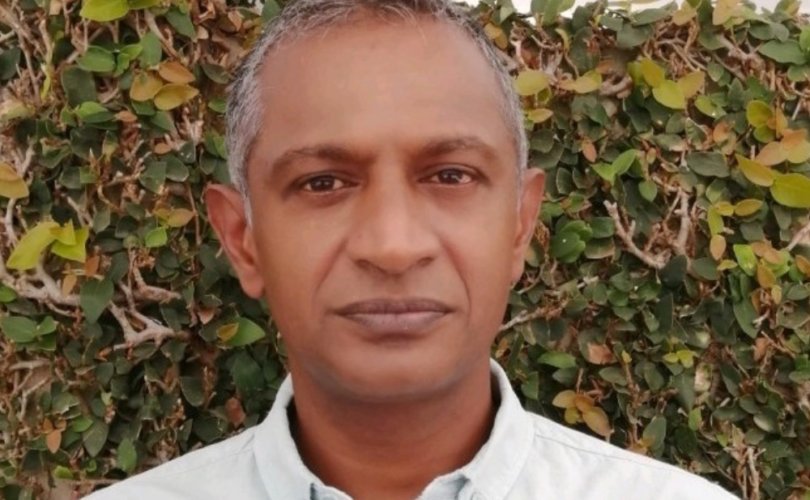 PORT EDWARD, South Africa (LifeSiteNews) – A prominent doctor credited with advancing the development of early treatments for COVID-19 has stated that, in his judgment, the purpose of the pandemic and vaccine campaigns, is to “control and kill off a large proportion of our population without anyone suspecting that we were poisoned.”

Dr. Shankara Chetty, a family doctor in South Africa who, according to his website, has “treated 7000 Covid-19 patients without a single hospitalization or death,” combined insights from his medical knowledge along with his observations of government dictates and media censorship to support his conclusions.

He went on to identify, as “the most important” aspect for answering these questions, the “pathogen that was causing all the death in COVID illness,” the spike protein which is carried by the virus and is what the vaccine is designed to produce in a recipient’s body.

“If I had to give you my opinion, as to what is happening on a global scale,” he said, “[the] spike protein is one of the most contrived toxins or poisons that man has ever made. And the aim of this toxin is to kill billions without anyone noticing it. So, it’s a poison with an agenda.”

The physician, broadly recognized for developing the “8th Day Therapy for COVID-19” for patients who have entered the more dangerous inflammatory stage of the disease, then stated that “what looks like transpired here, [is] they’ve engineered a virus and put this weapons-grade package onto it called ‘spike protein.’”

With the initial release of this “most elaborately engineered toxin,” expected allergic reactions happen in a small percentage of people, causing many to fall very ill and die when the reaction occurs. According to Chetty, this is normally on the eighth day of symptoms.

The physician said that because of the initial 14-day global lockdowns, those infected with COVID-19 who had allergic reactions arrived at the hospitals late, and these institutions implement mandated protocols “to engineer death and damage [in order] to stir all the fear.”

“But the game that they played with this engineered virus was to justify the vaccination of the planet,” he continued.

Chetty added that these injections are meant to “expose us to [the] spike protein for a longer period.”

The 18-year veteran practitioner, who has often been interviewed across the internet by fellow doctors, and has made appearances with other well-known early treatment innovators such as Drs. Pierre Kory, Ryan Cole, and Richard Urso, explained how, following the allergic reaction deaths in the first two weeks, more long-range health dangers begin to emerge.

“[We begin] to see the endothelial [blood vessel lining] injuries that this vaccine causes with its spike protein, with its influence on its ACE2 receptors. Those are the deaths that are meant to follow. And they will never be pinned onto [the] spike protein, a very well-engineered toxin,” he said.

“Those tissues will be recognized as foreign and will trigger a host of autoimmune responses. So, the deaths that are meant to follow the vaccinations will never be able to be pinned on the poison! They will be too diverse, there will be too many, and they will be in too broad a timeframe for us to understand that we have been poisoned,” he continued.

“Now this toxin in the long term is going to get people with pre-existing illness to have those illnesses exasperated,” the doctor explained.

With certain toxic substances, including “bits of HIV protein” within this “definitely engineered” spike protein, Chetty states “people with cancers are going to have their cancers flareup, and they will say they died of the cancer.”

“People with vessel injuries or predisposition like our diabetics and [those with] hypertension are going to have strokes and heart attacks and the rest at varying times, and we’ll attribute those to their preexisting conditions,” he said.

“People are going to develop, over time, autoimmune conditions, the diversity of which will never be addressed by any pharmaceutical intervention because they’re far too targeted.”

“But I think if people understand what the intention is, then they’ll understand why what’s happened has happened. The ill logic, the coercion, the suppression, is all warranted if you understand that there is a bigger plan. This plan is to make sure that we can control and kill off a large proportion of our population without anyone suspecting that we were poisoned,” the COVID physician said.

“And so, I think the justification for everything we see is warranted in understanding the endgame,” he concluded.

“I think there’s a huge picture at play; [otherwise] the vaccines make absolutely no sense. We were sold the vaccine as our savior from the start, and if we look at the science, the science does not play out.”

Consistency with other experts: a ‘global catastrophe without equal’

Other experts have indicated the possibility of similar scenarios for quite some time.

Last March a former senior officer of the Bill & Melinda Gates Foundation, Geert Vanden Bossch, drew significant attention when he issued an open letter and video warning of a “global catastrophe without equal” due to experimental COVID-19 vaccination programs.

In his letter, the previous senior program manager for the Global Alliance for Vaccines and Immunization (GAVI), wrote “it’s becoming increasingly difficult to imagine how the consequences of the extensive” gene-transfer vaccine program is “not going to wipe out large parts of our human population.”

“One could only think of very few other strategies to achieve the same level of efficiency in turning a relatively harmless virus into a bioweapon of mass destruction,” he said.

In addition, COVID-19 expert and highly published physician Dr. Peter McCullough affirmed, “We have the biggest biological catastrophe on our hands in human history… and no one knows how to stop it” (Video: 13:00).

Drawing the same conclusion as Dr. Chetty elsewhere, McCullough, who has authored over 650 publications in peer-reviewed medical literature, stated “I believe that we’re under the application of a form of bioterrorism that’s worldwide, [and] that appears to have been many years in the planning.”

Other experts, including America’s Frontline Doctors (AFLDS) have for quite some time warned against the possibility of widespread Antibody Dependent Enhancement (ADE) as a reaction to the vaccines, a condition which can certainly be fatal.

In a white paper issued in January, AFLDS explained “ADE is especially tricky because it is a delayed reaction. Initially all seems well. The person seems to have a great immune response, but then [this vulnerability brought about by the vaccine] becomes deadly when the person is exposed to the virus in the wild.”

“The vaccine amplifies the infection rather than preventing damage,” AFLDS continues.

“It may only be seen after months or years of use in populations around the world.”

AFLDS further warned that ADE reactions “are difficult to prove,” as they are often interpreted as infection with “a worse virus,” or, perhaps, a more dangerous variant.

Dr. Sherri Tenpenny gave a similar warning last February predicting widespread illness and fatality from ADE following these injections. She expected an increase in people having difficulty breathing, who would then be declared as having a “mutant virus” (i.e., “dangerous variant”) which could be used to push a narrative that more vaccinations are needed, when “what these people are actually experiencing is the antibody created by the [original] vaccine.”

Another expert who expressed similar concerns is Dr. Dolores Cahill, an Irish biomedical doctor and expert in immunology. She stated in a January presentation that, due to the high potential for ADE occurring, those who would consider reception of these “vaccines” should understand that for the rest of their lives they would have a “much higher risk of death” due to the vaccination.

Cahill further expected significant numbers of deaths due to ADE in the weeks, months, and years following vaccination campaigns and expressed concern they will be classified as resulting from COVID-19 when in fact they may well be the result of the vaccination.

Since then, a dramatic correlation between implementation of “vaccine” campaigns in nations across the globe and sharp increases in COVID-19 attributed deaths have become the norm.

In a March interview, a former Pfizer Vice President & Chief Scientist for Allergy & Respiratory, Dr. Michael Yeadon, drew conclusions similar to Chetty’s, stating, “If someone wished to harm or kill a significant proportion of the world’s population over the next few years, the systems being put in place right now will enable it.”

“It’s my considered view that it is entirely possible that this [system of widespread gene-transfer vaccination] will be used for massive-scale depopulation,” he said.

In addition, when posting the video of Dr. Chetty above on telegram, Yeadon explicitly affirmed the argument of the South African physician stating, “This is an interesting opinion that makes as much sense as any.

“The vaccine mandates are illogical & frightening, since most aren’t at great risk from the virus in the first place & the vaccines don’t prevent infection or transmission. So, they don’t provide a societal benefit, only a potential individual benefit,” he said.

“We’d NEVER force people to do something which ONLY benefits them & even then, under unlikely circumstances. It’s nuts. Decline,” Yeadon advised.

Ontario doctor resigns over forced vaccines, says 80% of ER patients with mysterious issues had both shots