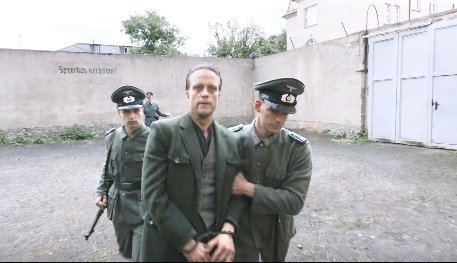 December 24, 2019 (LifeSiteNews) — It has been 15 years since movie houses have been graced with a film of this magnitude — namely, not since Mel Gibson’s 2004 The Passion of the Christ. Playing in theatres now, though sadly only in a limited release, I speak of Terrence Malick’s latest cinematic achievement A Hidden Life, which tells the story of Franz Jagerstatter, the Austrian farmer who refused to join the armed forces and fight for Hitler’s Third Reich — a decision for which he was executed in 1943.

Malick, one of the world’s leading film directors, is known for Badlands, Days of Heaven, The Thin Red Line and, more recently, Tree of Life. Though one could certainly not characterize Malick as a religious filmmaker in the sense that he is out to make faith-based movies, certainly many of his movies incorporate philosophical and religious themes, religious symbols and music, and seem to reflect a certain respect for, even awe toward Christian spiritual ideas, especially having to do with conscience, free will and the struggle between right and wrong.

A Hidden Life splurged on these themes. A highly provocative work, it leaves the film-goer unsettled as Malick masterfully thrusts the audience into an intimate encounter with the inner struggle of a soul that seeks to be true to God and moral truth and pays the ultimate price for such fidelity.

The film begins with Jagerstatter, played by August Diehl and his wife Fani (Valerie Pachner), who work a farm with their three young daughters in the idyllic village of St. Radegund. They are surrounded by the beauty of nature everywhere in the mountains of Austria, effectively captured by the film’s extraordinary cinematography. Franz and Fani are very much in love and absolutely happy in a life undisturbed by politics or cultural upheavals. That is, until the rise of Nazism and Hitler’s annexation of Austria.

Jagerstatter believes that the military aggression of the Third Reich cannot be reconciled with Catholic just war principles and is horrified by the murder of innocent people; thus, he cannot in good conscience fight for the Reich nor, even more important, take the oath of loyalty to Hitler. His personal opposition to the Reich becomes well-known among the villagers with whom he must live and work if, for no other reason, Jagerstatter will not return the Nazi “Heil Hitler” when others greet him with that salute.

Jagerstatter’s tranquil peace of soul is burdened by the constant anticipation that he will be called to serve in the army. Eventually, the dreaded letter arrives notifying Jagerstatter of his inscription — an inscription he knows in his heart he must refuse. Instead of running into hiding with his family, which he briefly considers, Jagerstatter makes a decision to show up at the conscription site. He falls in line with the other recruits, and while each one of them raises a right hand and utters the loyalty oath, Jagerstatter simply stands silent and erect, in an act of brave, quiet defiance.

He is arrested and jailed for several months before he is finally tried for sedition, convicted by a Nazi court, sentenced to death and executed by guillotine.

The movie is not only about the sacrifices Jagerstatter must accept but is equally focused on how his decision affects the lives of others, those who are swept into suffering because of his personal act of conscience — namely, his wife and other family members. This is why A Hidden Life is nearly a three-hour movie as it concentrates on the full dimensions of expanding consequences of one man’s choice to be true to himself.

The friendly village of St. Radegund turns against Franz and his family; as the villagers welcome the Third Reich, dissenters are not tolerated. Once Franz is imprisoned, Fani must bear alone the full brunt of derision and ostracization. She is now left to work a farm with only the help of a sister, as no one would dare aid the wife of a traitor. Jagerstatter imprisoned and Fani hated by the villagers are both in a state of radical isolation from community, left to support each other through the letters they are permitted to exchange.

Moreover, the isolation from each other that Franz and his wife endure is effectively dramatized by the beauty of the farm, the land against the sky and the mountains that stand in such stark contrast to the hard, cold, functional and sterile “landscape” of the prison. God’s life-giving world seems so opposite the death-giving world.

How to embrace suffering as a Christian is a theme of the Malick film. It is beautifully brought out in a dialogue between Franz and an artist who is restoring paintings in the local church. The artist says that he only paints the sufferings of Christ. Others only sympathize or admire the works, but what Jesus wants is neither sympathy nor admirers — Jesus wants followers.

Many try to dissuade Jagerstatter from being such a follower. He must endure two primary arguments: 1) that his resistance won’t change anything and 2) no one will ever know about him. His act of conscience, therefore, is that of a hidden life that will have no effect on anything. In addition, many urge him to take the oath for the sake of his family.

Two clergymen are featured in the movie — the bishop and St. Radegund’s local parish priest. They are portrayed sympathetically, as they show true concern for Jagerstatter, but not inconsistent with history, they are ultimately not supportive of Franz’s position.

Jagerstatter’s isolation is greatly enhanced by the bishop and priest's own equivocal attitude toward Hitler, motivated largely by a desire to avoid persecution. Indeed, the priest even urges Jagerstatter to take the oath: “You know what’s in your heart Franz — nobody cares what words you say.” This of course is precisely what thousands of early Christian martyrs could not do as the outward action must be consistent with the inward Faith.

A Hidden Life will be in theatres during the Christmas season and everyone should see it. It is a movie for our times. This movie, a thoughtful, religious masterpiece, (yes, I’ve said it), shines a laser beam on precisely what is needed now, for Christians to give witness to the truth in dark times and to not count the cost.

A Hidden Life teaches many lessons — that yes, our refusal to cooperate with evil may cause others to suffer persecution as well —but that cannot stop us from refusing to cooperate with evil. Many will try to persuade us that our witness is futile, and finally we cannot necessarily rely on our spiritual leaders for support, though we can and should expect it. In my book, Abandoned — The Untold Story of the Abortion Wars, I say knowing human beings are being put to death in the very city where I live I cannot live a normal life anymore.

Like Jagerstatter, we cannot live a normal life anymore. This movie provokes us to take a stand. Jagerstatter was a light in the darkness. May his martyrdom provoke us also to be lights.

Monica Migliorino Miller holds a Bachelor of Science degree in Theatre Arts and a Ph.D in Theology, and she is the author of The Theology of the Passion of the Christ (Alba House) and director of Citizens for a Pro-Life Society.