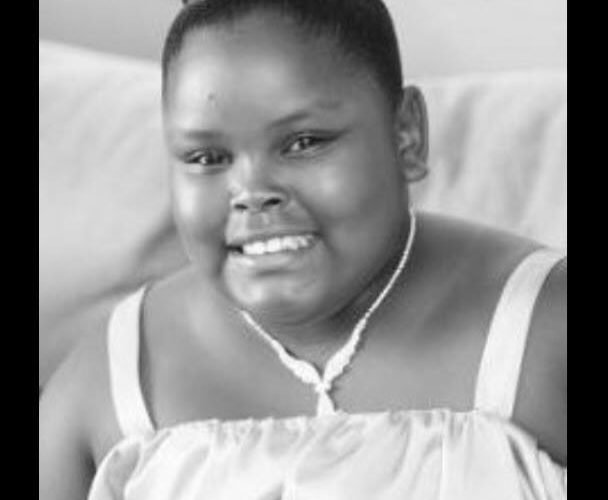 The family is asking supporters to contact Jahi's school to ask that she be granted a diploma with the rest of her class.Facebook

March 5, 2015 (LifeSiteNews.com) – The family of Jahi McMath is suing the surgeon and the hospital for malpractice, claiming the doctor’s poor communication with both the family and support staff led to the girl’s condition.

The teenage girl was declared “legally dead” by doctors at Oakland Children’s Hospital in 2013 after complications from tonsil and adenoid surgery sent her into cardiac arrest.

Jahi, now 14 years old, remains on a ventilator after her parents, Marvin and Nailah Winkfield, fought a hotly contested court battle to keep Oakland Children’s from pulling the plug.

Jahi was later moved from Oakland Children’s to a long-term care facility, but not before the hospital and Alameda County officials issued a death certificate for the girl based on her doctors’ insistence that she was “brain dead.” As a result, Jahi’s costly care is no longer covered by insurance.

According to the Winkfields’ suit, Dr. Frederick Rosen failed to inform them that their daughter’s normally routine procedure would be “complex and risky” due to a medical condition that makes her more susceptible to heavy bleeding.

The suit further alleges that although Rosen noted during the procedure that Jahi was at increased risk of suffering a dangerous hemorrhage, he neglected to share that information with the medical staff responsible for her recovery care.

The lawsuit says that when Jahi began coughing up blood the morning after the surgery, the nurses on duty at the time – apparently unaware that she was at risk of a life-threatening hemorrhage – assured Nailah Winkfield that the bleeding was “normal.”

After that, the nursing staff disagreed on how best to treat Jahi, according to the lawsuit. One nurse gave Mrs. Winkfield a suction device to help clear the blood from Jahi’s nose and mouth. Another chastised her for doing so, saying the device would “remove blood clots that are vital for her healing.”

At that point, Mrs. Winkfield called her mother, Sandra Chatman, who is a nurse at a different hospital. Upon her arrival, Chatman observed that Jahi’s heart rate was dangerously low and dropping fast. At her urging, the nurses on duty called a “code.” The doctor on call entered the room and said, “S—, her heart stopped.”

Jahi was in cardiac arrest for over two hours, leaving her oxygen deprived and severely brain damaged.

The Winkfields are suing Dr. Rosen, alleging that his failure to adequately convey the risks of the procedure to both the family and hospital staff led directly to Jahi’s catastrophic disability.

They are also suing the hospital, alleging that the medical response to Jahi’s cardiac event was botched and inadequate.

Officials with Oakland Children’s Hospital say it is their policy not to comment on ongoing litigation but, “Our hearts go out to the McMath family.”

The comment echoes previous statements issued by the hospital, in which various representatives have repeatedly stressed that the hospital leadership feels sympathy for the Winkfields due to the “death” of their daughter.

But despite Oakland Children’s position that Jahi is “dead, dead, dead” – as the chief of pediatrics told her parents, according to the suit – the Winkfields have been aggressive in insisting that Jahi is very much alive.

They point out that her heart is beating on its own and her organs are not failing, as would be the case if she were truly “brain dead.”

The family has released multiple videos showing Jahi moving and reacting to stimuli.