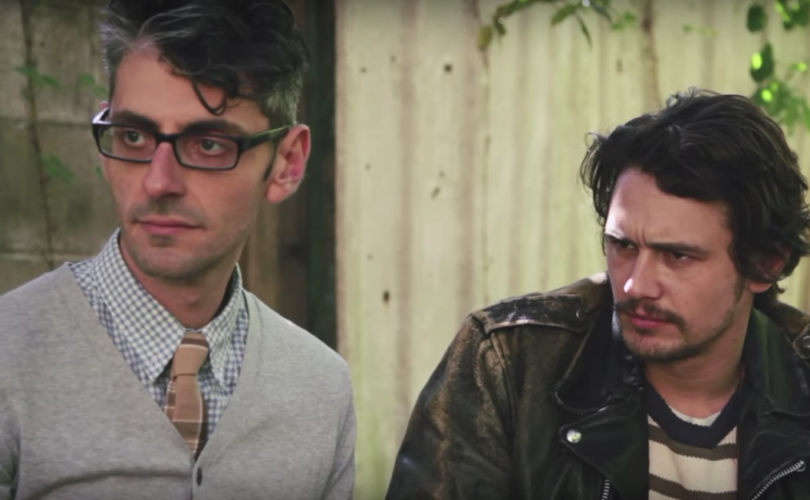 August 10, 2017 (LifeSiteNews) – Actor James Franco pressed a Princeton professor on her support for early abortion based on strange premises in a new philosophy video.

Franco has begun hosting videos called “Philosophy Time” during which he and Eliot Michaelson, a professor at The King's College London, discuss philosophical and moral questions.

In this video, Franco and Michaelson interviewed Professor Liz Harman, who argues that early abortion is morally acceptable because some fetuses at that stage are persons while others are not. Whether they are persons, she said, depends on what will happen to them.

“Among early fetuses, there are two very different kinds of beings,” she claimed. “So, James, when you were an early fetus and Eliot, when you were an early fetus, all of us – I think that we already did have moral status then. But we had moral status in virtue of our futures – in virtue of the fact that we were the beginning stages of persons. But some early fetuses will die early in pregnancy, either due to abortion or miscarriage, and in my view that’s a very different kind of entity. That’s something that doesn’t have a future as a person and it doesn’t have moral status.”

“So often we do know that if a woman is planning to get an abortion and we know that abortion is available to her, then we know that that fetus is gonna die,” said Harmon. In such a case, “it’s not something with moral status on my view.”

But, “if we know that a woman is planning to continue her pregnancy, then we have good reason to think that her fetus is something with moral status, something with this future as a person.”

The argument that some very young fetuses are worthy of rights and some of the same age aren't, based on whether they're wanted, clearly befuddled Franco and Michaelson.

“Why do you think that what’s actually gonna happen to a fetus in the future is gonna make this big difference between having some moral status and not?” asked Michaelson.

“Can't you only judge that in hindsight?” asked Franco.

Harman's argument views “personhood” as something that can only be discovered retroactively, with “wanted” fetuses having had personhood in the womb and “unwanted” fetuses not. If a woman decides to have an abortion, according to Harman, then her fetus wasn't a person. But if a woman goes on to gave birth to her baby, then that baby can be viewed as having been a person when in the womb.

Throughout the video, Franco furrows his brow.

There is an awkward pause after Harman says, “my view isn’t that if you do abort, abortion is okay but if you don’t abort, abortion would have been wrong. But what it turns out is that it’s a contingent matter that you have moral status. You actually have moral status but you might not have counted morally at all. If you had been aborted, you would have existed, but you just would have had this very short existence in which you wouldn’t have mattered morally.”

“I'm Pro-life after this stupid argument that makes no sense,” one YouTube commenter wrote. “You just said a fetus has moral status once it has a future and then you say that gives you the right to take that future away…﻿”

“I am pro choice but this argument makes no sense,” another commenter said.

Some people use language about “personhood” to deny that an embryo has a moral status, they wrote.

They “would be happy to say that they, and all like them, are human beings who began as zygotes or embryos, yet they would deny that all human beings are worthy of respect. 'Personhood' in this view is a status that human beings attain or that is bestowed on them socially.”

Such a view is “deeply misguided,” they argued.

Harman didn't say why not being killed is what makes someone a “person.”

Using her logic, an aborted human fetus is worthless because he was aborted, but being aborted is what made him worthless in the first place.

Throughout her argument, she acknowledged the humanity of the child in the womb by using words like “mother” and admitting that a grown man today is the same person a tiny embryo was years ago.