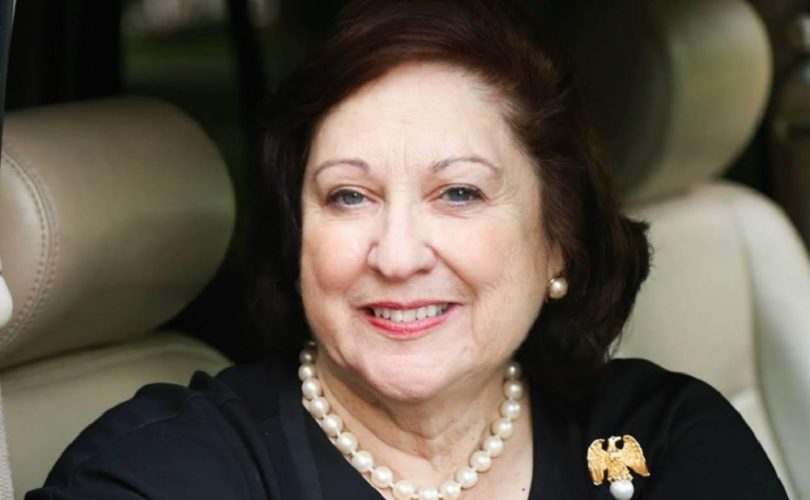 LSN: Thank you, Doctor Crouse, for speaking with us. First of all, what is the World Congress of Families?

CROUSE: We are scholars, researchers, religious leaders from many different faiths. We are local, national, and international advocates for life, marriage, and family. We are legislators, professionals, and lay people from numerous nations who recognize that the family is under attack as never before.

CROUSE: The family is under attack from internal forces, such as divorce, cohabitation, decline in marriage, promiscuity, abuse and violence, addictions, pornography – and the list goes on and on. The family is also under attack from outside forces, such as cultural coarsening, anti-family entertainment and rhetoric, sex trafficking and sexual exploitation, and extremists who want to shut down religious freedom and redefine marriage and family.

Our purpose is to expand each other's knowledge of the research findings, network among peers, strengthen our colleagues' efforts, and build new friendships among like-minded people from around the world.

CROUSE: Though we differ in many different aspects of beliefs, theology, and ideology, we agree on the importance of the natural family as the foundation of society. We recognize that the best place for sexual activity is between a husband and wife, and we believe that is by God's design. We support the scientific evidence that the best place for raising children is in a mom-and-dad married-couple family and that all children deserve to have, and need, a mother and a father.

Obviously, we recognize that the ideal of a mom-and-dad married couple family is not always possible. Death comes to us all at some point. Some couples must adopt to have children. All families have problems, and none are perfect, but love, respect, repentance when wrong, and a willingness to forgive and be committed can make relationships that fulfill the human need for unconditional love and acceptance.

LSN: What is WCF's legislative agenda?

LSN: The World Congress of Families' conference is coming October 27-30 in Salt Lake City. Why did you pick Utah Governor Herbert and Utah Attorney General Reyes to address the WCF?

CROUSE: Both Gov. Herbert and A.G. Reyes are strongly pro-life, and strong proponents of married mom-and-dad families as being the best place for children's well-being. The social science data is very, very clear about that – no room for disagreement when it comes to the statistics about where kids do best!

Additionally, there are numerous profiles of states indicating that Utah is at the top of family well-being in specific categories across the board. The Family Prosperity Index that the Sutherland Institute is compiling with the American Conservative Union (coming out in January) shows Utah at the top in 5 of 6 categories of family prosperity.

LSN: What can someone expect from attending the conference?

CROUSE: New attendees will find numerous people like them who are working to help support those who are dedicated to promoting life, marriage, and family.

We have built a strong program with some of the most outstanding speakers from around the world on these topics. The WCF9 will provide excellent intellectual stimulation, opportunities for strong bonds of fellowship and friendship, lots of entertainment and fun, and the motivation to stand united against those forces that would tear down the family.

We look forward to a wonderful WCF9; it will be a time of renewal that is needed after the difficult summer where the will of the majority of America people was overridden by an arbitrary, controversial SCOTUS decision redefining marriage – an institution that has prevailed throughout history and across cultures. What better time for pro-life, pro-marriage, and pro-family people to gather in the United States to reaffirm our faith in these three fundamental foundation stones of civilization?

LSN: You have your critics. LGBTQ leaders call you an “anti-gay” group.

CROUSE: We hold to the values and beliefs of the majority of Americans, yet a small group of activists who have unprecedented power with the media and ruling elites has been able to paint us with a broad brush of distortions, innuendos, and untruths to completely distort who we are and what we are like.

We are grateful that we know that truth will shine its light on the reality as it exposes the falsehoods. God will not be mocked; truth will prevail.

LSN: Have they backed off, or at least acknowledged your response to their accusations?

CROUSE: We called SPLC to determine why they labeled us a hate group. They mentioned vaguely our support of Ugandan anti-gay legislation. No WCF official has ever even gone to Uganda; WCF doesn't engage in political activity or legislative agendas. Ironically, none of the groups have referenced our document, but they have significantly decreased their accusations, if not their rhetoric.

They can shout “hate group” and “bigots,” but they can provide no evidence. We are very straightforward and unwavering about our strongly held beliefs, and we exercise our free speech, religious freedom, and freedom to gather. We do not and will not engage in “gay-bashing” or “hate” language.

LSN: So you are accused without evidence, just because they disagree with what you say. It seems the only ones LGBTQ activists want to have and use free speech are themselves.

CROUSE: We will state the Judeo-Christian foundation of our beliefs and opinions. We will cite the long history of traditional marriage and the politically correct changes of mind of numerous leaders now bashing those of us who hold to our faith-based views about life, marriage, and family. We believe strongly in the long democratic tradition on civil discourse; we will freely hold our meeting talking about our beliefs and values in positive ways.

It is ironic and hypocritical for the LGBTQ activists to hold press conferences and write articles attacking us, calling us a “hate group” and labeling us “bigots” and trying to shut us down, while saying we are the ones spreading hate, bigotry, and violence. They are using these tactics, of course, to fire up their activists and get publicity because they are a very small group with an outsized influence.

We can be attacked because we are a very small organization, with a small budget, without a massive PR campaign, and without an international power structure. We are a relatively safe target. Our opponents can characterize us any way they want to, and few people know that they are wrong. But ultimately, truth prevails, and people can only be fooled for a very short period of time.

LSN: The last congress was to be held in Russia but was canceled?

CROUSE: Most of us regretted the necessary decision to cancel our partnership with our Russian friends in co-sponsoring what would have been the WCF8. The U.S. would have been very proud to be a co-sponsor if the political situation at that time had not made that impossible.

The Russian pro-life, pro-marriage, and pro-family leadership decided to continue with their plans for the event – though not able to use the WCF8 label or have U.S. support. Several of us were able to go to the “revised” event, and it was a tremendous success, inspiring and excellent in every regard! It set a high standard for excellence of production and content.

We have many dear colleagues in Russia, and many of them are leading members of the Russian Orthodox Church. They saw their country devastated by Communism. After the fall of Communism, they recognized that if their nation was ever to rise to greatness again, it would be because of a strong family structure. These Russian friends have fought to re-establish the family as the foundation of Russia. We support their efforts, we encourage them, and we are proud of their efforts.

LSN: Thank you, Dr. Crouse, for speaking with LifeSiteNews. As the WCF meets in October at Salt Lake City, any final thoughts?

CROUSE: The WCF has a long, distinguished history – more than 20 years. We've had the support of leaders of nations who have worked hard to be considered supporters of life, marriage, and family when we met in their nations. It is very sad that when the WCF meets for the first time in the U.S., it will not be welcomed by our national leaders and, indeed, will face unprecedented opposition from the general public, when other nations have embraced us as a positive force welcomed in their country for the causes that we represent.