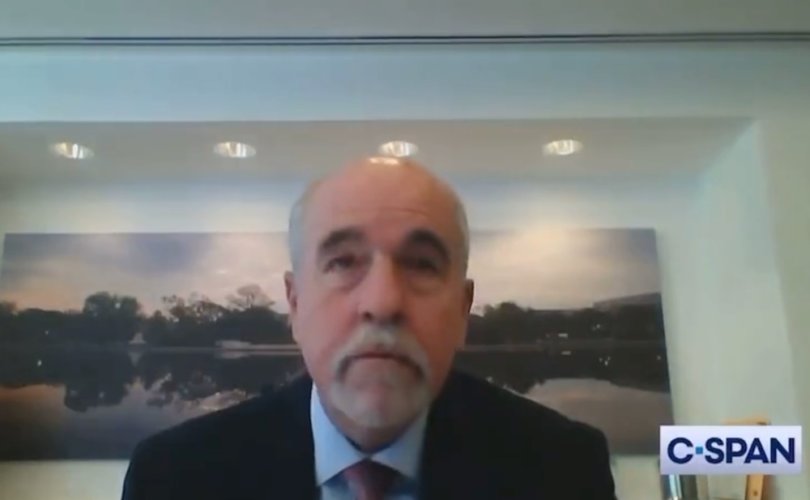 (LifeSiteNews) — The Senate Sergeant-at-Arms who oversaw security of the U.S. Capitol building during the January 6, 2021 riot has died, multiple sources confirmed Monday.

Former Sergeant-at-Arms Michael Stenger, 71, who handed in his resignation shortly after the Capitol riot, was reported to have died on the same day the House January 6 Committee announced a surprise hearing to present “recently obtained evidence and receive witness testimony,” Newsweek noted.

The outlet reported that Stenger’s death has been confirmed by Politico correspondent Katherine Tully-McManus as well as Fox News’ Chad Pergram.

In a Monday Twitter thread, Pergram wrote that “Stenger was a GOP appointee and in charge of security in the Senste [sic] wing of the Capitol on January 6 last year.”

2) Stenger was a GOP appointee and in charge of security in the Senste wing of the Capitol on January 6 last year. Republicans still controlled the Senate the day of the riot.

According to Pergram, Stenger had previously “testified about Capitol security before a Senate panel” that had probed the circumstances of the January 6 disturbance the month after it occurred.

While it’s unclear to date what precisely caused Stenger’s death, Pergram said that he had reportedly “been suffering from cancer.”

However, Stenger’s death just as the January 6 Committee comes to a close has generated questions.

In a Monday tweet noting that Stenger had passed away, Republican Rep. Marjorie Taylor Greene of Georgia shared a video of Stenger giving testimony to the U.S. Senate in February 2021.

In the video, Stenger said there were “lessons to be learned” from what transpired at the Capitol, and recommended an investigation into “what appears to be professional agitators.”

It’s unclear what Stenger meant by “professional agitators.” Conservatives have long speculated that federal law enforcement officers or informants may have been involved in the violence that occurred during the “Stop the Steal” protest.

For instance, questions remain unanswered regarding the role of Ray Epps, a January 6 protester who was caught on video urging people to enter the Capitol while Trump supporters shouted him down with chants of “fed, fed, fed.” Unlike many other January 6 protesters, Epps has not been arrested or charged with a crime.

To date, Stenger’s cause of death has not been disclosed. It’s unclear whether he had been scheduled to testify during the ongoing January 6 Committee hearings.

Newsweek noted that while it’s “not known whether the surprise extra hearing” had “anything to do with Stenger, it is certainly significant that one of the people who were on the frontline of the events of the Capitol riot is now gone and unable to give further testimony on what happened on that day.”