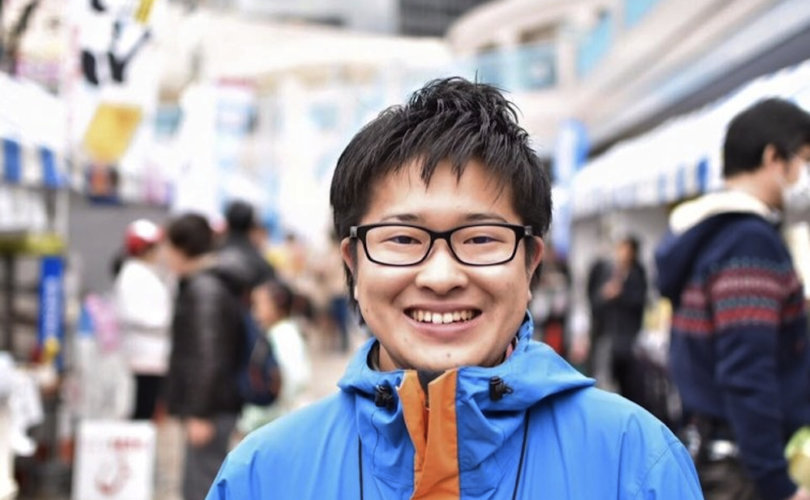 March 22, 2017 (LifeSiteNews) — Tomoya Hosoda, a new councilor in the city of Iruma, Japan, may be the world’s first female-to-male “trans” person elected anywhere.

Hosoda, 25, who first self-identified as a male while at university two years ago, says she will advocate for the elderly and LGBT persons.

“For me, coming out is just the starting point,” she told Out in Japan.

Japan elected its first “trans” politician — a male presenting as female — in 2003.

One of those issuing the diagnosis is Dr. Jun Koh. An Osaka psychiatrist, Koh believes that “simply, if a boy wants to wear a skirt he should wear a skirt.”

However, some psychiatrists and medical practitioners see gender dysphoria or gender identity disorder as a mental illness treatable by cognitive therapy.

Dr. Joseph Berger in Toronto and the American College of Pediatricians dispute the view that gender disorder it is inherent from before birth and treatable with hormones and surgery. This is to make the person’s appearance match his or her self-image.

The president of the College, Dr. Michelle Cretella, told LifeSiteNews that the new medical “standard” for people with GID is to treat their natural development in puberty as a disease. Doctors prescribe puberty-blocking hormones followed by hormones of the opposite sex.

Dr. Cretella said this approach is “wholly morally unconscionable because youth — even older adolescents — are not cognitively mature enough to provide informed consent for treatments that will result in long-term, irreversible, life-altering effects such as permanent sterility.”

Dr. Berger told LifeSite that more than three-quarters of those diagnosed with gender dysphoria in their teens have accepted their biological gender by their 20s if they receive no encouragement to live out their delusion.

According to the LGBTQ Representation and Rights Research Initiative based at the University of North Carolina in Chapel Hill, by 2015 fully 126 “transgender” or “gender variant” persons had run for office in 30 countries and 48 had won election.

Apparently, these were all biological males presenting as females. Hosoda, reported Pink News, is the first biological female presenting as a male to be elected anywhere. According to an article in the New Statesman, the overall numbers may seem large but “are a drop in the bucket” compared with hundreds of thousands of “cisgendered” candidates running each year.

Not only some psychiatrists and doctors disapprove of encouraging gender dysphoria, but so do moralists. The Catholic Church does not accept that people can change their gender.

Moira McQueen, executive director of the Canadian Catholic Bioethics Institute in Toronto, sums up the Church’s position. “Each of us is made in God’s image as man or woman; gender identity is determined at conception, genetically, anatomically and chromosomally; and a person must accept that objective identity.”

The Catechism of the Catholic Church states, “Everyone, man and woman, should acknowledge and accept his or her sexual identity. Physical, moral, and spiritual difference and complementarity are oriented toward the goods of marriage and the flourishing of family life.”