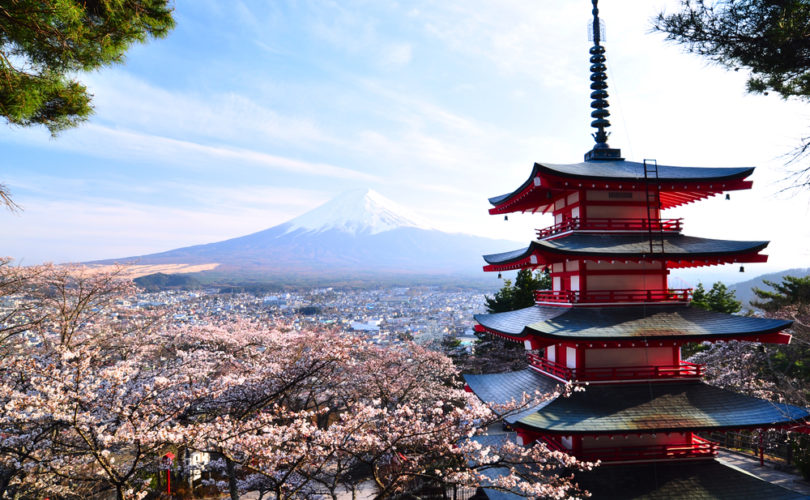 A comprehensive plan to reverse Japan's crashing population numbers was unveiled on Thursday by a government task force, which set a goal of increasing the fertility rate to 1.8 children per woman.

Japan currently has a total fertility rate of 1.1 children per woman, half that required for replacement, according to UN figures quoted by Dr. Brian Clowes, director of research for Human Life International.

According to Japan's Asahi Shimbun news service, the number of Japanese births hit a record low in 2013 while the death rate was the highest since the end of World War II. Health ministry officials determined that the nation’s population fell by a record 244,000 for the year.

“Creating prosperous, bright and vital local communities is a priority for the Abe Cabinet. The wave of economic recovery must reach every corner of the nation,” said Prime Minister Shinzo Abe in a press release announcing the birthrate improvement plan.

Shigeru Ishiba, minister in charge of overcoming population decline and reviving local economies, was more blunt. “Japan will die off” without proper countermeasures, he warned.

The long-term vision of the new policy is to keep Japan's population at about 100 million at least until 2060, by encouraging and helping younger people to get married and have babies.

The strategy outlined in the government plan is to encourage young people to relocate to areas outside the major metropolitan regions by fostering jobs and economic growth in small local communities that are now in danger of simply disappearing for lack of inhabitants.

Earlier this year, a Japanese government agency released a report saying that, 25 years from now, the number of women of childbearing age will be half the level it was in 2010 in half the municipalities across Japan.

The Japan Policy Council (JPC) said in the report, released on May 8, that 896 (49.8 percent) of 1,800 cities, towns, and villages across Japan will see the population of women between the ages of 20 and 39 drain away because of the devastatingly low birthrate and the constant flow of young generations from rural areas to major cities.

Moreover, Japanese youth are succumbing to what has been called “sekkusu shinai shokogun,” or “celibacy syndrome,” were young people don’t want to date, be intimate, get married, or have sex.

“I find women attractive but I’ve learned to live without sex. Emotional entanglements are too complicated,” said 31-year-old Satoru Kishino, in a Guardian report.

“I don’t earn a huge salary to go on dates and I don’t want the responsibility of a woman hoping it might lead to marriage,” another man said.

Another reason put forward for “celibacy syndrome” is the Japanese culture’s saturation in social media and technology.

“Japan has developed incredibly sophisticated virtual worlds and online communication systems. Its smart phone apps are the world’s most imaginative,” wrote Japanese-American author Roland Kelts, observing that the future of Japanese relationships will be largely technology driven due to the perceived need to escape into private, virtual worlds because of overcrowding in urban areas.

However, Prime Minister Abe hopes that “creating local communities in which young people can work with peace of mind, where it is possible to raise children and hold dreams and hopes for the future,” will be “the path to overcoming Japan’s population decline.”

“Unfortunately, local communities face a difficult situation,” the prime minister said. “If things continue as they are, some predict that some regions in Japan will disappear. This is a matter of utmost urgency and I think it is fair to say we cannot wait.”

Japan leads the world in population collapse
No babies, no future: Japan, and eventually, us
Far fewer teens having sex, or kissing…in Japan
In midst of demographic collapse, Japan approves ‘morning after’ pill