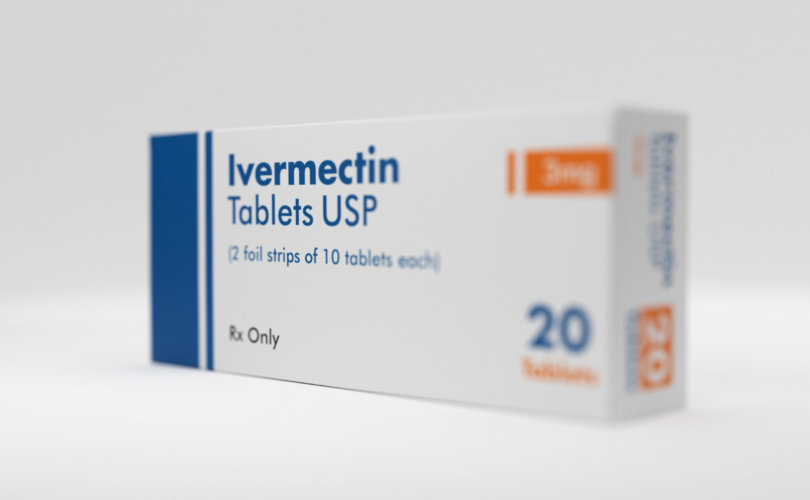 TOKYO (LifeSiteNews) – In February, the chairman of the Tokyo Medical Association, Haruo Ozaki, called on Japanese doctors to implement ivermectin as an effective medication to combat COVID-19. Given the recent rise in COVID-19 diagnoses in Japan, Ozaki called the baseline reluctance to use Ivermectin, on behalf the medical establishment, “deplorable.”

When he spoke about Ivermectin as a treatment for COVID in February, given the international hesitancy to use it as a COVID medication, he said, “…We cannot say that ivermectin is absolutely not effective, at least not me.”

In an interview with the The Yomiuri Shimbun on August 5, Ozaki spoke in detail about his opinion that ivermectin should be used in Japan and said that his early calls for usage have seemingly not been heeded.

He stated that there is evidence from multiple countries that ivermectin has proven effective for patients diagnosed with COVID: “I am aware that there are many papers that ivermectin is effective in the prevention and treatment of [coronavirus], mainly in Central and South America and Asia.”

He also cited a paper examining the preventative effects of ivermectin regarding coronavirus infections in India. According to a study by a group of researchers at the All India Institute of Medical Sciences, “Participants who took ivermectin prophylaxis had a lower risk of getting symptoms suggestive of SARS-CoV-2 infection.”

The Indian study included 3532 health-care workers. According to the study, those “who had taken two-doses of oral ivermectin have a significantly lower risk of contracting COVID-19 disease during the following month.”

In the abstract, the study states as a summary of the evidence: “Two-doses of oral ivermectin (300 μg/kg given 72 hours apart) as chemoprophylaxis among HCWs reduces the risk of COVID-19 infection by 83% in the following month.”

Chairman Ozaki stated that despite evidence suggesting the efficacy of ivermectin, it is difficult to obtain the medication. He added that while ivermectin’s established effectiveness is increasingly clear, the U.S. company that manufactures the drug, Merck & Co., Inc., have currently limited distribution because they claim that the drug is ineffective at treating COVID.

“With the view that it is not effective for the treatment and prevention of sickness, there is an intention that it should not be used for anything other than skin diseases such as psoriasis.”

This has led to a situation where, according to Ozaki, “Even if a doctor writes a prescription for ivermectin, there is no drug in the pharmacy.” He said that this has rendered the drug practically “unusable.”

He contends that the fact that supply has been stopped by Merck & Co. is evidence that it does in fact work at treating COVID: “But (Merck) says that ivermectin doesn’t work, so there shouldn’t be any need to limit supply. If it doesn’t work, there’s no demand. I believe it works, so block supply. It looks like you are.”

— Article continues below Petition —
PETITION: No to mandatory vaccination for the coronavirus
Show Petition Text
1081969 have signed the petition.
Let's get to 1100000!
Thank you for signing this petition!
Add your signature:
Show Petition Text

Ozaki also mentioned the FLCCC Alliance, a group founded by Dr. Pierre Kory, M.D., M.P.A., that advocates for ivermectin use for COVID treatment.

About the effectiveness of Ivermectin he said, “We already have a drug (ivermectin) which is low cost, safe, widely available which has been proven to work in many phases of disease — not only as outpatients but in all patients,..”

Referencing Kory’s work in America, as well as international research into Ivermectin, Ozaki state: “A group of American clinicians (FLCCC) has announced that ivermectin is effective against [coronavirus] in South America, Asia, etc., and a group of doctors, such as the British Ivermectin Recommendation Group (BIRD), has compiled many papers. I was convinced that it was ‘effective’ from the meta-analysis analyzed in the above, and recommended ivermectin to medical sites around the world.”

He said that he “also told the Japan Olympic Committee that ivermectin should be used effectively when holding the Tokyo Olympics. But the government didn’t do anything.”

He addressed the reluctance on behalf of the medical establishment in using ivermectin to treat COVID. He said “there are problems for researchers in academia and professors in universities. Many do not do anything by themselves, but they are of the opinion of international organizations such as the WHO and large health organizations in the United States and Europe that ‘it is not yet certain whether ivermectin will work for the [coronavirus].’”

“We don’t do it on our own initiative, but only on the opinions of others. Why don’t we try to see for ourselves why ivermectin works? It is deplorable that there are critics, researchers, and scholars who are constantly criticizing without doing anything. I hope that Japanese academics will contribute more actively.”

Evidence that ivermectin is effective in treating COVID has been well attested in developing nations where vaccines are not widely distributed. Another study in France also suggested that ivermectin ought to be used as a remedy for COVID.

On May 25, the Indian Bar Association served a legal notice to Dr. Soumya Swaminathan, a Chief Scientist for the World Health Organization (WHO), relating to the harm she allegedly caused the people of India by campaigning against the use of ivermectin.

In Mexico city, a home-treatment-kit, including ivermectin was created, for its 22 million-strong population on December 28, 2020, following a spike in cases of COVID-19. Also, doctors were encouraged to use Ivermectin and other therapeutic drugs in their practice when dealing with COVID-positive patients. The effort resulted in a 52–76 percent reduction in hospitalizations, according to research by the Mexican Digital Agency for Public Innovation (DAPI), Mexico’s Ministry of Health, and the Mexican Social Security Institute (IMSS).

Despite international evidence from multiple countries, and decades of safe use of Ivermectin for various ailments, Anthony Fauci has told Americans to not take Ivermectin for COVID. On a recent appearance on CNN, when asked about whether people should take Ivermectin he said, “Don’t do it. There is no evidence whatsoever that works, and it could potentially have toxicity.”