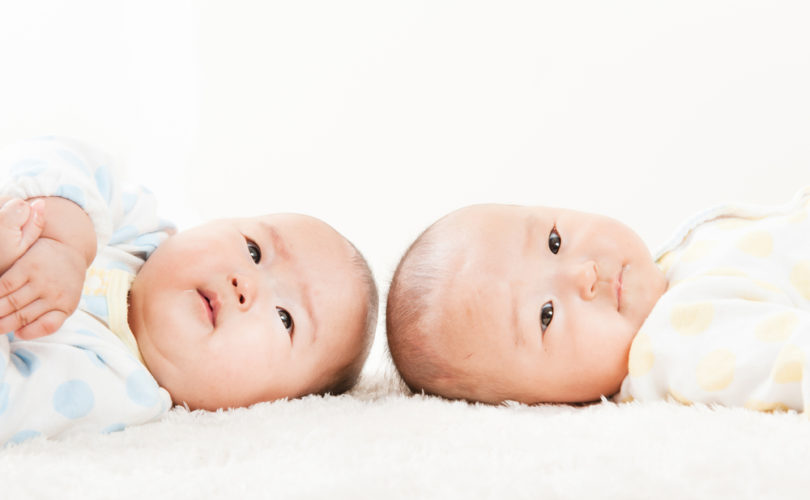 “[Its n]ow or never when it comes to policies regarding births and child-rearing: it is an issue that simply cannot wait any longer,” Kishida told the National Diet, Japan’s legislature, on Monday. “Japan is standing on the verge of whether we can continue to function as a society.”

The speech marked the beginning of the 150-day regular session of the Diet, according to Japan Today.

Kishida explained that last year the number of  births in Japan fell below 800,000 for the first time. The figure, an estimate that comes from statistics gathered by the Japanese government last month, comes eight years before the low was expected.

The prime minister said that the government must adopt policies to “create a child-first economy and society” and announced the formation of the Children and Families Agency. This body, to be set up in April, will oversee government policies to help parents raise children. Kishida also called for government spending on programs related to child-rearing to be doubled. The budget would be finalized by June.

While he did not elaborate on how the government would finance the programs, Kishida said, “We will consider how society as a whole can stably support children while making various efforts.” The prime minister also said that, in addition to promoting child-rearing, the aim of the policies was to ensure the “sustainability” of the Japanese economy, the third largest in the world.

The government anticipates having an official plan to address the population crisis outlined by March, the Guardian reported. The outlet also stated that the programs outlined by the plan would grant larger child allowances, offer greater access to after school care, and allow for parents to take leave to raise their children.

The Japanese population has faced an aging, plummeting population for over a decade. In 2013, the number of elderly people in Japan officially overtook the number of children. Currently, 28% of Japanese people are over 65, making it the country with the second largest population of elderly citizens. Monaco has the largest.

As of 2020, the Japanese fertility rate was 1.34, well below the 2.1 necessary to maintain a healthy society, and has remained steady. That same year, a study published by The Lancet posited that the current rate of Japanese population decline would result in a population of 60 million in 2100. The study also cites a U.N. Sustainable Development Goal figure that predicts that the Japanese population by 2100 will be fewer than 53 million people. The current population of Japan is just under 125.5 million.

Japan’s falling birth rate is driven by multiple factors, including economic worries such as the cost of raising children, the use of contraception, and the rising number of women in extended education and the work force.

Japan has attempted to curb its population decline in the past, with subsidies for childcare, pregnancy and childbirth. However, some have suggested that the policies in place favor those who already have children, rather than help those who need help getting married and have children.

Kishida’s speech followed news  last week that neighboring China’s population decreased for the first time in sixty years, something that was not anticipated for another decade.