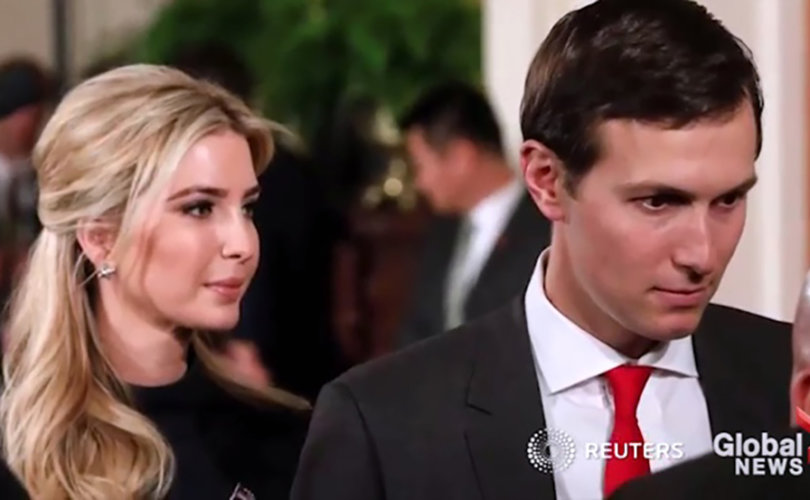 Ivanka and husband Jared, both of whom have been given significant roles in the Trump administration. It is highly unusual for family members of a president to be given such authority.

May 29, 2020 (LifeSiteNews) – Presidential son-in-law Jared Kushner is overseeing a push to drastically overhaul the official Republican Party platform for 2020, according to a new report, including cutting a reference to protecting parents’ right to decide what’s best for children struggling with gender confusion or same-sex attraction.

Axios reported that Kushner, husband to President Donald Trump’s daughter Ivanka, wants to condense the GOP platform from a 58-page document to a single-page list of “something like the 10 principles we believe in.” Members of the Trump campaign and the Republican National Committee (RNC) are currently negotiating the details.

Kushner’s broader goal is reportedly to purge the platform of any language that could be construed as “alienating” potential newcomers to the GOP. To that end, the report says, he has balked at the word “freedom” in branding school choice policies, as the term supposedly fails to resonate with black voters.

The most contentious known change so far, however, would be the removal of the following line, which currently stands in the 2016 GOP platform: “We support the right of parents to determine the proper medical treatment and therapy for their minor children.”

“Kushner said that he didn't want to see anything about ‘gay conversion therapy’ in the 2020 Republican platform,” Axios reported, as LGBT Republicans strenuously objected to the line in 2016. Kushner hopes the change would appeal to homosexual voters going forward, apparently without concern for how how it could alienate voters in the GOP’s traditional social-conservative base.

Reducing the Republician platform from 58 pages to just one would have the result of giving liberal Republican candidates cover to adopt a broad range of unconservative views while claiming to still be in keeping with the party’s official values. Specifically, abandoning parental rights in children’s therapy would represent yet another surrender in the culture wars.

Despite common left-wing insistence that so-called “conversion” therapy is junk science (based largely on misrepresenting simple, professional counseling as involving discredited practices such as electric shock), there are studies that indicate, and former homosexuals who attest to, reparative therapy’s success in improving their lives.

The latter, such as Angel Colon and Drew Berryessa, say they want others currently struggling with unwanted same-sex attraction to have access to the same help overcoming it.

Similarly, a range of medical literature suggests that indulging rather than correcting children’s gender confusion is harmful in the long run, in no small part because fixating on “gender affirmation” tends to distract from exploring other issues that may be at the root of a patient’s mental or emotional unrest.

Pro-family advocates say LGBT activists oppose reparative therapy not out of concern for children’s mental health but because it undermines their ideological opposition to sex as a biological reality rather than a matter of perception.

While an incumbent president’s allies generally exert considerable influence over the formation of a party’s platform every four years, Kushner cannot implement any of these changes on his own. The 2020 platform’s final language will be decided by the 112-member platform committee at August’s Republican National Convention, then put to a vote of all of the delegates.