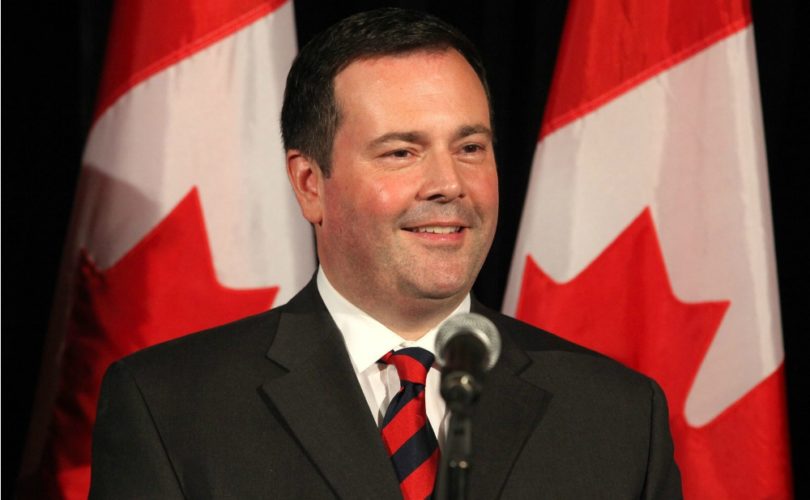 The minister of defence and multiculturalism said that of the three major parties, the Conservatives “are the only party that allows MPs to vote with their conscience on matters of the sanctity of human life and moral conscience.”

“Regrettably, the other parties have said that … candidates who do not share their party’s extreme positions on these issues are not permitted to even run,” Kenney stated. “So at least the Conservative Party permits a diversity of opinion and votes of conscience on questions related to the sanctity of human life.”

Kenney, who political observers say has emerged as the top and most trusted Conservative spokesperson after Prime Minister Stephen Harper in this historically long campaign, made his remarks at a breakfast for Vincent Samuel, candidate in the newly created riding of Hamilton West-Ancaster-Dundas.

“I would say that in this election, the most immediate challenge to the sanctity of human life, from my perspective, is the legalization of euthanasia,” Kenney told Samuels’ supporters.

The Supreme Court struck down the prohibition against physician-assisted suicide February 6, 2015, and gave Parliament a year to pass legislation regulating the practice.

But the Tories “have appointed an expert panel made up in part of disability activists who are terribly concerned about the implications” of the decision, especially “for the elderly and the infirm.”

“Should we go in the same direction as Holland for example?” Kenney asked, naming a jurisdiction in which reports indicate that euthanasia has become virtually available on demand.

“So I think if you’re concerned about life issues,” the Catholic Kenney told supporters, “we have to do what we can in this election to elect MPs who are going to be very careful about creating a regime that could end up devaluing the lives of those who are elderly, and the infirm.”

Jim Hughes, president of Canada’s pro-life political lobbying group, says that Kenney “is quite right in pointing out to everyone that it is the Conservative party only that still allows for individual conscience rights on life issues” of the three major parties.

He concurred with Kenney that the NDP and Liberal parties “are extremist in their views” pointing out that these “two parties are denying the democratic freedom to their backbenchers and caucus members by implementing dictatorial, anti-life policies.”

“For instance, on the abortion issue, they criticized Mr. Harper on not exporting abortion to Third World countries.” he told LifeSiteNews. “I expect that if they do attain power, one of the first things on their agenda will be to export abortion to the Third World.”

Hughes says that the Liberals and NDP have “applauded the Supreme Court’s dictatorial position” on doctor-assisted suicide, and stated that if they form government in the October 19 election, they will “prefer to do nothing.”

Kenney’s remarks on euthanasia came a weekend after the Canadian Conference of Catholic Bishops issued a strong statement against physician-assisted suicide, in which the bishops professed astonishment at candidates’ silence on this issue in the current election campaign.

Hughes says in his view this silence echoes another silence – from the churches.

Up to now, he contended, “many people have heard absolutely nothing from the pulpits in the various churches and various faith communities, and the result of that is the people are ignorant and unaware of what’s been happening,” he said. “I applaud what the bishops are doing now.”

Pro-life candidates running in this election have everything to gain by clearly stating their opposition to doctor-assisted suicide, Hughes said.

“If they are able to explain what’s involved here, it would not be a threat to them at all. In fact it would help them in winning the election, because once people find out what this is all about” and see how quickly euthanasia has become rampant in such countries in Holland, they will oppose it.

Polls and media have cast the campaign for the October 19 election as a dead heat contest between the three main parties.