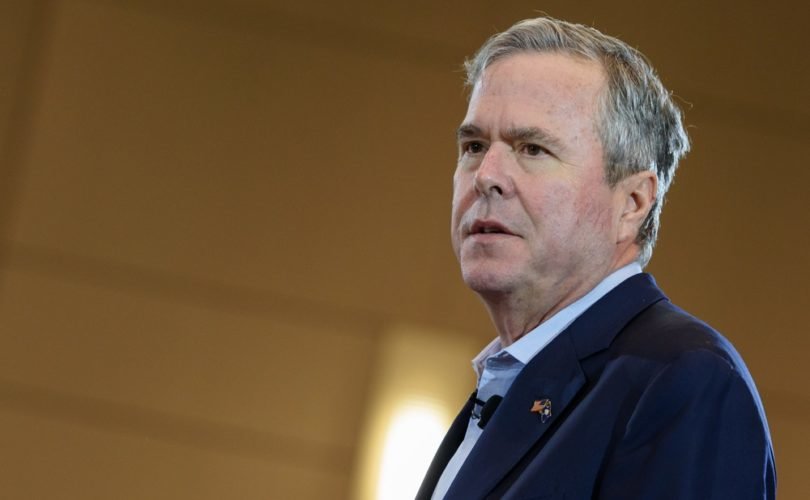 While considered a strong candidate by traditional metrics when he entered the race last year – with many large donors, enormous funds, and a solidly conservative record as governor – Bush's campaign was overwhelmed by the same Trump effect that has upended the Republican Party establishment and primary process.

Bush's record on social issues was tarred by his membership on a Bloomberg philanthropic board that gave $50 million to international abortion advocacy. LifeSiteNews's reporting on the Bush connection to the funding was quoted by Fox News's Megyn Kelly in the first GOP debate of the 2016 primary season.

The campaign said Bush was not involved in that spending.

Donors and other supporters are likely to shift over to Kasich – a moderate candidate whose campaign is focusing on optimism, fiscal issues, and experience  – or to Rubio, a conservative former Bush protégé who will now likely win the Florida primary.