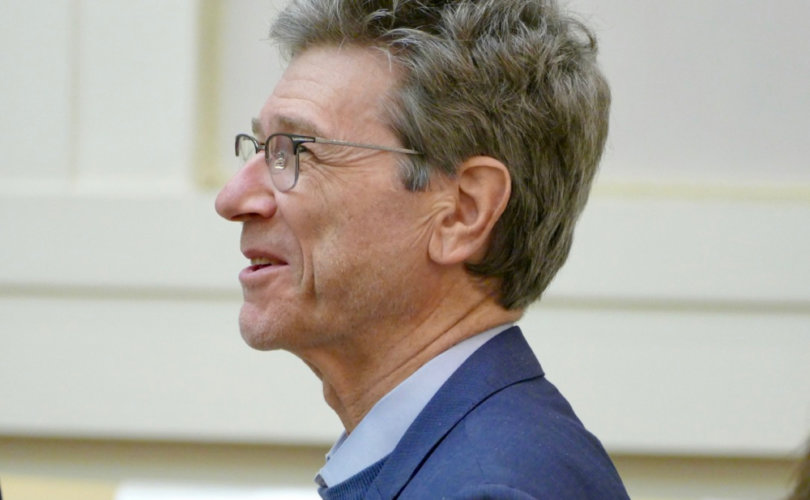 At a conference organized by the Pontifical Academy of Sciences, United Nations advisor Jeffrey Sachs said, “Believe me, Donald Trump didn’t think of pulling out of the Paris agreement.” To laughter, he added, “He doesn’t think of much.”

The conference, Health of the People, Health of the Planet and our responsibility: Climate Change, air pollution, and health, launched today with many pro-abortion population control advocates in attendance.

Professor Ram Ramanathan, a member of the Pontifical Academy of Sciences, predicted possible catastrophic events due to global warming with billions suffering from extreme heat and disease in as little as two generations.

In response to the presentation there was no consideration given to scientists who dispute global warming. In one intervention responding to Ramanathan, Sachs said it was only big business fighting global warming. “Understand who is fighting this,” he said. “What we’re saying is not opposed by most of society,” but businesses such as “Exxon Mobil, Chevron, Koch industries and some others.”

“We need to point the finger at those who are absolutely putting humanity at risk –real finance, real power,” he added. “Believe me, Donald Trump didn’t think of pulling out of the Paris agreement. He doesn’t think of much.”

“He was told to pull out of the Paris agreement by 22 Republican senators who are funded by Koch industries.”

Sachs told the group they should not ignore or underestimate the Paris Climate Agreement which would push forward their agenda. He presented its passage as contingent on the intervention of Pope Francis.

“The Agreement itself came about in part through not only spiritual intervention by Pope Francis,” said Sachs, “but direct intervention in many ways.”

The remarks echo those he made last year noting that the Pope’s encyclical Laudato Si was key for the passage of the Sustainable Development Goals in addition to the Paris Climate agreement.

Pro-life and pro-family groups which lobby the UN have long warned that the UN’s SDGs provide cover for a population control agenda that seeks to enshrine a global “right” to abortion and contraception under the guise of reducing poverty and protecting the environment.

Target 3.7 of the SDGs explicitly calls for “universal access to sexual and reproductive health care services.” The UN defined these terms at the 1994 Cairo conference to mean providing women with “modern contraception” for “family planning” and with “safe abortion” where it is legal.