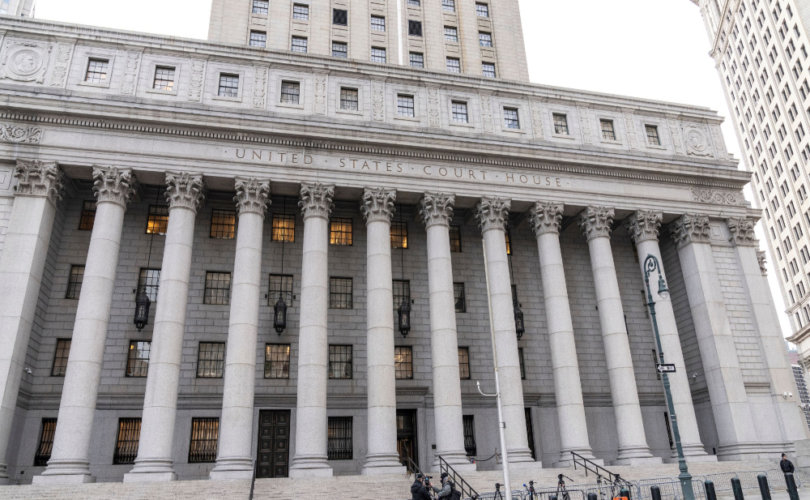 Maxwell was convicted in December on charges of sex trafficking, transporting a minor to participate in illegal sex acts and two charges of conspiracy.

According to Fox News, Nathan said a “very significant sentence is necessary” and she desired to send an “unmistakable message” with the lengthy sentence.

While a sentence of 20 years was shorter than the 30 to 55 years prosecutors argued for, it is much longer than the five-year sentence Maxwell’s lawyers were seeking.

At age 60, Maxwell could spend the rest of her life in prison for her involvement in Epstein’s underaged sex trafficking and blackmail ring.

As reported extensively by LifeSiteNews, the Epstein-Maxwell saga has drawn international headlines for years after it became apparent the billionaire sex offender had ties to the Clintons, Prince Andrew, Bill Gates, and other high-profile elites.

While Epstein himself never stood trial, as he allegedly committed suicide while under “suicide watch” in his jail cell in 2019, many have questioned the suicide and whether the well-connected financier was actually murdered as part of a cover-up.

These theories were only emboldened when investigate reporters at Project Veritas discovered that the major news outlets of ABC and CBS News quashed a purportedly devastating report exposing Epstein.