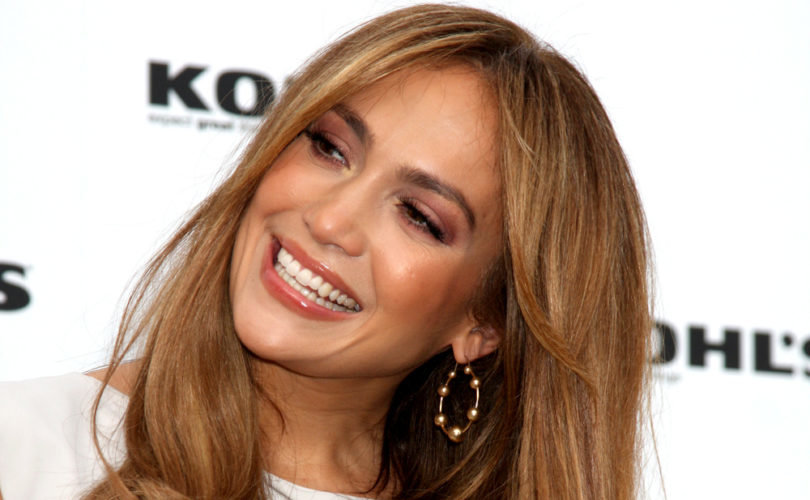 Singer Jennifer Lopez gave a surprise performance Wednesday at Free the Children’s We Day event in Vancouver that was so sexually-charged numerous teachers and students were questioning the charity’s prudence in hosting her.

Among the 20,000 children in the audience, many as young as 12, were Catholic students from the Catholic Independent Schools of the Archdiocese of Vancouver.

JLo first took to the stage wearing a white coat but quickly ripped it off behind a makeshift cover of black feathers to reveal a metallic fringe leotard that left little of her famous derrière to the imagination.

While most fans seemed to enjoy the performance, her outfit and dance moves left some students and teachers questioning whether JLo was an appropriate choice for a surprise guest at We Day, an event that saw middle school and high school-aged students in attendance.

The We Day event aims to activate young people to fight poverty and injustice in developing nations. Free the Children, founded by Catholic brothers Marc and Craig Kielburger in 1995, “believes in a world where all children are free to achieve their fullest potential as agents of change,” states the website.

The charity has a history of being in conflict with Catholic teaching on abortion and contraception. In August the organization defended the hiring of a Toronto based manager who moonlighted as a gay stripper. Last month the organization brought American hip-hop recording artist Big Sean, whose profanity-laden repertoire is riddled with songs that portray women as “b*tches” and “whores” whose only value lies in pleasuring men, to perform at We Day Toronto.

A number of family advocates including Gwen Landolt of Real Women of Canada and Jack Fonseca of Campaign Life Coalition have said the time has come for Catholic school boards to separate themselves from Free the Children.