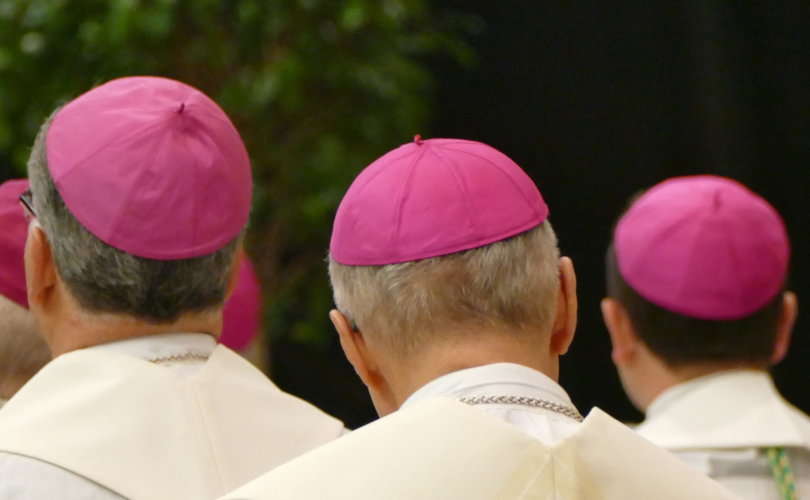 U.S. bishops during a Mass at their fall 2016 gathering.

Archbishop Timothy Broglio of the Archdiocese of Military Services was elected to chair the bishops' International Justice and Peace Committee. He received 127 votes and McElroy received 88.

Bishop McElroy is among the slate of liberal bishops in the U.S. given new prominence under Pope Francis. At last year's meeting, he joined Chicago Cardinal-elect Blase Cupich in an unsuccessful bid to push the USCCB to downplay issues like abortion and religious freedom in favour of poverty and the environment.

McElroy has called the language on homosexual acts that the Church uses in the catechism “very destructive.” In a recent voter guide, he put environmentalism on par with abortion. Shortly before the 2016 presidential election, McElroy accused a priest in his diocese of “fanning the flames of hatred” after he defended the Church's “non-negotiable” moral issues and gave his parishioners strong advice on matters of prudential judgment within Catholic teaching.