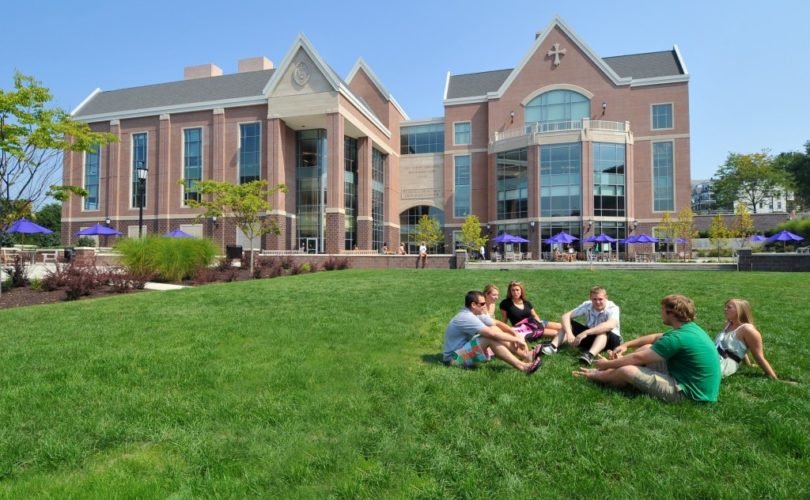 The University of Scranton has been criticized for undermining Church teaching in the past.

SCRANTON, PA, February 13, 2015 (LifeSiteNews.com) — The president of a Jesuit university has announced to his faculty and staff that the school’s health plan will no longer cover abortion for the so-called “hard cases.”

Father Kevin Quinn, S.J., wrote a February 10 letter to University of Scranton employees explaining the changes, to take effect after the current contract expires August 31 of this year.

“I recognize that abortion is a painfully divisive issue nationally and that Catholic and Jesuit colleges and universities have not been immune to this divisiveness,” Father Quinn wrote. “Nevertheless, the moral teaching of the Church on abortion is unequivocal.”

He then quoted Evangelium Vitae for staff: “Circumstances, ‘however serious or tragic, can never justify the deliberate killing of an innocent human being,’ and ‘[n]o one more absolutely innocent could be imagined’ than the unborn child.”

At present the Pennsylvania university covers “abortion services which are necessary to avert the death of the woman and services to terminate pregnancies caused by rape or incest,” according to Page 10, Section F of the current contract, which went into effect in September 2012. Coverage also includes illness or injury caused by complications from abortions occurring within the constraints of the related policy.

“The current coverage was put in place in the 1990s to comply with the limits of Pennsylvania state law for traditional insurance plans,” said Father Quinn, university president since 2011. “Although the coverage is limited, it is inconsistent with the moral teachings of the Church.”

The University of Scranton has made some past headlines for activities in conflict with the Church.

Late last year some faculty members attended the homosexual “marriage” of a fellow professor in an action that showed “strong support for the marriage,” the student newspaper reported. The article also stated that a school spokesman wished the couple “all the best” on behalf of the Jesuit University.

In 2012 Scranton Bishop Joseph Bambera asked the school to withdraw the speaking invitation of a pro-abortion Pennsylvania congresswoman, and was rebuffed.

In addition to citing Catholic teaching in the February 10 letter, Father Quinn explained that logistically there was no reason for the University of Scranton to provide abortion coverage.

“Considerable deliberation and research has made clear to me that because the University is self-insured we can, and therefore must, offer insurance plans that are free of all abortion coverage,” he said.

He closed by acknowledging possible existing differences of opinion on the subject of defending life, but said ultimately Church teaching must be upheld.

“Within our respective roles and responsibilities, we are all stewards of the University and its Catholic and Jesuit mission,” said Father Quinn. “Regardless of your personal views on this subject, I hope that you can understand the necessity that as a Catholic institution we must behave consistently with the Church’s moral teaching on abortion.”