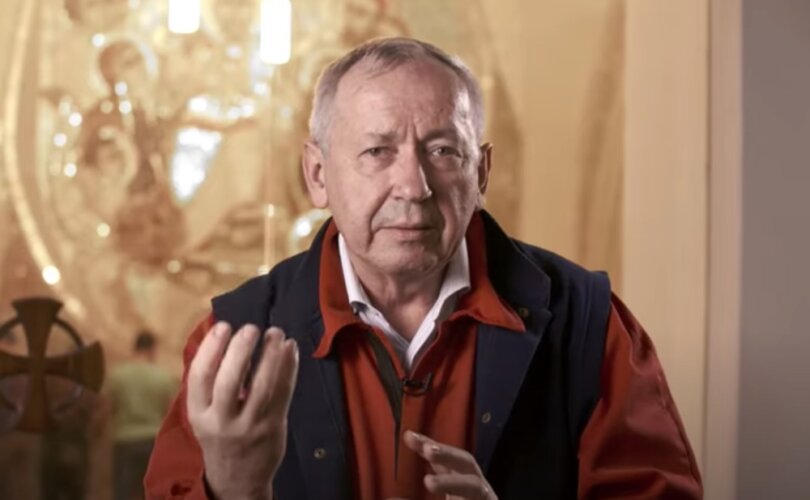 VATICAN CITY (LifeSiteNews) — The Jesuit Order has confirmed that a now disgraced member, Father Marko Ivan Rupnik, had indeed been excommunicated “two years” prior to the Vatican opening an investigation into further offenses, thus supporting claims that Pope Francis personally intervened in defense of Rupnik.

As reported by Italian news outlets Silere non Possum, Messa in Latino and Left.it, Rupnik was accused of psychologically and sexually abusing religious sisters in allegations that dated back 30 years. The religious community of nuns was founded by a nun to whom Rupnik was both a friend and a “spiritual father.”

Rupnik had also been automatically excommunicated and found guilty by an ecclesiastical court of absolving in confession a woman with whom he had sexual relations.

Messa in Latino reported that Rupnik had already been found guilty by an ecclesiastical trial after he absolved an accomplice in Confession. With this being a direct violation of Canon 977, Rupnik thus would have incurred an automatic excommunication, or a latae sententiae excommunication, according to Canon 1378 §1.

Messa in Latino also wrote that Pope Francis had reportedly intervened within just “a few hours” to lift Rupnik’s excommunication.

In a statement released December 3, the Jesuits made no mention of Rupnik’s alleged excommunication, nor of Pope Francis’ alleged intervention, concentrating instead on the abuse allegations made against him – allegations which have now been dropped by the Congregation for the Doctrine of the Faith (CDF).

Now, though, the Jesuit superior general has admitted that Rupnik was indeed excommunicated, thus corroborating part of Messa in Latino’s report.

Speaking to the Associated Press (AP), Fr. Sosa confirmed that Rupnik had been investigated by the CDF for absolving an accomplice in Confession and that the excommunication had been incurred.

The CDF “said it happened,” said Sosa, “there was absolution of an accomplice.”

“So he was excommunicated,” stated Sosa. “How do you lift an excommunication? The person has to recognize it and has to repent, which he did.”

10 long, *long* years of this papacy… interview after interview, speech after speech… so, so many empty words… 🤮 pic.twitter.com/s3RJTtYTXI

When questioned about why the Jesuit Order had not mentioned this until now, Sosa stated that the matter of excommunication was separate from the abuse allegations investigated by the CDF, and hence treated separately: “They were two different moments, with two different cases.”

In its December 3 statement, the Jesuit Order had revealed that Rupnik is still facing restrictions on his public ministry, which date back to 2021. However, Sosa – according to the Associated Press – said otherwise, revealing that the restrictions imposed on Rupnik by the Jesuits actually dated from the date of the CDF trial relating to Rupnik’s absolution of an accomplice.

The AP did not state whether Sosa gave a precise date for this, but did say Rupnik was excommunicated “some two years” prior to the CDF’s decision to drop its investigation into the separate abuse allegations. Messa in Latino previously reported that a “high level source” had confirmed Rupnik had faced trial earlier this year.

The actual event in the confessional dates back to 2015, reported the AP, citing “a person familiar with the case who was not authorized to speak about it.”

Rupnik reportedly swiftly confessed and “formally repented,” with the CDF then “immediately” lifting the excommunication, according to Sosa’s replies to the AP.

What now in the Rupnik case?

Sosa’s confirmation of Rupnik’s excommunication still only provides a small part of the large amount of missing information surrounding the whole case. It does confirm that Rupnik incurred automatic excommunication, due to having committed a direct violation of Canon 977, with the excommunication being according to Canon 1378 §1. Canon 1378 §1 states: “A priest who acts against the prescript of can. 977 incurs a latae sententiae excommunication reserved to the Apostolic See.”

Sosa stated that all that was needed to lift the excommunication was for Rupnik to “recognize it and has to repent, which he did.” However, Canon 1378 §1 specifically states that it is “reserved to the Apostolic See,” meaning that Rupnik cannot simply acknowledge his actions and then move on.

But still unanswered is the claim made by Missa in Latino that Pope Francis intervened “within hours” to lift the excommunication placed upon Rupnik. The AP reported that Sosa was asked what Francis might have known about Rupnik and whether he intervened. In response, the Jesuit superior stated:

he “could imagine” that the prefect of the dicastery, [CDF] the Jesuit Cardinal Luis Ladaria, would have informed the pope of such a decision.

The AP stated that CDF officials either did not respond to their emails, declined to comment, or referred the questions to the Holy See Press Office, which in turn said the matter was one for the Jesuits.

LifeSiteNews also contacted the Holy See Press Office asking what Pope Francis knew and if he intervened, and will update this report upon receipt of an answer.

The second matter still remains – that of Rupnik’s alleged sexual and psychological abuse of female religious in Slovenia in the 1990s. Rupnik was accused of “psychological abuse and sexual violence,” and after allegations were made, the bishop of Ljubljana removed the Slovenian Jesuit from the diocese in 1992-93.

ACI Prensa reported that a “source” informed the news outlet Rupnik had abused at least nine nuns, and Left.it wrote that one of the nuns had attempted suicide following the alleged abuse.

Rupnik, a prominent artist, has gained increased notoriety in recent years due to painting the official image of the 2022 World Meeting of Families and, upon the request of Pope John Paul II, leading the renovations of the Vatican’s Redemptoris Mater Chapel.

These allegations came to the attention of the CDF in 2021, which then issued an investigation into Rupnik, led by fellow Jesuit Bishop Daniele Libanori – the auxiliary bishop of the Diocese of Rome.

However, the investigation was closed in October 2022, due to the case being outside the statute of limitations.

Messa in Latino wrote that the Jesuit’s attorney general wished to take Rupnik’s case to trial since the abuses were “defined as ‘gruesome’,” but, according to the blog’s sources, the trial was prevented due to Francis:

Despite this it seems that, due to the Holy Father’s intervention, the process did not take place precisely because it was “time-barred” [bound by the statute of limitations.]

The CDF has previously waived the statute of limitations, but for some reason did not do so on this occasion.

“The Dicastery for the Doctrine of the Faith is headed by a Jesuit, has a Jesuit sex crimes prosecutor & had as its No. 2 at the time someone who lived in Rupnik’s Jesuit community in Rome.”

Jesuits used to be noted for apostolic zeal
instead of covering one another’s sex crimes https://t.co/kycC6fLpvj

Commentators have pointed to the high number of Jesuits involved in the entire affair. Indeed, each of the named individuals in the case – Pope Francis, Fr. Rupnik, Cdl. Ladaria [head of the CDF], Bishop Libanori [lead investigator into Rupnik], Fr. Sosa – are all Jesuits.

As Vaticanista Sandro Magister recently observed, while the Jesuit Order has seen a decline in size in recent years, its power over the future of the Church has never been greater. “Francis has equipped himself with a veteran attack team, all his own and made up entirely of Jesuits,” wrote Magister.