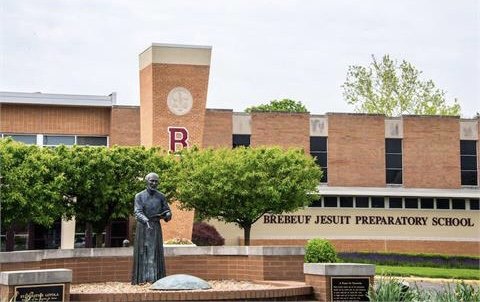 INDIANAPOLIS, June 25, 2019 (LifeSiteNews) — In response to a decree by Indianapolis Archbishop Charles Thompson that Brebeuf Jesuit High School is no longer a Catholic school, Midwest Jesuits cited their “conscience” while refusing to dismiss a teacher in a same-sex “marriage.”

In a statement, Father Brian Paulson, SJ, declared that the Midwest Province of Jesuits “will appeal this decision through the formal appeal process established in church law: first, pursuing local recourse to the archbishop, and, if necessary, hierarchical recourse to the Vatican.”

Following a process of two years in which the Jesuit school refused to fire a teacher who was found in a same-sex “marriage,” Archbishop Thompson decreed that the school “can no longer use the name Catholic and will no longer be identified or recognized as a Catholic institution by the Archdiocese of Indianapolis.” His decree came when the school refused his request to not renew the employment contract of a teacher who was found to be in a same-sex “marriage.”

According to Canon law experts, the archbishop does have the authority to strip the “Catholic” title from a school within his diocese, but his authority may be unclear with regard to schools administered by a religious order.

The Jesuit-edited America Magazine quoted Kurt Martens, a professor of Canon law at Catholic University of America who said the order, which runs the school, is a “public juridical person” under Canon law. Martens said the archbishop clearly has control over diocesan schools, “but when you get to the level of religious, what … control that a bishop still has” is not clear.

However, because the Jesuits administer the school, there is a dispute over the archbishop’s authority to intervene in the school’s internal administration. The canonical appeal process will begin at the diocesan level but may wind up at the Congregation for Catholic Education at the Vatican. The appeal process will develop over the next month and involve issues that include a bishop’s oversight of Catholic education within his diocese as well as his relationship with religious orders.

According to Canon 806 in Canon law governing the Latin rite of the Catholic Church:

“Can. 806 §1 The diocesan Bishop has the right to watch over and inspect the catholic schools situated in his territory, even those established or directed by members of religious institutes. He has also the right to issue directives concerning the general regulation of catholic schools these directives apply also to schools conducted by members of a religious institute, although they retain their autonomy in the internal management of their schools.”

In an interview with America Magazine, Paulson said, “I acknowledge that the archbishop definitely has the right to decide what ministries/apostolates in the archdiocese can call themselves Catholic.” However, Paulson said the Jesuits believe they have a greater degree of autonomy over personnel decisions than what is admitted by the archbishop.

For example, according to Canon 806, while the archbishop can “watch over” and “inspect” Catholic schools, religious orders such as the Jesuits “retain their autonomy in the internal management of their schools.”

According to Paulson, the Jesuits believe Archbishop Thompson’s request that the school not renew the teacher’s contract is “neither a prudent nor necessary exercise of his responsibility to oversee ‘faith and morals’ as well as Catholic education within the archdiocese.”

Canon law also recognizes a bishop’s right to “appoint or to approve teachers of religion and, if religious or moral considerations require it, the right to remove them or to demand that they be removed.” The bishop, according to Canon law, must “be careful that those who are appointed as teachers of religion in schools, even non-Catholic ones, are outstanding in true doctrine, in the witness of the Christian life and in their teaching ability.”

Paulson said a teacher’s adherence to Catholic moral teachings is just one of a number of factors that are considered when determining whether to retain employees. Admitting “this teacher’s marriage is not in conformity with Church doctrine,” Paulson said the school continues to believe that “the teacher makes a valuable contribution to the mission of the school.”

Father William Verbryke, SJ, president of Brebeuf Jesuit, said in a video interview with America that the school would apply the canonical standard only to “the president, the principal, campus ministers (and) religion teachers,” adding that requirement is not applied to other teachers “because this particular teacher is not a religion teacher or campus minster that we felt that we could not in conscience dismiss him from employment.”

The archdiocese said in a statement, “The Archdiocese of Indianapolis recognizes all teachers, guidance counselors and administrators as ministers.” The Archdiocese continued that “every archdiocesan Catholic school and private Catholic school has been instructed to clearly state in its contracts and ministerial job descriptions that all ministers must convey and be supportive of all teachings of the Catholic Church.”