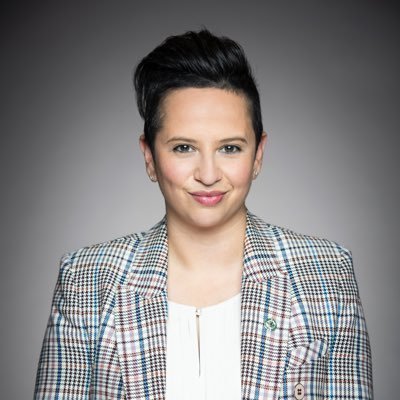 OTTAWA (LifeSiteNews) – On Wednesday in the House of Commons, Prime Minister Justin Trudeau accused Jewish Conservative Party of Canada (CPC) MP Melissa Lantsman of standing with people who wave “swastikas” and “confederate” flags after she blasted him for calling the freedom truckers “racists.”  However, he refused to apologize.

Lantsman went on to remind Trudeau that he has described the truckers in the Freedom Convoy as “very often misogynistic, racist, women-haters, science deniers, the fringe. ”

She then added that Trudeau was “fanning the flames of an unjustified national emergency,” asking when he lost “his way. When did it happen?”

His response was met with immediate heckles and backlash from many CPC MPs in Parliament who demanded that Trudeau retract his comments.

Liberal MP and Speaker of the House Anthony Rota reminded all, “including the Right Honourable prime minister,” to not use any “inflammatory” language.

CPC MP Dane Lloyd blasted Trudeau, saying, “Mr. Speaker, I’ve never seen such shameful and dishonorable remarks coming from this prime minister. My great-grandfather flew over 30 missions over Nazi Germany. My great-great-uncle’s body lies at the bottom of the English Channel. There are members of this Conservative caucus who are the descendants of victims of the Holocaust,” Lloyd said.

“For the prime minister to accuse any colleague in this of standing with the swastika …. ”

Lloyd then twice demanded Trudeau apologize, but instead of his saying sorry, Trudeau gave Lloyd a non-answer no less than two times.

Lantsman also asked Trudeau for an apology, but by the time she asked the question, he had left Parliament.

On Wednesday, Lantsman tweeted, “I think the Prime Minister should think long and hard about his own history before singling out a Jewish Member of Parliament and falsely accusing me of standing with a Swastika. What a disgraceful statement unbecoming of anyone in public office – he owes me an apology.”

Trudeau’s attack on Lantsman made international headlines. Yesterday, she was interviewed by Fox News’ Laura Ingraham, saying Trudeau’s comments were not a “surprise” to her.

“I sit there and watch him divide, and wedge, and stigmatize Canadians every single day,” Lantsman said.

“And today, the rest of Canada saw a G7 prime minister go after a Jewish Member of Parliament, and then walk away and not apologize.”

Today, B’nai Brith Canada said it “unequivocally condemns any display of swastikas. We also believe it is not acceptable to respond to a Jewish MP’s question in the House of Commons with a comment that can be perceived by Cdns as suggesting her support.”

Lantsman was the first Jewish woman to be elected as a CPC MP and is a descendent of holocaust survivors.

The Freedom Convoy arrived in Ottawa nearly three weeks ago and is demanding the government end at once all COVID mandates. The protest of peaceful civil disobedience has made international headlines and spurred similar convoys in other nations such as in Australia.

Trudeau took the unprecedented step of enacting the Emergencies Act, which he claimed was needed to deal with the truckers from the Freedom Convoy. Trudeau’s new powers allow the government the power to freeze anyone’s bank accounts associated with the convoy without a court order.

No less than five provinces, Alberta, Saskatchewan, Manitoba,  Ontario, and Quebec, have already or will be soon dropping most COVID rules, with more saying they will do soon as well.

Both the House of Commons and the Senate are debating the Emergencies Act this week, and if either chamber votes against it, the Act could cease to be in effect, which means essentially a vote on non-confidence against the Trudeau government.