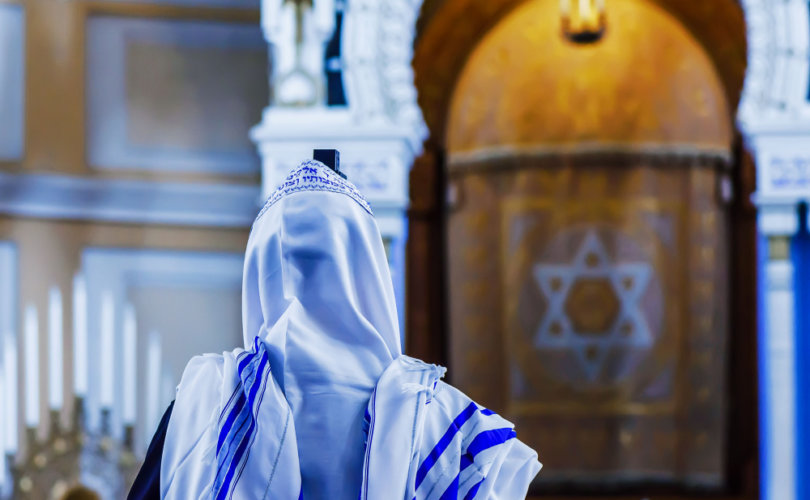 (LifeSiteNews) — In an apparent new strategy seeking to maintain the decriminalization of preborn child killing, a south Florida synagogue filed a lawsuit against the State of Florida’s new 15-week abortion ban arguing that it violates the “religious freedom” of Jews.

The L’Dor Va-Dor Congregation of Boynton Beach filed the complaint in Florida’s 2nd Circuit Court on June 10 seeking to impede the enforcement of HR 5, which was signed into law by Gov. Ron DeSantis on April 14 and goes into effect on July 1.

According to the filing, since Jewish law sometimes requires an abortion, the new Act impedes Jews from practicing their religion:

In Jewish law, abortion is required if necessary to protect the health, mental or physical well-being of the woman, or for many other reasons not permitted under the Act [HR 5]. As such, the Act prohibits Jewish women from practicing their faith free of government intrusion and thus violates their privacy rights and religious freedom.

In recent years, the same general case has been made by professed Satanists, who have argued that any restriction to the killing of preborn children violates their religious beliefs. In 2015, the New York-based “Satanic Temple” filed a federal lawsuit against Missouri, claiming that state laws restricting abortion violate their “free exercise” of Satanism.

In 2020, they launched a campaign titled “Satanic Abortions Are Protected by Religious Liberty Laws,” and just last month they announced an attempt to circumvent the expected overturning of Roe v. Wade through a “religious exemption” so that its members can continue to perform its “religious abortion ritual” every place possible in the U.S.

But according to Fr. Frank Pavone, national director of Priests for Life, abortion is not a religious issue but rather has to be governed by scientific principles. “First of all, we’re talking about an action that is the killing an innocent human life,” the well-known priest told LifeSiteNews.

And since abortion involves the taking of a human life, Pavone explained, “the government can still restrict someone’s religious freedom precisely out of the duty to protect others. And in this case the state [of Florida] is asserting that interest. It’s a compelling interest, and it’s an interest in protecting human life.”

Last month, more than 140 Jewish organizations, including the Anti-Defamation League, sponsored what they called a “Jewish Rally for Abortion Justice” affirming the position of the L’Dor Va-Dor’s lawsuit, stating “abortion access is a Jewish value” and “banning abortions is a religious freedom issue.”

While 83% of American Jews believe the killing of preborn children should be legal in all or most cases, that is certainly not the case for all. In response to the Jewish Rally’s assertions, Orthodox Rabbi and longtime prolife hero Yehuda Levin denounced the movement, calling it “blasphemous,” “dishonest,” “totally duplicitous,” and “totally untrue.”

This lawsuit comes as pro-abortion militants in the United States react to an expected overturning of the Roe v. Wade decision by the end of the month should the leaked U.S. Supreme Court draft majority opinion hold.

Six days after the May 2 leak, the headquarters of a pro-life advocacy group in Wisconsin was set ablaze with Molotov cocktails and a pro-abortion terrorist group calling itself “Jane’s Revenge” took credit for the vandalism while promising to commit many more such crimes with “increasingly extreme tactics.” Explaining “we are all over the U.S.,” they threatened that “we will not stop, we will not back down, nor will we hesitate to strike.”

Since then, a list compiled by the pro-life Family Research Council shows that, as of June 16, a whopping 52 pro-abortion attacks have taken place since the May 2 leak, including nearly 40 against crisis pregnancy centers and almost a dozen acts of vandalism against Catholic Churches.

While terrorist acts against Christian communities have always happened occasionally around the globe, perhaps this has been no more prevalent anywhere than in the Holy Land since Israel adopted a deliberate policy of destroying, looting, and desecrating churches in Palestine during and after the 1948 war.

Even today, there have been reports of radical Jewish individuals and groups in Jerusalem spitting on Christians, disrupting their prayer and likely firebombing their property, which Church authorities have routinely condemned.

In 2015, Jewish terrorists made international news when they torched the Church of the Multiplication of the Loaves and Fishes at Tabgha in Galilee, where Jesus Christ performed one of these two miracles recorded in the Gospels.

And similar to the lack of investigation and prosecution when it comes to the crimes of leftist terrorists in the United States—whether they be part of the Black Lives Matter terrorist crimes of 2020, or the pro-abortion terrorist acts in 2022—crimes against Christians in Israel and Palestinian territories under Israeli military occupation, are virtually never solved.

According to a 2017 report, within an eight-year timeframe, 53 churches and mosques were vandalized in these regions.  Tag Meir, a local organization that “monitors hate crimes,” said it could only verify two cases that were actually solved, one being the arson case at Tabgha.

Tag Meir Chairman Gadi Gvaryahu said, “Without a doubt, they aren’t looking hard enough,” and added that “some crimes remain unsolved despite security camera footage that included images of the suspected vandals’ cars.”

Even in recent years Jewish religious leaders in Israel preached support for Jewish terrorist groups who burn Christian churches and usually desecrate these targets with graffiti even threatening to kill Christians in the region.

Back in the U.S., in Olympia, Washington, the “Jane’s revenge” terrorist organization recently boasted of the “face lifts” they gave to four churches with their slogan graffiti message “If abortions aren’t safe then neither are you,” along with “Abort the Church,” and “God loves abortion.”

Though the U.S. Federal Bureau of Investigation has confirmed they have launched an investigation into these incidents and continued threats, as of June 18, 2022, there have been no indictments.