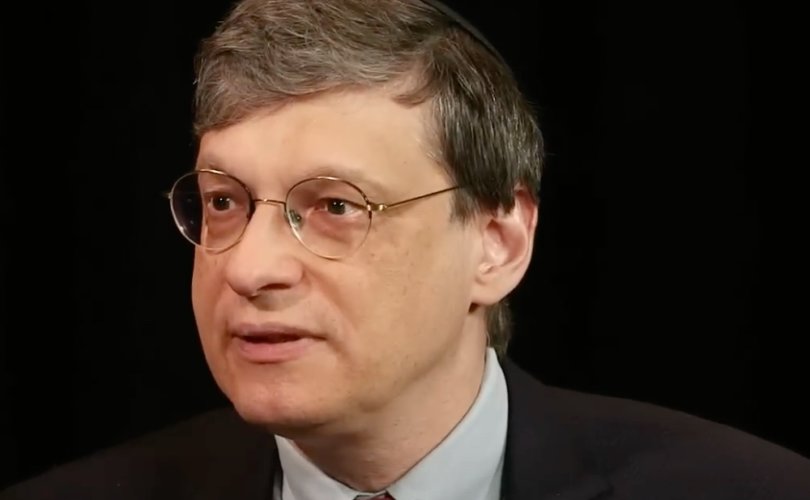 MIAMI (LifeSiteNews) — An Israeli philosopher has called on conservatives in the U.S. to appropriate the only force that is capable of stopping the newly emerged totalitarian “woke neo-Marxism,” and that is “biblical Christianity.” Yet this will require repentance at personal, communal, and national levels.

An Orthodox Jew who resides in Jerusalem, Hazony is Chairman of the Edmund Burke Foundation and is responsible for the NatCon which has come under fire in the past for its tacit approval of homosexuality and same sex “marriage.”

However, in this very well-received address, the Israeli political theorist traced the history of political paradigms in the United States declaring 2020 to be a “watershed year” where “the basic framework that guides public life” shifted from “liberalism,” that reigned since World War II (WWII), to “woke neo-Marxism” which rejects the basic presumptions of individual freedom as heralded by liberalism.

While “woke neo-Marxism” is now the “dominant ideology,” it is still “consolidating its power,” which means “it’s still possible to fight it,” the philosopher said. The relevant question for the people of the West is, therefore: “What force is strong enough to be able to stop it?”

“I’ll give you a hint: It’s not liberalism,” Hazony continued.

Defining conservatives as those who are “devoted to a life of conservation and transmission,” he looked back in Western history to the period prior to the two world wars and asked what the paradigm was “before liberalism became the official public religion.”

To support his claim, Hazony cited speeches by Presidents Franklin D. Roosevelt and Dwight D. Eisenhower which clearly revealed they believed Christianity to be “the framework for life in America,” holding that the foundation of democracy itself and national independence originated in the Bible.

After WWII, Hazony recounted, liberal ideas emerged such as eliminating God, prayer, and the Bible from the government schools, which meant that kids spent this primary portion of their childhood “in an environment where all the people that they respect, the teachers and the principals … get through the day without ever mentioning God, without ever quoting the Bible and without ever saying a prayer.”

These minimal things include what Hazony states have been lost: “God and Scripture, and nation and family, and man and woman, loyalty, honor, sanctity [etc.].”

Under liberalism, “freedom becomes everything. And the main thing that you’re free from is the past… from what previous generations thought,” lived, conserved, and transmitted, he said.

And while the U.S. is “at the very end of what decadence can sustain,” in “a moment where it is ‘do or die,’” it will be God who decides whether our nation is destroyed like Sodom and Gomorrah in Sacred Scripture or spared due to repentance as was Nineveh in the book of Jonah.

“What [God] needs us to do is our part. And our part is to repent. And the first part of repentance is that Christians, Catholics, Protestants, Orthodox, Orthodox Jews cannot continue to sit on the sidelines and allow the country to continue in the direction that it’s going,” he explained.

To the mostly Christian audience he stated, “I believe in you, but I want the upgraded version [of you]. I want the version that stops being afraid to be Christian, fully Christian in public.”

This includes politicians and public figures who should openly assert, “That’s it. We’ve had enough. We are going to restore Christian public life in this country, and it’s going to begin in my state.”

In July, the Rachel Maddow Show on MSNBC took aim at the Christian Nationalist movement which is striving to restore a Christian philosophy in fidelity to the history of individual U.S. states and the nation as a whole.

This movement bases itself on the necessity of faith in Jesus Christ and baptism for salvation, and the “Great Commission” of the Risen Lord to his Church to baptize all nations.

“If you are a Christian you believe this,” writes Evangelical pastor Andrew Isker on the topic. “And since America is a nation, America needs to be baptized and discipled into obeying Jesus.”

“The Great Commission means that if you are a Christian, you are axiomatically a Christian Nationalist,” he concludes.

In 1925, Pope Pius XI instituted the Solemnity of Christ the King to reaffirm the Catholic Church’s teaching that the reign of Jesus Christ the King encompasses not only the hearts and wills of men, but the temporal affairs of state as well.

In addition, the Catechism of the Catholic Church proclaims, “Christians are called to be the light of the world. Thus, the Church shows forth the kingship of Christ over all creation and in particular over human societies.”