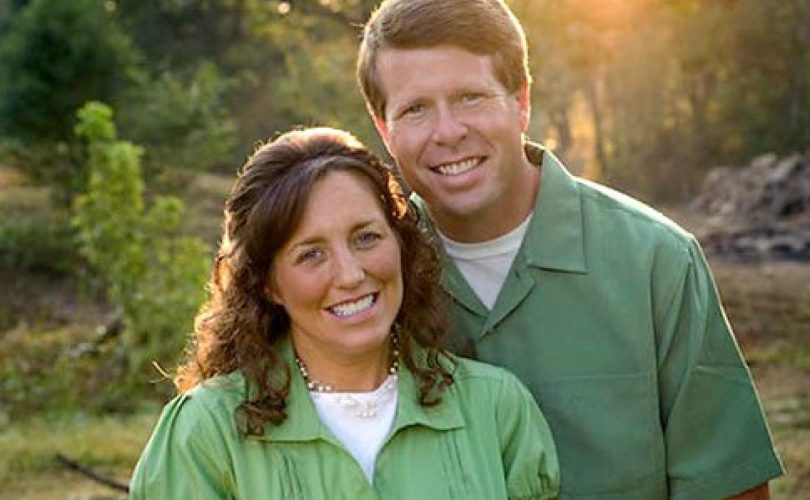 TLC will not be cancelling 19 Kids and Counting, after leftist activists launched a campaign to pull the show. Far from it.

Fans of the Duggar family’s reality TV show, 19 Kids and Counting, who were worried that TLC might kick the show off the air in response to a recent petition campaign by leftist activists, can rest easy: the show isn’t going anywhere. Far from it.

In fact, according to the patriarch of the Duggar clan, the concerted media attack targeting the family’s views on traditional marriage had the opposite of the desired effect: not only will TLC not pull their show, the petition gave the family huge additional exposure.

“They won't succeed,” Jim Bob Duggar told a collegiate booster banquet audience in response to the petition campaign at the height of the media focus, according to The Washington Post. “Our show is the number one show on TLC. We love everybody.”

“It’s a small group creating this fuss. All it has done is give us more exposure. We’ve gained 50,000 Facebook fans last week,” Duggar said. “God is expanding our borders through the national media.”

Duggar has good reason not to worry over the petition, the Post observed, pointing out that fans of the show responded to the petition seeking to pull them off the air with a concerted counter-attack of their own.

LifeSiteNews launched its Defend the Duggars petition and an accompanying Tweetfest in November, which swiftly came from behind to trounce the anti-Duggar campaign, ultimately gaining 210,000 signatures.

This number was “more than the petition telling TLC to scrap the popular series,” the Post observed.

The anti-Duggar petition gained traction only after large national media outlets like E! Online and The Huffington Post picked up on it.

In contrast, LifeSiteNews’ effort to defend the Duggars exploded immediately with no help from the media, surpassing 10,000 signatures in its first five hours, nearing 90,000 by the end of the first day and exceeding 120,000 in two days.

The anti-Duggar campaign specifically objected to Michelle Duggar’s actions in speaking out against a proposed Fayetteville, Arkansas, “transgender” city ordinance that allowed biological males to use restrooms, public showers, and changing rooms of the opposite sex. The organizers of the change.org petition accused the Duggars of fear mongering and “bigotry.”

The ordinance initially passed, but was later overturned by voters in a special election.

The anti-Duggar petition also complained about the Duggar’s son Josh accepting employment with the Family Research Council’s lobbying arm, FCR Action. FRC is one of the leading conservative think-tanks in the United States.

19 Kids and Counting regularly features themes that are pro-life, traditional and Christian, while the family has spoken out in favor of the pro-life cause and abstinence education.

It’s not the first time they have experienced pushback for exercising their freedom of speech.

In 2013, the liberal website moveon.org tried to get the Duggars canceled after Jim Bob Duggar had drawn the parallel between abortion and the Holocaust.

LifeSiteNews was joined in supporting the Duggars by other prominent voices during this latest attack, including television stars David and Jason Benham, who had their popular HGTV show canceled because of their pro-life and family values, and by comedian and former Fox News contributor Steven Crowder.

Leaders from conservative organizations condemned the attempt to silence the Duggars as well, including the Media Research Center, American Thinker and the American Family Association. Senator Rick Santorum also stepped up to defend the Duggars, urging others to support them.

The Washington Post noted that the Duggars’ wholesome appeal has reached into mainstream culture, saying there is “theological and political resonance.”

LifeSiteNews readers were “eager to come to the Duggars’ aid to show how much they appreciate the Duggars’ openness to life and love,” LSN Editor-in-chief John-Henry Westen told the Post. “Their message of hope and joy resonates with families.”