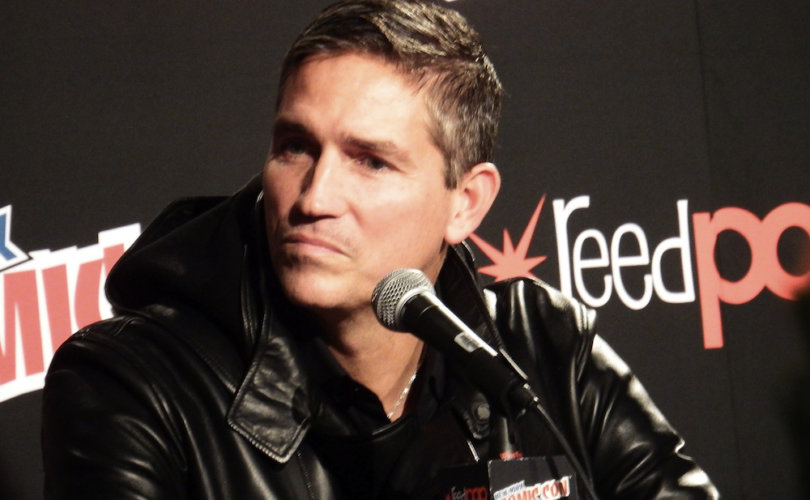 September 11, 2020 (LifeSiteNews) – Actor Jim Caviezel, most famous for portraying Jesus Christ in Mel Gibson’s The Passion of the Christ, said that Christians are being persecuted in the United States by being prohibited from going to church amid the coronavirus crisis.

Caviezel talked to Breitbart News Daily on Thursday about his new movie Infidel, described as a “contemporary Middle East thriller starring Jim Caviezel as an American kidnapped while attending a conference in Cairo, who ends up in prison in Iran on spying charges. His wife goes to Iran, determined to get him out.”

“There are Christians right now being persecuted for their faith, whether it be in Iran or in China or other parts of the world,” Caviezel said, before turning to his home country. “And we need not go any further than the United States where you’re not allowed to go into churches.”

“So now let’s go over to this character that I’m playing in Infidel, where his rights are taken from him,”  Caviezel continued. “And you’re an American. You’re standing here, and say, ‘Why should I go to this film? What is going on here?’ Let’s put this together.”

“You go into an airplane. You see a lot of people. They’re wearing masks. They’re right next to each other. But the COVID-19, for some reason, doesn’t spread. It's so smart. It knows not to do that,” he said sarcastically. “But when you go into a church, the COVID-19 goes everywhere.”

“This is patty cake, kindergartner stuff,” Caviezel commented. “This is the conversation that we’re having right now. When we turn on the media, the media no longer represents a lot of Americans, because some of them still like this stuff. But most of us, we don’t trust them anymore. And so when you tell me that I’m doing an anti-Semitic movie or a film on Infidel, that is somehow immoral. Tell me, you know, to quote Jesus, ‘If evil I have spoken, tell me what evil that is. If not, why do you strike me?’”

Caviezel also spoke about his new movie in relation to cancel culture.

“One of the interesting things about this script is that [the main character] stands up for what he believes in. And that is something that’s lacking today in cancel culture,” the actor is convinced.

As the root problem of cancel culture, he identified that people “are wanting to be liked so badly.”

“When I first came into this industry, you would see people sitting together reading books and say, ‘Oh, what book are you reading,’ getting each other’s address, talking, communicating,” he recounted. “It’s not that way anymore.”

“Their heads are in their phones,” he said. “Their heads are, ‘How many people are following me?’ And I would say that a lot has to do with wanting to be liked very badly, that they’re so misinformed. When you look at faith, what Jesus spoke about, what love really is.”

“Yes, you can be liked by the world. But do you want to be liked by many or loved by one that is a man’s – Viktor Frankl – search for meaning. You know, it’s not going to be some communist or Nazi that takes away your freedoms. It’s going to be you giving them away.”

Caviezel emphasized his strong Catholic message when talking about giving a speech at the University of Notre Dame. At the time, he told “pro-choice” students who were unwilling to stand up for the unborn that they “wouldn’t have been there for the Jew” in Nazi Germany.