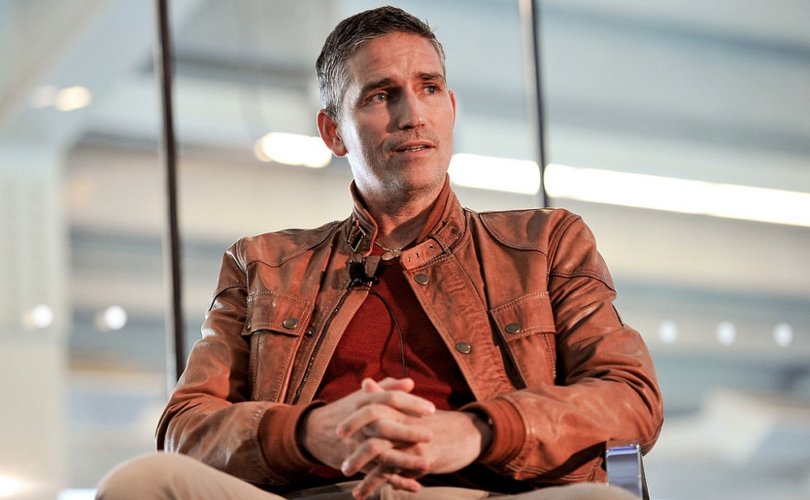 October 2, 2020 (LifeSiteNews) — Actor Jim Caviezel stated in a recent interview that Christians should be at war with secular extremists, declaring that this is “a war that needs to be fought and must be won.”

“No one has ever rode to victory on the back of fake moral platitudes. We have to speak the truth boldly,” Caviezel told My Faith Votes’ Megan West.

Caviezel asserted that slavery and suffering have been the lot of God’s people throughout much of history and said we don’t fully appreciate how blessed we have been to live in a society where religious liberty has prevailed, though it now hangs precariously in the balance.

“You’ll wish that you never even knew what democracy was. This Christian way of living will soon be gone,” said Caviezel. “We’re talking about massive, massive persecutions.”

The actor who famously portrayed Jesus Christ in the blockbuster movie The Passion of the Christ said that while the Bible recounts the murders of infants by Pharaoh and the murder of the Holy Innocents in order to snuff out the voices of Moses and Jesus, through legalized abortion, “we have murdered on a level that is unprecedented.”

He noted that women are now allowed to kill their babies after they’re born in New York and Virginia.

“This is Luciferian,” he declared.

Caviezel went on to deliver from memory a powerful recitation of the climax of Ronald Reagan’s 1964 “Rendezvous with Destiny” speech. The actor paraphrased a few lines to more accurately describe the battle we are now in, zeroing in on the twin evils of our day: abortion and the choking of religious liberty:

There is not a man alive who would carelessly send another person’s son to war, and that is the real issue with this campaign, that makes all other problems I’ve discussed academic, unless we realize we're in a war that must be won.

Those who would trade our freedom for the soup kitchen of the welfare state have told us that they have a utopian solution of peace without victory. They call their policy “accommodation.” And they say if we'll only avoid any direct confrontation with this enemy, he'll forget his evil ways and learn to love us. All of those who oppose them are indicted as warmongers. They say we offer simple answers to complex problems. And yet they have the nerve to call it “Choice.”

Well, perhaps there is a simple answer — not an easy answer — but a simple one: That you and I would have the courage to tell our elected officials that we want our national policy based on what we know in our hearts is morally right.

Ladies and gentleman, we cannot buy our security of ‘One nation under God,’ our freedoms in Christ our Saviour from the threat of the devil any longer.  By committing and act of immorality so great, that saying to millions and millions of little children, now caught behind the iron curtain of sex trafficking and abortion, “Give up your dreams of freedom now because in order to save our own skins, we’re just too willing to make a deal with you slave masters.

And Alexander Hamilton said that any “nation which can prefer disgrace to danger is prepared for a master, and deserves one.”

“Now let's set the record straight. There's no argument over the choice between peace and war, but there's only one guaranteed way you can have peace — and you can have it in the next second — surrender.

Admittedly, there's a risk in any course we follow other than this, but every lesson in history tells us that the greater risk lies in appeasement, and this is the specter our well-meaning liberal friends refuse to face — that their policy of accommodation is appeasement, and it gives no choice between peace and war, only between fight or surrender. If we continue to accommodate, continue to back and retreat, eventually we have to face the final demand — the final ultimatum. And what then?

— when Nikita Khrushchev satan has told his people the people of this world, he knows what our answer will be? He has told them that we're retreating under the pressure of his Cold War, and someday when the time is right to deliver his final ultimatum, our surrender will be voluntary, because you see by that time we will have been weakened from within spiritually, morally, and economically. He believes this because from our side he's heard voices pleading for “peace at any price” or “better Red than dead,” or as one commentator put it, he'd rather “live on his knees than die on his feet.” And therein lies the road to war, because those voices don't speak for the rest of us.

You and I know and do not believe that life is so dear and peace so sweet as to be purchased at the price of chains and slavery. If nothing in life is worth dying for, when did this begin — just in the face of this enemy? Or should Moses have told the children of Israel to live in slavery under the pharaohs? Should Christ have refused the cross? Should the patriots at Concord Bridge have thrown down their guns and refused to fire the shot heard 'round the world? The martyrs of history were not fools, and our beloved dead who gave their lives to stop the advance of the Nazis didn't die in vain. Where, then, is the road to peace? Well it's a simple answer after all.

That you and I have the courage to say to our enemies, “There is a price we will not pay.” “There is a point beyond which they must not advance.” And this is the meaning of our Lord’s Scriptures as well: To be holy in heart, mind, body, and soul which backs our country’s Constitution, that all men are created equal, not born equal.

Winston Churchill said, “The destiny of man is not measured by material computations. When great forces are on the move throughout the world, we learn we are spirits — not animals.” And he said, “There's something going on in time and space, and beyond time and space, which, whether we like it or not, spells duty.”

My fellow Americans, you and I have a rendezvous with destiny.

We'll preserve for our children this, the last best hope of man on earth, or we'll sentence them to take the last step into a thousand years of darkness.

We’re at war now with the most dangerous enemy that has ever faced mankind from its long climb from the swamp to the stars.  And it’s been said that if we lose this war, and in so doing lose this great way of freedom of ours, history will record with the greatest astonishment that those who had the most to lose did the least to prevent it from happening.

Well I think it’s high time now we ask ourselves if we still even know the freedoms that were intended for us by our founding fathers.  Every generation of Americans needs to know that freedom exists not to do what you like, but having the right to do what you ought.

My brothers and sisters, set yourselves apart from this corrupt generation.  Be saints.  You were not made to fit in.  You were born to stand out.  And in the words of Ronald Reagan, ‘Evil is powerless if the good are unafraid.