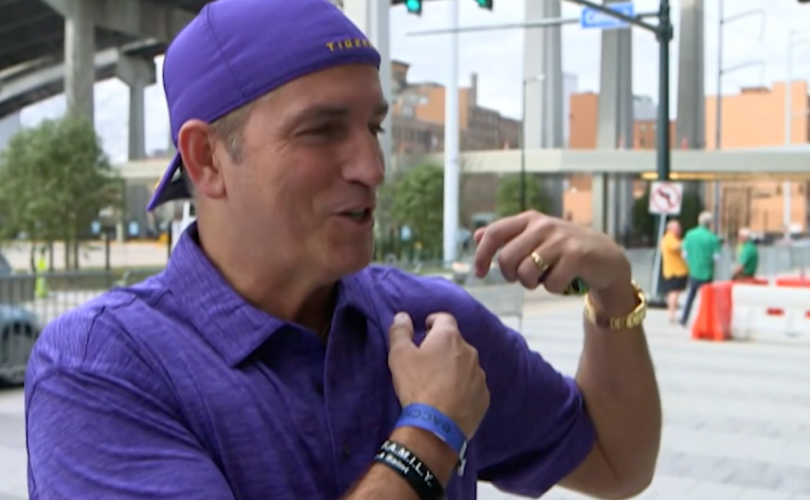 March 25, 2020 (LifeSiteNews) – Actor Jim Caviezel, famous for his portrayal of Jesus in the blockbuster 2004 movie The Passion of the Christ, predicts that the movie’s sequel is “going to be a masterpiece.”

“It's going to be the biggest film in world history,” promised Caviezel.

“It's so imperative at this time,” said the actor in an interview with Fox News contributor Raymond Arroyo.

Caviezel noted that the big movie production companies avoid scriptural stories, and instead pour all of their resources into making films based on superheroes who, ironically, are often rooted in Christian ideals that go back to Jesus Christ.

“But the man who wrote Superman, wrote it from Jesus,” observed Caviezel. “I got to play the greatest superhero there ever was.”

The movie, now in pre-production, is titled The Passion of the Christ: Resurrection, and will again feature Caviezel as Jesus. Actress Maia Morgenstern will return in the role of Mary, his mother.

Caviezel explained that director Mel Gibson is currently working on the fifth draft of the script.

“I won’t tell you how he’s going to go about it,” Caviezel said in 2018 of Gibson’s work on the film project. “But I’ll tell you this much, the film he’s going to do is going to be the biggest film in history. It’s that good.”

Sixteen years later, the enduring fascination with The Passion of the Christ

The Passion of the Christ brought to life the last 12 hours of the life of Jesus Christ in a powerful, graphic way that had never before been achieved. Despite Hollywood’s disdain for movies about Christianity, audiences flocked to theatres to see it, making it one of the most successful, highest grossing films in history.

“It seems every Lent, every Easter, people gravitate back to this movie,” noted Arroyo during the interview. “Why do you think they keep going back to it?”

“I think it’s like the Bible. People are going to keep reading it,” observed Caviezel. “We’ve been reading it for thousands of years. What I think that Mel Gibson and I did very clearly is we stuck to that.”

“Not much has changed in 2,000 years,” he continued. “Jesus is as controversial now than he’s ever been.”

The movie “is convicting,” said Caviezel, challenging viewers to ponder, “When you die, where are you going to go?”

“It’s a film that when you watch it,” said Caviezel, “it asks you a big question: What character are you playing in the Bible? I got to play Jesus, but some people play Judas.  Some people play Pilate, or the Sadduccees or Pharisees.”

“The Bible is the living Word of God,” he declared. “It’s happening right now.”

“There’s a line in Scripture where Jesus said, ‘I didn’t come to bring peace into the world, I came like a sword to divide father from daughter, mother from son.’”

Do you “want to be liked by many, or loved by One?” he asked. “The world at its best can only like you because love comes from God.”

“So do you want to be liked by many or loved by One?” he asked again.