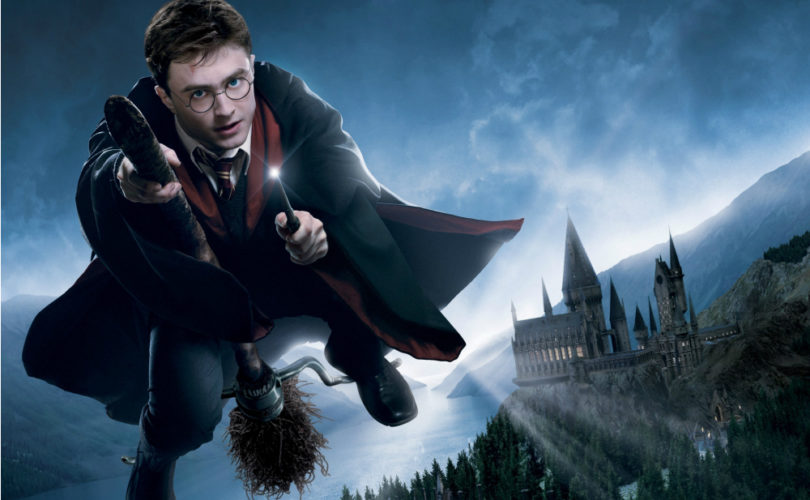 J.K. Rowling, author of the controversial Harry Potter children’s book series, confirmed by way of a tweeted response to a fan's question that homosexual students would most certainly attend her fictional Hogwarts School of Witchcraft and Wizardry.

When a Harry Potter fan asked if “it's safe to assume that Hogwarts had a variety of people and it's a safe place for LGBT students”, Rowling tweeted, “but of course.”

Along with this response Rowling posted a rainbow-trimmed picture with the words, “If Harry Potter taught us anything it’s that no one should live in a closet.”

This is the second time Rowling has informed her fans that homosexuality was a normal part of her stories aimed at children.

At Carnegie Hall during her 2007 US book tour, in response to a question by a fan, Rowling announced that the prominent character of the “good” wizard headmaster, Dumbledore is, in fact, a homosexual.

Rowling explained to a packed audience, which was largely made up of young children, that Dumbledore would never find true love because he had long been in love with his boyhood friend turned evil wizard, Grindelwald but that his love had been “horribly, horribly let down.” Rowling emphasized that Dumbledore’s love was his “great tragedy.”

Rowling added, “I would have told you all earlier if I knew it would make you so happy,” to applause from the crowd.

From the release of the very first book of the phenomenally successful series, the Harry Potter novels have been at the center of controversy concerning the message that the books portray to the many young readers who have been enthralled by them.

Fans of the novels, including educators and parents, have asserted that the books are simply harmless entertainment along the lines of the classic fantasy works of C.S. Lewis and J.R.R. Tolkien.

On the other hand, critics from around the globe and of different religious backgrounds have voiced serious concerns about the message and values portrayed in the novels. They have warned about the subliminal themes that present vulnerable young readers in today’s increasingly pagan, western culture with marred distinctions between good and evil.

Christian broadcaster Jack M. Roper said, “I would never allow my own children or grandchildren to read the books or watch the movies, and other parents should do so too.”

Roper stated that much Christian opposition to the Harry Potter series stems from the books’ basic premise, that the heroes use magic and sorcery to manipulate situations and other people.

Calling Harry Potter a hero who has “captured the innocent heart of many children,” Roper said, “When such a hero uses evil as a problem solving tool, we need to be warned. Over time the child can become adapted to the dark world of witchcraft and not even know that it is dangerous.”

“As a cult researcher for many years, I have seen contemporary witchcraft packaged in many seductive forms, and Harry Potter is the best. Potter makes spiritualism and witchcraft look wonderful,” Roper said.

Even a secular columnist called the timing of the announcement that Dumbledore was homosexual a “neat trick” to circumvent objections and to garner more publicity for the novels.

Rebecca Traister, writing on Salon.com said Rowling’s announcement was “a neat trick philosophically, but also economically to do it once all the kids that might have been kept away from the material have already read it.”