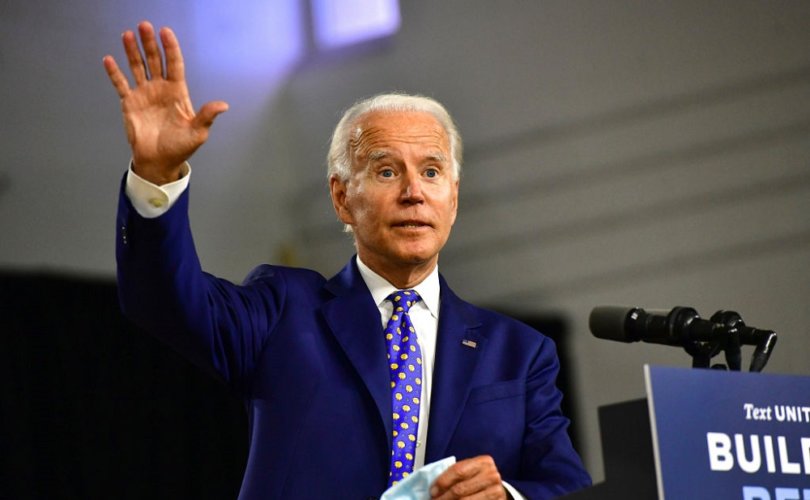 WASHINGTON, D.C., July 29, 2020 (LifeSiteNews) — In his Agenda for Women released Monday, Democratic presidential candidate Joe Biden promised to restore domestic and overseas funding to the abortion industry. The Trump administration has made an effort not to finance abortions with federal money.

In fact, Joe Biden had supported the Hyde Amendment for many years, before reversing his position early during his campaign for president in 2019.

Biden had caused some controversy in June of last year by saying he still supported the annual budget language that forbids taxpayer dollars from funding abortions except for cases of rape or incest, or to save a mother’s life.

Whitney Robertson, assistant press secretary for Trump’s re-election campaign, stated in an email to LifeSiteNews, “Joe Biden’s ‘Agenda for Women’ solidifies what we already knew — Biden stands with the extreme ideas of the radicals running the Democrat Party, even if it means enabling the murder of innocent children in the process.”

“How ironic is it that Joe Biden’s plan for women revolves around ending the lives of the next generation?” she continued. “Joe Biden’s priority is not to empower and enable women across the country, his priority is appeasing the radical demands of his base.”

In his Agenda for Women, Biden declared his intent to restore Obamacare’s contraception mandate “that existed before the Hobby Lobby ruling: providing an exemption for houses of worship and an accommodation for nonprofit organizations with religious missions. The accommodation will allow women at these organizations to access contraceptive coverage, not through their employer-provided plan, but instead through their insurance company or a third-party administrator.”

Pro-life organizations are all-in for Trump, with the Susan B. Anthony (SBA) List spending $52 million on re-election efforts this year.

SBA List’s Mallory Quigley said in January that the “stakes of this election could not be higher. Democratic contenders for president are lining up to support abortion on demand, and even infanticide, and declaring war on even the most modest pro-life policies.”