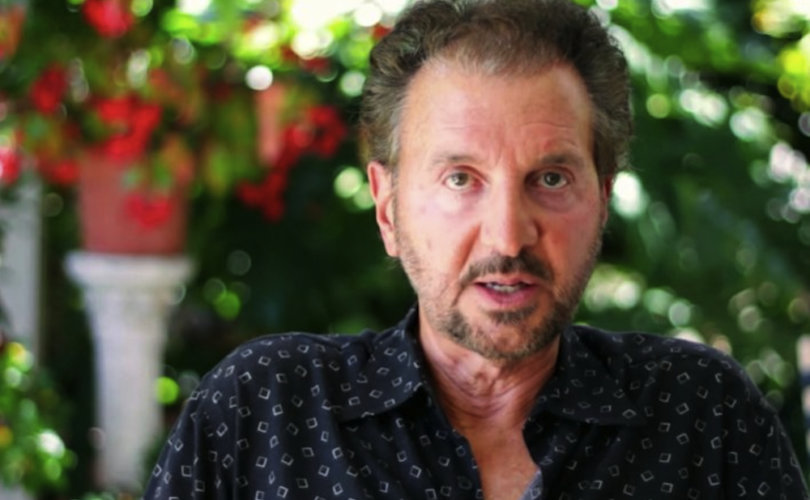 March 14, 2017 (LifeSiteNews) — Dr. Joseph Nicolosi, a psychologist and a pioneer of “reparative therapy” to help people overcome unwanted same-sex attractions, died March 9 at age 70 from complications resulting from the flu.

Nicolosi, a devout Catholic and the co-founder of NARTH (now the Alliance for Therapeutic Choice), leaves behind wife Linda and their son, Joe Jr. People from all over the world have written memorial tributes to him, with some thanking him for helping them overcome sexual identification problems or to understand the nature of homosexuality. A family funeral services for Nicolosi will be held Wednesday.

In a field fraught with ambiguous terminology (e.g., “sexual orientation”), escalating — even fanatical — LGBT opposition, media cynicism and misreporting, Nicolosi persevered. His counter-cultural message of “If gay doesn’t define you, you don’t have to be gay,” was outrageous and “hateful” to intolerant homosexual militants, but it brought hope to people of faith and others struggling with unwanted homosexual desires.

“Joe worked in a profession that has lost its intellectual integrity,” wrote his wife and professional partner Linda Ames Nicolosi. “Gay activists have such a stranglehold on psychology that no one dares defy them. Joe, however, did defy them. And I thank him for his courage.”

The Nicolosis contrasted their approach with that taken by “gay-affirmative therapists” that dominate the field.

One of the talking points of LGBT activists regarding “reparative therapy” — or any effort guiding people to leave LGBTQ lifestyles — is that it universally harms the people it is intended to help. Such generalizations, aided by biased media coverage, became the basis for laws banning ex-gay therapy for minors in California, Oregon, Illinois, Vermont, New Jersey, and the District of Columbia.

But that talking point conveniently ignores the success stories of pro-heterosexual change therapy — people like David Pickup, whose story is told in a PFOX (Parents & Friends and Family of Ex-Gays) video on Nicolosi’s site. (There are many Christian-based testimonies of men and women like Charlene Cothran, who abandoned LGBTQ lifestyles without psychological therapy, but they, too, are largely ignored by the media.)

Describing himself as the “quintessential kid that was set up for homosexuality,” Pickup said he “didn't identify well with my gender in growing up,” and that “I wasn't close to my father at all.” He said he became “defensively detached” from his dad and more attached to his mother and sister. Also, he said as a “sensitive boy” he was bullied by his peers and was sexual molested beginning at age five.

“I always felt odd, not boy enough, and then later on … not man enough,” he said. He tried to repress his same-sex urges due to his strong Christian upbringing but started acting out homosexually in his late 20s. Then he became acquainted with Nicolosi's work.

Pickup said several years of therapy resulted in the “resolution of my gender identity inferiority,” raised his self-esteem as a man, and led him to get his “male emotional needs” met that were “hardly [met] one bit growing up” (e.g., bonding with his dad).

As a result, “my same-sex attractions automatically, spontaneously … through this therapy began to lessen and dissipate,” he said. “So reparative therapy really worked for me. It helped save my life.”

Pickup is far from alone. Arthur Goldberg, whose ex-gay-ministering organization JONAH (Jews Offering New Alternatives for Healing), was forced to close last year due to an SPLC (Southern Poverty Law Center) lawsuit, offered this tribute to his friend Nicolosi:

“The former [homosexual] struggler wrote to me: ‘What a tragic loss for his family, and for the many thousands of men like us. I first heard [Nicolosi] in an interview with James Dobson in 1991, discussing his new book ‘[Reparative Therapy of Male Homosexuality].’ I ordered it immediately and read it within a week and thought, “Finally, someone who understands me better than I understand myself!” What a brilliant, compassionate and kind man he was to have devoted much of his life to this struggle of ours. We are better men for his life's work.’”

Pickup went on to become a licensed Reparative Therapist himself, based in Dallas.

Homosexuality as a problem

“I don't believe that anybody is really gay,” Nicolosi told The New York Times in 2012 in a rare “mainstream” news article giving voice to contented former homosexuals. “I believe that all people are heterosexual but that some have a homosexual problem, and some of these people attempt to resolve their conflict by adopting a sociopolitical label called 'gay.'”

Nicolosi summed up his views on the roots of male homosexuality in his 2002 book, “A Parent’s Guide to Preventing Homosexuality” (a revised 2017 edition of which is now available):

“At the very heart of the homosexual condition is conflict about gender. In the boy, we usually see a gender wound that traces back to childhood. He comes to see himself as different from the other boys.

“Gender woundedness usually exists as a silent, secret fear — one that the boy’s parents and loved ones only vaguely suspect. The boy has felt this way for as long as he is able to remember. That differentness creates a feeling of inferiority and isolates him from other males.”

According to a welcoming video on his website, Nicolosi said his Thomas Aquinas Psychological Clinic in Encino, California, was the “largest psychological clinic in the world that specializes exclusively” in the area of lessening same-sex attractions. It had a staff of seven therapists handling “about 135 ongoing cases a week of men and women from around the world.”

“We're not about condemning gays and lesbians. Certainly they have a right to pursue their life and their happiness,” Nicolosi said in the video. “Rather, we're available to help men and women who want to decrease their same-sex attraction and want to develop their opposite-sex potential.”

He said more than half of his clients “were told by other therapists that they were born gay and that they had no choice. We don't believe this is true. Homosexuality is not simply a matter of biology.”

Despite the growing media criticism of pro-heterosexual therapy in his final years, science seems to be coming around to Nicolosi's view that “sexual orientation” is not rigid nor innate — as LGBT activists had claimed — but changeable.

As LifeSiteNews reported last year, Dr. Lisa Diamond, a top American Psychological Association researcher and the co-editor-in-chief of the APA Handbook of Sexuality and Psychology, concluded that homosexuals are not “born that way” because “sexual orientation” is fluid.

Nicolosi’s wife, Linda, his co-author and an accomplished writer of her own on sexuality issues, described his relationship with his church, which probably represents the attitudes of countless millions of Catholics:

“Joe loved the Catholic Church and said many times, ‘The Church will always be home to me,’ even though he was angry with parish-level leadership for abdicating its rightful role in resisting cultural decline — particularly for its timidity on gender- and family-related issues.”