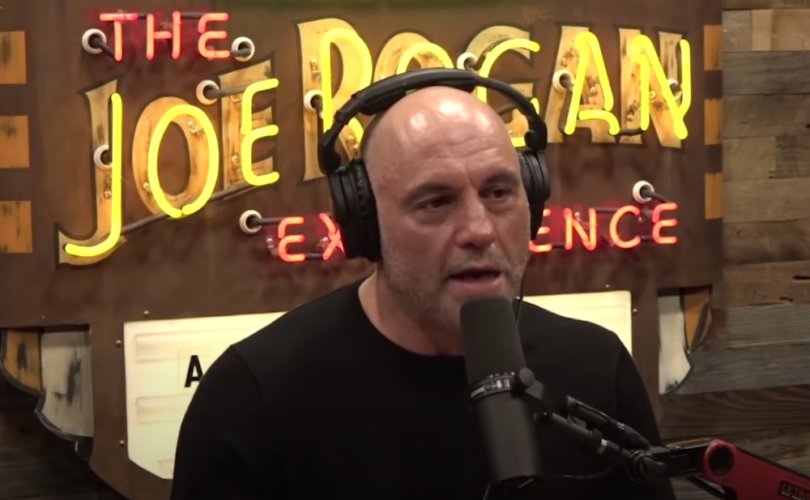 During a conversation with comedian Andrew Schulz, Rogan said that the Republicans are attacking people’s “freedoms” on abortion and marriage.

“It’s not just abortion rights, but now they’re going after gay marriage too, which is so strange to me,” Rogan said.  “Marco Rubio is saying that it’s like a silly thing to argue about, to be concerned about, and some other senator, a gay woman, confronted him and she was furious at it. ‘Cause gay marriage is not silly, it’s marriage. It’s marriage for people that are homosexual and for them it’s important.”

Joe Rogan comes out full-force, 100% in support of gay marriage. He even says GOP opposition to it is one of the things that keeps him from being a Republican. pic.twitter.com/XEY0fKXyKI

Rogan stated that he thinks that Republicans want to divide voters by defending marriage and opposing abortion. “They want to affirm their love and their relationship. And the fact that they’re going after that now almost makes me feel like they want us to fight. They wanna divide us in the best way they can. And this is the best way for them to keep pulling off all the bull*** they’re doing behind the scenes is to get us to fight over things like gay marriage or get us to fight over things like abortion. It’s just like, why are you removing freedoms?”

Speaking to those who consider him part of the American Right, Rogan remarked “People will say like, ‘Oh, you know, you’re a secret conservative.’ Like you can suck my d***. You don’t know what the f*** you’re talking about. I’m so far away from being a Republican.”

Rogan made the remarks during an exchange with Schulz about Texas Sen. Ted Cruz’s declaration last week that the Supreme Court’s 2015 ruling in Obergefell v. Hodges, which imposed same-sex “marriage” nationwide, was “clearly wrong.”

Rogan has hosted people from across the political spectrum on his podcast, and endorsed socialist Vermont Sen. Bernie Sanders for the presidency in 2020. However, he refused to host former President Donald Trump on his podcast, calling him an “existential threat to democracy” and a “man baby.”

Leftists attempted to cancel Rogan’s podcast earlier this year for interviewing Drs. Robert Malone and Peter McCullough, both of whom question the establishment COVID-19 narrative. Rogan, who had COVID last September, said publicly that he treated it with ivermectin, which garnered him criticism from the mainstream media. Rogan also faced criticism after warning about the serious risk of myocarditis after taking the COVID vaccines.