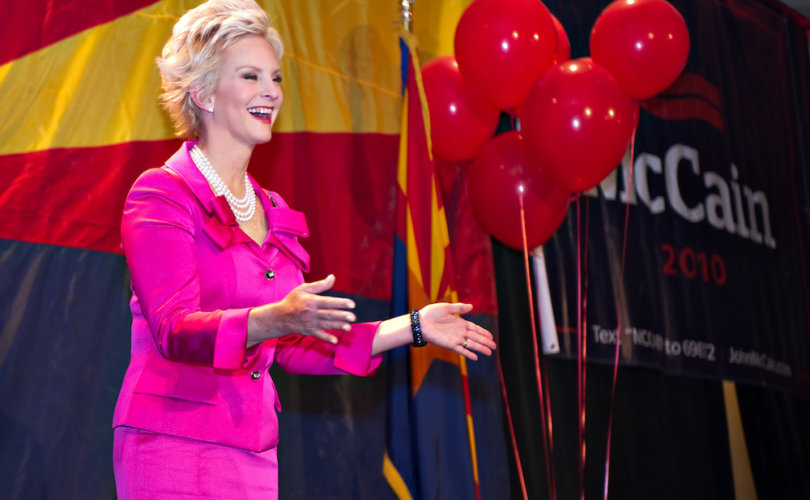 ARIZONA, August 28, 2018 (LifeSiteNews) – Days after the death of Sen. John McCain, R-AZ, speculation is already running rampant as to who Arizona Gov. Doug Ducey will appoint to serve the remainder of his U.S. Senate term.

McCain died Saturday at age 81 following a year of treatments for glioblastoma, an aggressive form of brain cancer, that kept him mostly absent from the Senate since July 2017. His family had announced the day before that he had decided to discontinue treatment.

“I have had experiences, adventures and friendships enough for ten satisfying lives, and I am so thankful,” McCain wrote in a farewell letter released by an aide on Monday. “Like most people, I have regrets. But I would not trade a day of my life, in good or bad times, for the best day of anyone else's.”

McCain had a mixed record on social issues, but nevertheless declared in his 2008 presidential run that he was pro-life “because I know what it is like to live without human rights,” a reference to the five years he spent enduring torture as a prisoner of war in Vietnam.

His successor will serve through 2020 and face a special election in 2022, and also bring the GOP’s razor-thin Senate majority back up to 51-49, at least until this November’s midterm election winners take office next January, which conservatives hope will bring a new opportunity to repeal Obamacare and defund Planned Parenthood.

Politico reports that Ducey, a Republican, has not yet begun contacting potential candidates or interested groups, but speculates he will attempt to strike a balance between satisfying moderates while picking someone acceptable to President Donald Trump, who shared an infamously hostile relationship with McCain.

One of the most speculated-about names, however, has been that of McCain’s wife Cindy, who had appeared on behalf of her ill husband at several public events and is an active voice against human trafficking.

“Widow succession” is not unprecedented, and supporters say she would be a unifying “caretaker” of the seat until a more permanent candidate emerges for the next election. Critics say appointing her would amount to enshrining a new political dynasty that doesn’t reflect the will of the people.

Cindy McCain could also potentially divide Republicans on the life issue. She sent mixed signals on the issue in a 2008 interview with CBS News, telling Katie Couric that she was “pro-life, like my husband” except for babies conceived in rape and incest, but also that she opposed overturning Roe v. Wade, which makes abortion on demand possible in the U.S. When reminded that her husband had endorsed overturning the 1973 Supreme Court ruling, she said abortion should be considered “a states' issue.”

An advisor for Ducey said the governor will not announce a successor until sometime after McCain is laid to rest Sunday at the U.S. Naval Academy cemetery in Annapolis, Maryland.