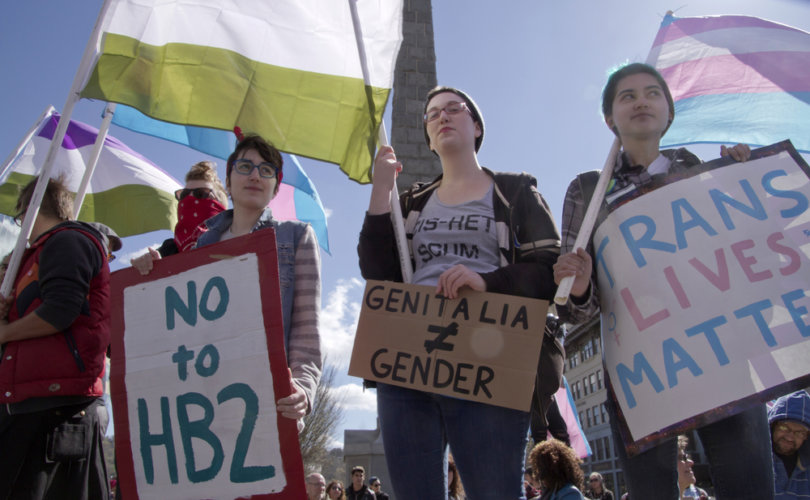 BALTIMORE, Maryland, October 11, 2016 (LifeSiteNews) – Johns Hopkins University has responded to a sweeping report by one of its psychiatrists debunking common myths about sexuality by declaring its “unequivocal and profound commitment to the LGBTQ community” and announcing that it will provide “gender-affirming” surgeries to attempt to change men into women and vice versa.

The reaction to the report, co-authored by former Johns Hopkins psychiatrist-in-chief Dr. Paul McHugh, is significant because McHugh himself had halted “sex change” surgeries at the institution in 1979. He did so on the grounds that “producing a ‘satisfied’ but still troubled patient seemed an inadequate reason for surgically amputating normal organs.”

The university sent out a statement on October 7 laying out their new position.

“In recent months, some have questioned our position, both inside and outside the institution, not because of any change in our practice or policy, but because of the varied individual opinions expressed publicly by members of the Johns Hopkins Medicine community,” according to the statement, signed by Paul B. Rothman, M.D., Dean of the Medical Faculty, and Ronald R. Peterson, President of Johns Hopkins Health System.

“We have taken these concerns seriously,” the statement continued. “We want to reiterate our institutional support for LGBT individuals and update you on the work we are doing to further that commitment.”

JHU’s “deep commitment to providing a welcoming and supportive environment—and the best possible care—for all LGBT individuals who work for or seek help from Johns Hopkins Medicine” means the institution has adopted a multitude of pro-LGBT policies and practices that the email laid out in detail.

These include a JHU and Johns Hopkins Medicine nondiscrimination policy that includes “gender identity, gender expression and sexual orientation,” the promotion of “culturally competent care for every person we are privileged to treat, including training our staff members, faculty members and students in issues related to LGBT health,” and insurance coverage of “transgender health services, including surgical procedures, with no lifetime maximum benefit.”

“Johns Hopkins Children’s Center physicians helped lead an American Academy of Pediatrics committee that authored the 2013 policy statement that supports access to clinically and culturally competent health care for all LGBT and questioning youth,” the email continued. JHU faculty members have used their research to “[advance] understanding of LGBT health and well-being, contributing to the important work of counteracting the negative effects of bias, discrimination and stigma that can hinder LGBT communities from seeking and receiving the best health care,” it states.

“We have committed to and will soon begin providing gender-affirming surgery as another important element of our overall care program, reflecting careful consideration over the past year of best practices and the appropriate provision of care for transgender individuals,” according to the statement.

McHugh’s recent study, published in The New Atlantis, examined more than 200 peer-reviewed studies related to human sexuality and found that understandings of sexual orientation and gender identity as “innate” rather than fluid are “not supported by scientific evidence.” JHU School of Medicine psychiatrist and Arizona State University biostatistics professor Dr. Lawrence S. Mayer co-authored the report.

The Human Rights Campaign, one of the nation’s wealthiest and most powerful gay rights groups, announced in the wake of McHugh’s study that it had “been in communication with Johns Hopkins over the need for an official statement about McHugh and Mayer’s activities” and “met with leadership at Johns Hopkins to express the urgency of this issue and the continued need for action.”

“If Hopkins’ leadership ignores their community’s call to correct the record…its Healthcare Equality Index score will be reduced substantially,” the HRC’s statement warned. The group recently added hospitals to its “equality” ranking system, which also grades businesses on how friendly they are to the homosexual and transgender cause.

“We also restate that as an academic medical research institution, academic freedom is among our fundamental principles—essential to the self-correcting nature of scientific inquiry, and a privilege that we safeguard,” the JHU statement added. “When individuals associated with Johns Hopkins exercise the right of expression, they do not speak on behalf of the institution.”