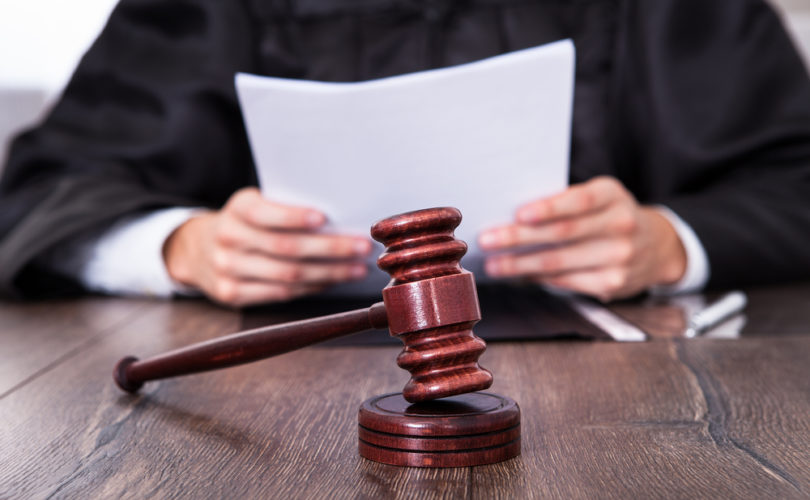 June 22, 2015 (LifeSiteNews) – Not everyone who went through reparative therapy suffered, contrary to a lawsuit filed in a New Jersey court by the Southern Poverty Law Center (SPLC).

SPLC, which regularly brands groups that support marriage “hate groups,” used the Consumer Fraud Act to bring a case against Jews Offering New Alternatives for Healing (JONAH) in 2012. According to a SPLC spokesperson cited on its website, “this case is about exposing the lie that LGBT people are mentally ill and that they need to be cured. Groups like JONAH should not be allowed to use bogus therapy, based on junk science, to scam LGBT people and their families out of thousands of dollars.”

However, a spokesperson for the Freedom of Conscience Defense Fund told LifeSiteNews that JONAH's therapy has received praise from past participants.

“Before the SPLC offered to make them heroes to the organized gay community by becoming plaintiffs, the plaintiffs all said they enjoyed and benefited from the program,” said Maggie Gallagher. “Right now, on the stand in New Jersey, you can hear from nine program participants who testify JONAH helped them immensely lead their lives according to their primary identity, as religious people.”

“One of the SPLC's own expert witnesses, Dr. Lee Beckstead, acknowledges there is no systematic scientific evidence any of these forms of therapy cause concrete harm,” she added.

Gallaghter said that former American Psychological Association president “Dr. Nicholas Cummings, one of the people who helped overturn the listing of homosexuality as a mental disorder, acknowledges that he personally has helped hundreds of patients change their sexual orientation and that sexual orientation change efforts are not, per se, unethical.”

While Gallagher says that JONAH is in the capable legal hands of Charles LiMandri, who “has been quite brilliant in cross-examining SPLC's experts” – SPLC's website claims their litigation has won some preliminary victories.

A Superior Court judge did not allow the founder of NARTH — a reparative therapy organization — and others to be questioned in court, “because their opinions are based on the false premise that homosexuality is a disorder.”

Judge Peter Bariso wrote that “the theory that homosexuality is a disorder is not novel but – like the notion that the earth is flat and the sun revolves it – instead is outdated and refuted.”

Bariso also ruled that because homosexuality is not considered a disorder by many mainstream psychological organizations, claiming it is one violates New Jersey's consumer fraud law.

However, Gallagher says LiMandri got SPLC's experts “to concede gay people who want to live according to their religious values have the right to seek help and that identity and behavior can change, even if they believe orientation per se may not change.”

The plaintiffs claim they were emotionally abused by JONAH, and had to seek therapy after leaving its services.

Gallagher told LifeSiteNews that a decision could arrive for JONAH by the end of the month.

The lawsuit is a new step in SPLC's actions against organizations that uphold traditional values. Floyd Corkins perpetrated an act of terrorism against the Family Research Center, finding its location based on the SPLC website's map of “hate groups.”

Corkins attempted to murder the security guard who confronted and ultimately disarmed him. Corkins confessed that he considered bombing the building and intended to shoot all the employees and smear Chick-fil-A sandwiches in their faces.

The attempted murderer was sentenced to 25 years in prison.