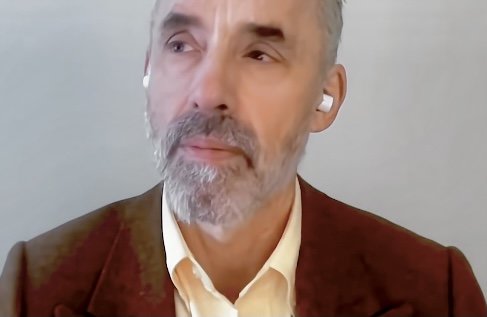 After Trudeau and other Canadian governments froze the crowdfunding campaigns in support of the Freedom Convoy protesters demonstrating against tyrannical so-called COVID restrictions, noted psychologist Jordan Peterson decried the financial stifling of political opponents as the “worst thing” to ever happen in the country.

“I think the most dangerous thing I’ve seen actually is the political attempts to shut down the GoFundMe funding. That’s unparalleled. I think that’s an unparalleled act in Canadian history,” Peterson stated in a video clip published yesterday.

“I truly think that’s the worst thing that’s happened to us thus far,” added Peterson, mentioning that he is “not by nature a cynic” but “the act of sheer short-sighted, narcissistic, self-righteous, idiocy, that went into blocking the GoFundMe funding” is “beyond comprehension.”

Citing specifics, Peterson said the financial crackdown against protesters is “basically a form of theft, collusion between a fairly large corporate entity, GoFundMe, and the government.”

He also called for an end to the state-funded media outlet, the Canadian Broadcasting Corporation (CBC), which he referred to as an “appalling corrupt, ideologically warped, politically correct, collusionary media source with the Canadian government.”

Since Peterson’s statements went “viral,” the Trudeau government has only tightened its grip on the public, with Trudeau becoming the first-ever prime minister to enact the federal Emergencies Act. The Emergencies Act is the most heavy-handed piece of legislation in the country and is meant only to be used in times when the sovereignty of the nation is under threat.

Trudeau’s use of the Act against peaceful protesters, which includes not only the government regulation of crowdfunding sites but also allows banks to freeze the accounts of private citizens without a court order, has been met with intense criticism by Canadian and international commentators alike.

After Trudeau put out a statement today celebrating Canada’s National Flag Day, Peterson mocked the prime minister, stating, “’Today we celebrate our national flag’ as crowdfunding for political protest has been redefined as a terrorist act,” and “’[Canadians celebrate] the shared values that unite us’ [while] our bank accounts are no longer secure from arbitrary government seizure.”

Joining in on the slamming of Trudeau, Fox News host Tucker Carlson ran a segment on his show Monday night accusing the prime minister of installing a “dictatorship” by invoking the Emergencies Act.

“What’s happening in Canada now is not an emergency,” Carlson explained before playing a clip from Ottawa of protesters dancing and singing. “According to Justin Trudeau, everyone you saw in that tape is a terrorist … even the kids in their bouncy caps.”

Despite Trudeau’s announcement, according to the Canadian Civil Liberties Association, “the federal government has not met the threshold necessary to invoke the Emergencies Act.”

“This law creates a high and clear standard for good reason: the Act allows government to bypass ordinary democratic processes. This standard has not been met,” the group emphasized.