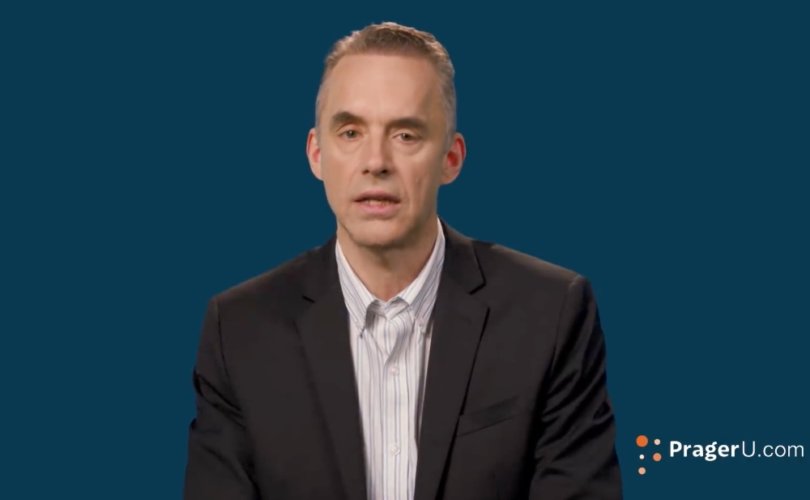 “You may not realize it, but you are currently funding some dangerous people,” he said as an introduction to a five-minute video created by PragerU. “They are indoctrinating young minds across the West with their resentment-laden ideology.”

The professor of psychology, who earned a Ph.D. at Montreal’s McGill University, has done post-doctoral research at Harvard University and taught at the University of Toronto since 1998. He says that there is a cabal of university lecturers who are determined to undermine western civilization as we know it.

They regard our civilization as “corrupt, oppressive, and patriarchal.”

“If you’re a taxpayer or paying for your kid’s liberal arts degree, you’re underwriting this gang of nihilists,” Peterson warned. “You’re supporting ideologues who claim that all truth is subjective, that all sex differences are socially constructed, and that western imperialism is the sole source of all Third World problems.”

“They’re the post-modernists pushing progressive activism at a college near you,” he continued.

Peterson blamed academic ideologues for mobs that violently shut down campus speakers, language police who enforce new transgender pronouns, and campus administration who strive to root out discrimination “where little or none exists.”

The problem began in the 1960s and 1970s when young radicals became the professors that teach today. Now students wrack up enormous student debt, not to become educated, but to become acolytes of their mentors. As Peterson observes, it is now possible to earn a degree in English Literature without reading the work of “dead, white, male” William Shakespeare.

“To understand and oppose the post-modernists, the ideas by which they orient themselves must be clearly identified,” Peterson said.

First, they include an “unholy trinity” of buzzwords “diversity,” “equity,” and “inclusion.”

Diversity does not apply to opinions, but to “ethnicity, race, and sexual identity.” Equity is no longer about equal opportunity but about “equity of outcome.” Inclusion involves the use of quota systems.

“All the classic rights of the West are to be considered secondary to these new values,” Peterson said. Freedom of speech is particularly despised.

“They won’t admit that capitalism has lifted up hundreds of millions of people, so they can for the first time in history afford food, shelter, clothing, transportation, even entertainment and travel,” stated Peterson.

Thanks to capitalism, today even many we consider poor are able to meet their basic needs. The true is not the same for such socialist holdouts like Venezuela.

Third, they traffic in politics of identity. Disregarding the uniqueness of an individual, they see him or her as an “exemplar” of his race, sex, or sexual preference or, even more limiting, as either a victim or an oppressor.

“…Ideas about victimization do nothing but justify the use of power and engender inter-group conflict,” Peterson says.

The post-modernists’ values originated with Karl Marx, whose economic and political theories caused several economies to fail and tens of millions of people to perish.

“We fought a decades-long Cold War to stop the spread of these murderous notions,” he said, “but they’re back in the new guise of identity politics.”

Instead of being consigned to the trash can of history, Marx’s ideas are being kept alive by the institutions that should be passing on the riches of western achievement to every generation, he added.

“Unless we stop, post-modernism will do to America, and the entire western world, what it has already done to its universities,” he concluded.

Prager University, or PragerU, is the brainchild of talk show host Dennis Prager. Founded to counter the Left’s stranglehold on American universities, the media organization produces one thought-provoking digital essay a week.