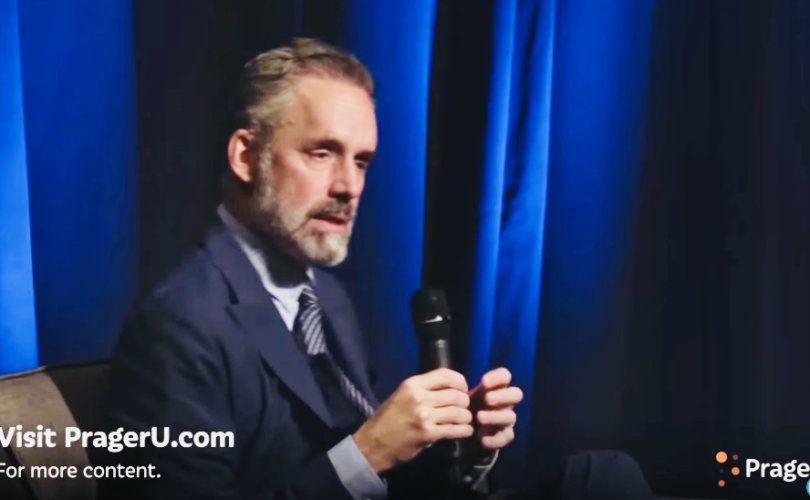 May 27, 2019 (LifeSiteNews) — Speaking with one of the best-known conservative Jews, Dennis Prager, at the PragerU summit last week, world-famous psychologist Jordan Peterson spoke of God and his views of faith. After speaking about his dislike for the question ‘Do you believe in God?’ Peterson said, “I think that Catholicism — that's as sane as people can get.”

Peterson has often been asked about his faith, if he believes in God, and he said the question has always troubled him. He promised a podcast on the matter since he has given his dislike for the question much thought.

He explained, “Who would have the audacity to claim that they believed in God if they examined the way they lived? Who would dare say that?”

“To believe, in a Christian sense,” he added, “means that you live it out fully and that's an that's an unbearable task in some sense.”

Then in one long drawn-out, rapid-fire thought, the type that has enthralled his millions of fans, he laid out extemporaneously the vision of a believer in God:

“To be able to accept the structure of existence, the suffering that goes along with it and the disappointment and the betrayal, and to nonetheless act properly; to aim at the good with all your heart; to dispense with the malevolence and your desire for destruction and revenge and all of that; and to face things courageously and to tell the truth to speak the truth and to act it out, that's what it means to believe — that's what it means — it doesn't mean to state it, it means to act it out. And, unless you act it out you should be very careful about claiming it. And so, I've never been comfortable saying anything other than I try to act as if God exists because God only knows what you'd be if you truly believed.”

See the full exchange of Peterson and Prager here.