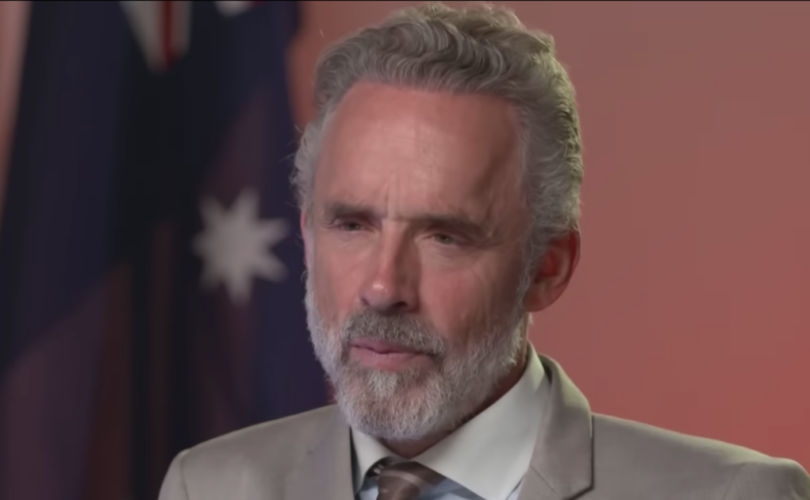 KITCHENER, Ontario (LifeSiteNews) – Jordan Peterson and his legal team are pushing forward with a lawsuit against Wilfrid Laurier University (WLU) for statements that two professors made about him in 2017, including one who compared Peterson’s message to “a speech by Hitler.”

The National Post reported that WLU asked the Ontario Superior Court of Justice to dismiss the defamation lawsuit, arguing that it would limit free expression.

The university’s defence has argued that Peterson’s lawsuit against the school and the professors is an attack on freedom of expression, even though in 2017 the WLU administration and professors attempted to stop the exchange of Peterson’s ideas on campus. WLU’s motion to the Superior Court called it “a strategic lawsuit against public participation, which has been brought to limit Laurier’s expression and to deter it from participating in public discourse on matters of public interest.”

Kathryn Marshall, one of Peterson’s lawyers who is a National Post columnist, said there is “zero merit” to WLU’s motion and the school is using it as a “maneuver to intimidate him and try to get him to drop his lawsuit.”

Marshall added that Peterson is “not going to be” backing down from the lawsuit.

Peterson is a professor emeritus of the University of Toronto, but controversy arose at WLU in 2017 when a graduate student named Lindsay Shepherd played clips of a Jordan Peterson appearance on public television in Ontario. In the clip, Peterson explained why he thought it was a bad idea to compel the use of transgender pronouns.

One of Peterson’s interlocutors on the now infamous debate panel is University of Toronto professor Nicholas Matte, who is the curator of “Canada’s largest archival collection of pornography.”

According to Shepherd, in 2017 she still viewed herself as a “leftist” and only showed the program to the students in the interest of facilitating an open discussion in the interest of an exchange of ideas as part of a university course.

However, to her dismay, she was berated by communications studies professors Nathan Rambukkana and Herbert Pimlott for her efforts. The professors along with a school administrator alleged that Shepherd had encouraged violence against some students because she showed the clip of Peterson from public access television.

The professors not only berated Shepherd for showing the clip, but, along with comparing Peterson to Hitler, said that Shepherd’s promotion of the exchange of ideas was “the equivalent of debating whether or not a student of colour should have rights or should be allowed to be married.”

Shepherd recorded the exchange and it was released to the public, causing a firestorm of cancel culture to ensue in Canada, with Shepherd and Peterson at the centre of it.

Peterson is seeking more than $3 million from the university and the parties involved.