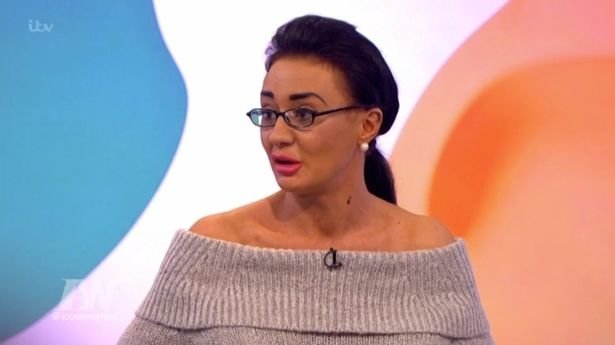 March 22, 2016 (SPUC) — A mother-of-three has said publicly that she regrets having an abortion, saying it left her in “a vulnerable place” and in need of professional help.

Josie Cunningham aborted her fourth child last year so that she could get plastic surgery – in order to pursue a career in pornography. She had also threatened to get an abortion in 2014 in order to appear on Big Brother, but cancelled her appointment at the last minute.

Ms Cunningham said at the time that the experience had made her opposed to abortion, but tragically she ended up having an abortion just one year later anyway.

“I'm disgusted with myself”

When asked if she regrets her abortion on daytime TV recently, Ms Cunningham broke down in tears as she replied: “I deeply regret going against my own morals and beliefs. I’m disgusted with myself.”

At another point in the interview, she said:

I was in a vulnerable place and at the time I thought I had all this confidence. I didn’t realize I was a shadow of myself. It’s taken all this for me to get this help. Within a couple of weeks I went to see someone.

I’ve learnt that life doesn’t revolve round Botox and teeth and looking perfect, you find beauty within. I believe now that I do feel beautiful inside.

Josie Cunningham made national headlines for all the wrong reasons two years ago when she sensationally announced that she was going to abort her third baby in order to appear on the reality TV show Big Brother.

The media frenzy that ensued led to Ms Cunningham being dubbed 'Britain's most hated woman', but it also led to an outpouring of love and support from pro-lifers trying to reach out and help persuade her to keep her baby.

And it seemed to have worked – Ms Cunningham cancelled her abortion appointment, kept her baby and then even announced that the experience had made her become pro-life.

At that time she said:

I really thought I would be able to but I couldn’t. I’d felt the baby kick for the first time 24 hours earlier and I couldn’t get that feeling out of my head. I’d forgotten what the feeling was like. It was magical. It was like the baby was telling me not to go through with it.

I was in the taxi driving to the clinic and felt physically sick. I was shaking. When the driver told me we were a minute away I burst into tears. I wanted to throw myself out of the moving car to get away. I had my hands on my bump and I had the strongest feeling I couldn’t let anyone take my baby away.

Tragically, in 2015 Ms Cunningham was in the news again publicly planning to have an abortion.

This time, she said is was so that she could get a nose job.

She rationalised her decision by telling the Sunday People the following about her decision:

I’d had the boobs done, I had the body, but I realised that to be really successful in the adult industry I needed the face too. People can hate me – but the pregnancy was going to ruin my chance of finally making it. Next year I’ll be posing for glamour shots instead of nine months pregnant lying on the sofa with fat ankles. That’s my decision and no one else's.

Now, Ms Cunningham has taken to the media again, but this time to share her pain as a victim of abortion.

Earlier this month another celebrity, Katie Price, admitted on the same talk show that she would probably have aborted her son Harvey if she had known about his disabilities before he was born.

The mother-of-five went on to say that she is glad she chose life for her son, and that his life has now changed her attitude towards disabled people. She added that she would also now consider adopting a child with disabilities.