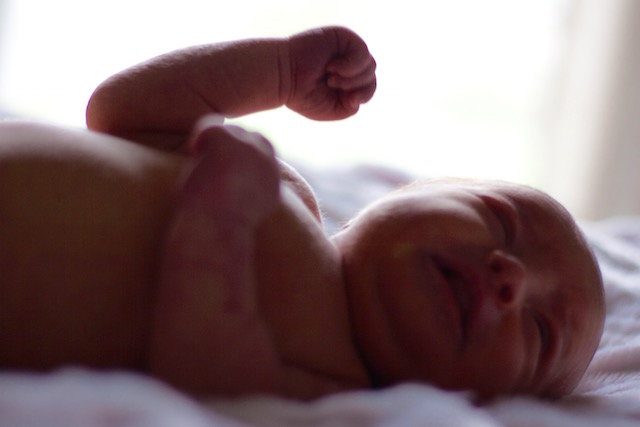 NEW YORK, February 27, 2019 (LifeSiteNews) — A writer for the liberal website Quartz claimed that “There is no such thing as an ‘abortion survivor.’”

Journalist Annalisa Merelli made the assertion despite the accounts of dozens of people, such as Melissa Ohden and Gianna Jessen, who are survivors of abortion. Merelli wrote on the day that the Senate failed to pass the Born-Alive Abortion Survivors Protection Act that “An abortion is performed with the intention of ending a pregnancy, so there are no survivors.”

Introduced by Republican U.S. Sen. Ben Sasse of Nebraska, the bill would have prohibited a “health care practitioner from failing to exercise the proper degree of care in the case of a child who survives an abortion or attempted abortion.” It would have made it a felony for doctors to kill or neglect any infant survivor of abortion. It also stated that “if an abortion results in the live birth of an infant, the infant is a legal person for all purposes under the laws of the United States, and entitled to all the protections of such laws.”

Against widely reported evidence, Merelli claimed that the bill “peddles the false narrative” that late-term abortions can result in “live babies left to die” by medical professionals.

“This is not a practice that exists, yet the bill seeks to criminalize it,” she said before asserting, “An abortion is performed with the intention of ending a pregnancy, so there are no survivors. What the bill’s sponsors seem to be targeting are the rare situations in which a woman decides to have abortion at the later stages in her pregnancy because it can’t proceed healthily for her, the fetus, or both.”

Confusingly, she admits that babies are indeed delivered alive during late-term abortions. Merelli wrote that “dilation and evacuation” is the method used for many abortions in the latter stages of pregnancy.

“The fetus dies before it leaves the birth canal,” she wrote. However, she wrote that in “very advanced stages of pregnancy,” providers conduct induction abortion, which she noted “is similar to labor.” She said of this “riskier procedure” that “it can lead to the fetus leaving the body alive, albeit in a terminal state.”

Pro-life advocate Jill Stanek, among others, exposed the practice of “live birth abortion” years ago. She recalled that, as a nurse in Illinois, she once cradled a Down syndrome baby in her arms as it died after being abandoned following a botched abortion. Stanek wrote that many babies live for two or three hours, if not longer, after abortion.

In England, doctors exercised what they called “compassionate termination” of a 25-week-old baby. The baby lived for an hour after birth, despite having its umbilical cord injected with toxic saline solution.

That some abortion survivors have grown to adulthood to advocate for other survivors is evidence that infants do survive and thrive after abortion. Commenting on the failure of Sen. Sasse’s bill, Ohden told Fox News on Tuesday: “I'm living proof this is necessary.” She has said that she was “accidentally born alive” after a saline-infused abortion.

Ohden was at the Capitol when the Senate failed to pass the Born-Alive Abortion Survivors Protection Act.

“I was disappointed,” Ohden told “Fox & Friends,” adding, “but I'm certainly not surprised. The Democrats who voted last night against this bill really showed us that they're willing to sacrifice lives like mine to keep abortion-on-demand right there.”