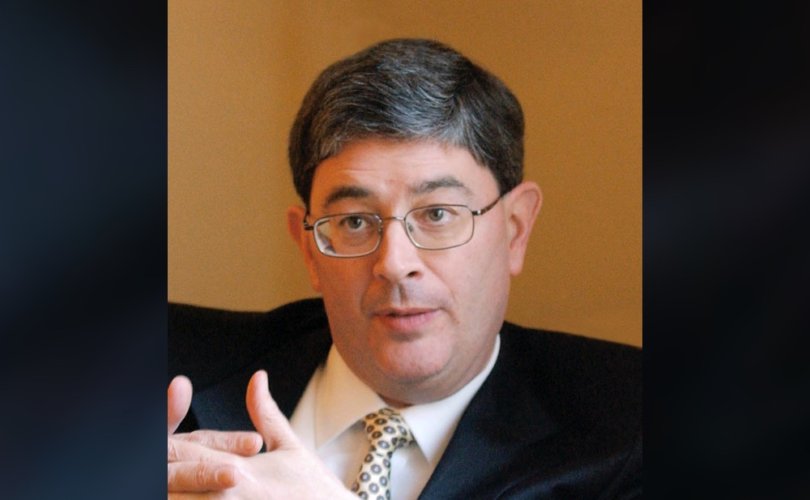 DENVER, Colorado, September 20, 2018 (LifeSiteNews) – Both a bestselling papal biographer and a group of young priests have expressed their fears for the Synod on Youth after reading its working document.

George Weigel, the biographer of Pope St. John Paul II, wrote in the Denver Catholic that the Instrumentum Laboris, or working document, for October’s XV Ordinary General Assembly of the Synod of Bishops, is not a good basis for the members’ discussion.

“The IL [Instrumentum Laboris] is a 30,000+ word brick,” Weigel stated, “a bloated, tedious door stop full of sociologese but woefully lacking in spiritual or theological insight.”

“Moreover, and more sadly,” he added, “the IL has little to say about ‘the faith’ except to hint on numerous occasions that its authors are somewhat embarrassed by Catholic teaching – and not because that teaching has been betrayed by churchmen of various ranks, but because that teaching challenges the world’s smug sureties about, and its fanatical commitment to, the sexual revolution in all its expressions.”

The working document also mentioned “LGBT youth,” the first time the loaded phrase has ever appeared in a Vatican document.

“The Synod’s Instrumentum Laboris (working document) concedes too much to the sexual revolution, which has caused such great harm to young people,” they wrote.

After pointing out that their generation has grown up in a culture hostile to the truths of Christian faith, the young priests pointed out that neither young people who uphold doctrine or programs that have successfully formed young people in the Catholic faith are mentioned in the working document.

“When we read the Instrumentum Laboris, we do not find an extensive analysis of models that have proved successful in forming young people in the faith,” they wrote.

“Nor do we find guidance on how the socio-cultural concerns of young people can be raised and oriented toward a supernatural end. We find instead vague references to ‘some young people’ who wish for this or that part of the Church’s teaching to change,” the priests continued.

This does not reflect their experience of young Catholics.

“…We know many young people who do not want the Church’s teachings to change, who instead want them proclaimed more vigorously – precisely because they see them as the antidote to the cultural wasteland in which we live,” the priests insisted. “For this reason, we believe the Instrumentum needs substantial rethinking and revision.”

‘Only the Gospel, lived in its radical vigor, can satisfy’

Weigel fears that the very length of the working document suggests that it is not the beginning of a discussion but its prefabricated end.

“A gargantuan text like this can’t seriously be considered as a basis for discussion at the Synod,” he wrote.

“No text of more than 30,000 words, even if written in a scintillating and compelling style, can be a discussion guide,” Weigel continued. “The IL for Synod-2018 reads, rather, like a draft of a Synod Final Report. And that is a prescription for a failed Synod.”

Both the veteran Catholic author and the young Catholic priests have suggestions to salvage the Synod. They all think orthodox teaching should be stressed.

“Only a powerful encounter with Jesus Christ and a joyful proclamation of the orthodox faith of the Church can inspire young hearts and fire young people to mission,” the priests wrote.

Discovering that the sexual liberation is “shackling” instead of freeing and “radical autonomy” a lie, young people are actively looking for something else, they believe. That something can be found in the Gospel.

“Then the Gospel of Jesus Christ manifests itself anew as liberation, as freedom from the shackles of our age, so that we instead become prisoners for the Lord, missionary disciples whose hearts are burning within them,” the priests explained. “We pray that the primary effect of this Synod will be an unabashed proclamation of this authentic Gospel for the young people of today.”

Weigel says the Synod can be salvaged if the bishops present recognize that young people don’t want a “pandering Church,” but one that tells the truth.

“…Above all, and perhaps especially in this time of grave troubles, what young people want (and what the rest of us want, at least in the living parts of the Church) is a Church that lives joyfully, teaches clearly, manifests holiness, offers comfort and support to the needy – and answers our questions clearly and honestly,” he wrote.

“Young people (and the rest of us) do not want a pandering Church, but an evangelically-vibrant Church that manifests and offers friendship with Jesus Christ.”

He also suggested that Synod participants stress “that the clarity of Catholic teaching on life issues attracts many young people today, precisely because that clarity is in sharp contrast to the incoherence about what makes for human happiness that people of all ages increasingly detect in the lifestyle libertinism of contemporary Western culture.”

The young priests seem to concur, saying that they have experienced where this has led:  “divorce, the unchecked pursuit of pleasure, objectification of women, sex trafficking, pornography, all of the horrors that precipitated the #MeToo movement, listlessness, despair, addiction.”

“Our culture is all too eager to sell us false idols. Only the Gospel, lived in its radical vigor, can satisfy,” they concluded. “Christ alone is the answer to the challenges for our generation. May we embrace him and his call to holiness anew in this hour.”