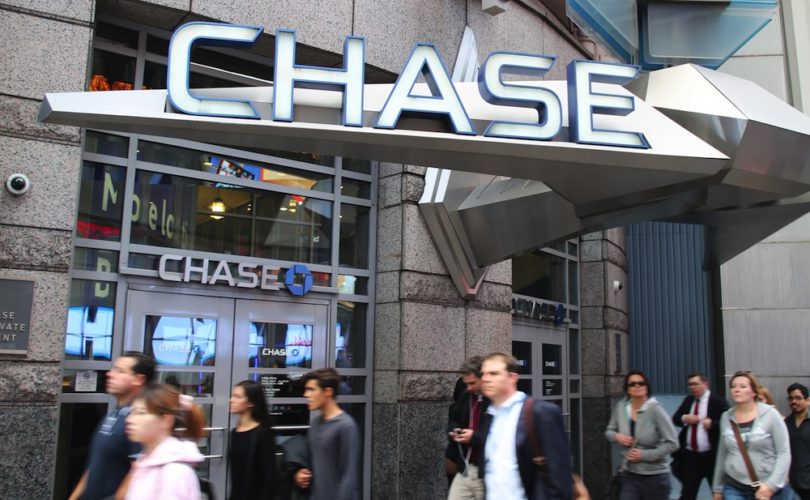 NEW YORK — JPMorgan Chase Bank is forcing employees to inform them whether they are “LGBT” or an “ally of the LGBT community,” according to Princeton Professor Robert George.

At the Mirror of Justice blog, George posted an email he received from a friend employed by the company relating that there were some unusual new questions on their recent annual Employee Survey.

The survey asked employees if they fit into any of the following categories:

In response to the fifth option, George’s friend said, “What?! What kind of question was that? An ‘ally’ of that community? What's the alternative if you don't select that option? You're not a ally of the LGBT community?”

“This survey wasn't anonymous. You had to enter your employee ID,” he added. “The worry among many of us is that those who didn't select that poorly placed, irrelevant option will be placed on the ‘you can fire these people first’ list.”

Prof. George indicated Chase's questions could lead to the kind of professional harassment faced by former Mozilla CEO Brendan Eich, who was forced out of his job because of his support for marriage.

“The message to all employees is perfectly clear: You are expected to fall into line with the approved and required thinking,” he wrote. “Nothing short of assent is acceptable. Silent dissent will no longer be permitted.”

In a follow-up post July 1 at Mirror of Justice, George reported that he had received an email from a second employee.

“I just wanted to confirm the Chase employee survey. It did have the last two options about being an LBGT ally,” said the employee, who asked to remain anonymous. “I have worked for Chase for [here he gave the number] years and was blown away by this question. I have no idea what they were thinking when they asked that.”

Chase is a well-known supporter of Pride Parades and the homosexual movement.