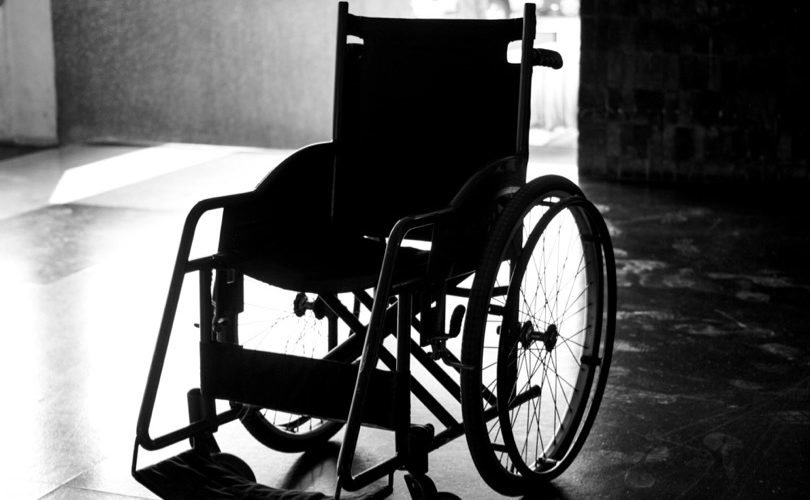 TORONTO, March 18, 2016 (LifeSiteNews) — An 81-year-old man has been killed by his doctor within 24 hours of an Ontario judge's ruling yesterday that he could jump the gun on legislation to govern the practice coming out in June. The judge also ruled that instead of stating on the man’s death certificate that he died from a lethal injection by a doctor, it could simply be put that he died from the disease that was ailing him.

Alex Schadenberg, executive director of the Euthanasia Prevention Coalition, called the man’s death by the hand of a doctor an “abandonment” of someone who needed love and compassion.

“If doctors are told that it is acceptable to lie on a death certificate, there can be no oversight.”

“It's all about lies. Everything about euthanasia and assisted suicide is about lies. The activists say it's about ‘death with dignity.’ But, a truly dignified death is a natural death where you are properly cared for, have proper pain management, and where you are not abandoned to the lethal injection,” he said.

“True dignified death is actually about allowing someone to die a comfortable death, allowing them to live until the very end, in order to allow them to close the door naturally on the life experience. Death should be a natural process,” he added.

The man, who can only be identified as A.B., is the third death in Canada of a patient by the hand of a doctor after the Supreme Court last year threw out prohibitions against euthanasia and assisted suicide.

Superior Court Justice Paul Perell ruled yesterday that the man’s suffering from terminal lymphoma made him eligible for euthanasia according to criteria for the exemption established by the Supreme Court ruing, namely that the patient have mental competency, be in great pain, and make the request for death without coercion.

The patient was killed by his doctor at an undisclosed location today, reported Canadian Press.

Prior to his death, the man had urged the Canadian government to hurry the legislation to allow doctors to legally kill their patients.

Schadenberg said that the judge’s decision to allow the man’s death certificate to be falsified as to the true cause of death is a “very big problem,” especially if it becomes standard practice.

READ: I became a doctor to heal, not to be a ‘paid executioner’ of the Canadian gvmt (VIDEO)

“If this becomes standard practice, no one will be able to know how many deaths by euthanasia are taking place in this country. If doctors are allowed to euthanize patients but record that they died a natural death, it becomes practically impossible to ensure that doctors are providing all patients with the proper care they deserve, and not just euthanizing them,” he said.

“If doctors are told that it is acceptable to lie on a death certificate, there can be no oversight. You can't control something that you are not properly recording, that you are intentionally lying about,” he added.

The judge had granted the man's request to falsify the death certificate so that the doctor performing the deed would not have to notify the coroner, which could lead to a police investigation, an autopsy, and possible toxicology tests.

Last month a federal parliamentary committee released a number of recommendations for forthcoming law to govern the deadly practice of doctor-abetted suicide, among which was that doctors must “at minimum” provide their patients an “effective referral” for assisted suicide and euthanasia. The recommendations also state that Catholic hospitals must perform the procedure.

Last week Dr. Brad Burke, a physical medicine and rehabilitation specialist based in southern Ontario, told LifeSiteNews that the true practice of medicine is about healing, not killing.

“I went into medicine to be an instrument of God’s mercy and God's grace, not to be a paid executioner for the Canadian government,” he said.