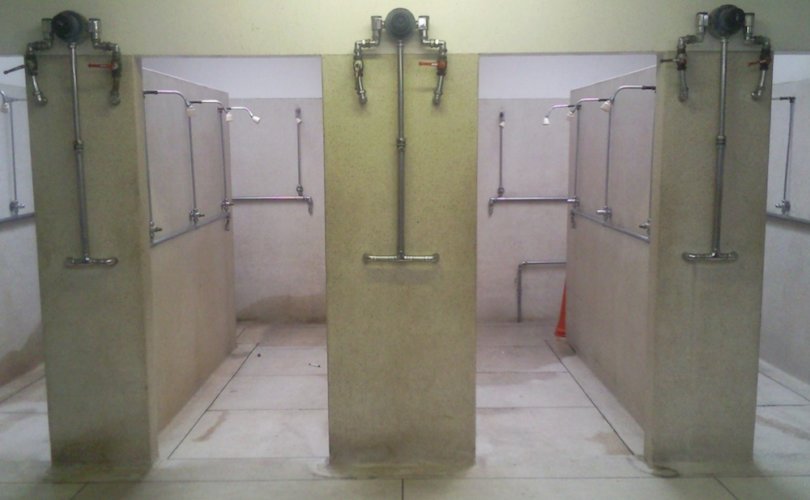 August 7, 2019 (LifeSiteNews) – A Minnesota district judge is allowing a gender-confused student’s lawsuit to proceed against the Anoka-Hennepin School District over its policy on transgender locker rooms, declaring a need for “immediate” resolution of the matter.

In February, the group Gender Justice and the local chapter of the American Civil Liberties Union (ACLU) sued the district on behalf of a Coon Rapids High School student identified only as NH. The suit alleges that the district “discriminated” against NH, a member of the school's boys swim team, by directing her to change in an “enhanced-privacy bathroom” instead of letting her use the boys locker room.

The suit claims the restriction caused NH to be repeatedly hospitalized for mental health, and eventually transfer to another school district.

“Transgender students themselves are the best judge of where they will be safe,” Gender Justice attorney Christy Hall declared. “And when the school board comes in and says you can’t use this restroom or this locker room like every other student, it singles them out. It makes them have to answer questions from their peers, not all of whom might be aware they’re trans.”

The district argued that the case was moot because NH was no longer a student, and that the Minnesota Supreme Court had previously ruled that assigning sex-specific facilities based on biological sex didn’t constitute sexual-orientation discrimination. But on Monday, District Judge Jenny Walker Jasper rejected the district’s bid to dismiss the suit and allowed the Minnesota Department of Human Rights to intervene on NH’s behalf, the Star Tribune reported.

“There can be no doubt that this case raises an important public issue of statewide significance that should be decided immediately,” Jasper wrote, adding that the case will “eliminate the need for the school district's arbitrary 'case-by-case' decisionmaking.”

“Separate never has been, and never will be, equal,” Minnesota Department of Human Rights Deputy Commissioner Irina Vaynerman declared in a press release. “Since 1993, the Minnesota Human Rights Act has protected everyone from gender identity discrimination, including transgender and gender nonconforming students. The Court’s ruling affirms our right to uphold these protections.”

Schools that haven’t yet surrendered to transgender activists generally accommodate gender-confused students by allowing them to use private staff restrooms or other single-occupancy facilities. Conservatives argue that forcing children and teens to share intimate facilities with members of the opposite sex subject them to needless emotional stress, and that giving males a viable pretext to enter female bathrooms or lockers increases the risk of assault.