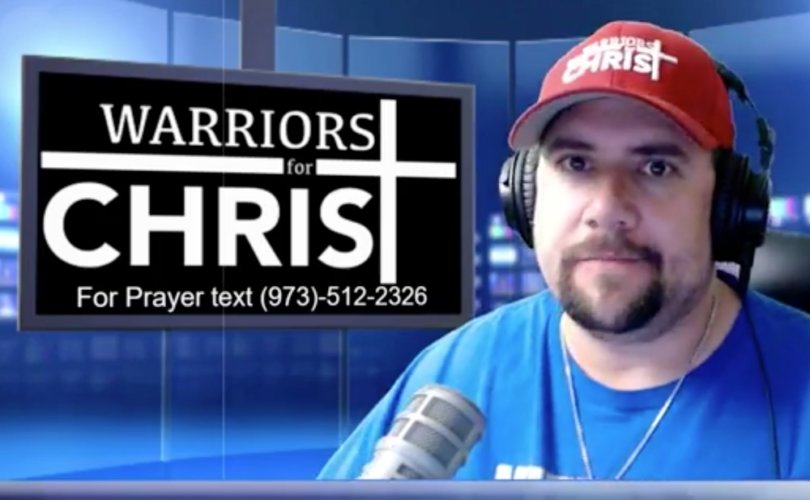 MARTINSBURG, West Virginia, September 14, 2018 (LifeSiteNews) – A Christian pastor and his wife emerged victorious from court last week when a magistrate ruled a woman who had previously agreed to stop harassing them online broke the terms of that agreement.

Now, Rev. Richard Penkoski, pastor of the Warriors for Christ online ministry, is offering to help other Christians fight back and use the courts against online defamation and threats of violence.

Penkoski thinks he is the target for online harassment because of his ministry's stand on the “sinfulness” of homosexual acts and its opposition to same-sex “marriage.” His ministry organizes events such as an upcoming protest against a “drag queen story hour” at a public library. His account has been blocked by Facebook for days at a time for posting content critical of the LGBT agenda.

A screen capture of a Facebook post from July 2 this year shows Paula Bowers, a resident of Olathe, Kansas, alleging on social media that the Christian pastor was then under investigation by the federal government of the United States.

“He's gotten out of dozens of organized fraud charges in the past,” alleged Bowers. “And so, every day he remotely accesses all of our accounts and phones like he is entitled to.”

The pastor has been called online a “perverted degenerate,” and has been accused of “violating” children. The pastor and his wife have been called “freaks. Stalkers, liars, predators and criminals.”

According to the 42-year-old Christian pastor, the online nastiness against him, his wife, Amanda Penkoski, and their six children started in January this year and it was only after months of it that they took legal action, eventually hammering out an agreement with Bowers in April.

That agreement, though, didn't stick.

“It lasted three days,” said Richard Penkoski in an interview. “She didn't abide by the terms of that agreement.”

With the online feud flaring up again, the Penkoskis went to court, alleging Bowers broke the terms of their agreement. Last week, Berkeley County magistrate Richard Stephens issued a default judgment in the couple's favor with a settlement of $10,000 against Bowers.

A default judgment is rendered in cases when there is a failure by one party in the lawsuit to take some legal action. A typical example is when one of the parties to the lawsuit fails to show up for a court hearing.

Neither the allegations brought forth by Bowers nor those made by the Penkoskis have been proven – or disproven – in a court of law.

Still, the Christian pastor is taking the win.

“We've been to court so many times, had to get restraining orders, police involvement, so when we got the judgment we were elated,” he said. ” This message says that Christians have rights and as long as we endure and fight back we can win.”

The Christian pastor is planning to give the $10,000 from the settlement to the pro-life, pro-traditional marriage American Family Association – when and if he gets it. Among the first things Penkoski is going to do in the wake of this judgment is try to take out a lien on Bowers' house to ensure she pays that money.

Despite the court's decision, the Penkoskis are still being harassed.

There's been a threatening voice mail message the Christian pastor says was left on his phone: “Tonight, you're going to die, B****!”

Online, someone identifying himself or herself as Carol Meyers has threatened Penkoski, calling him a fraud and threatening, “You'll be at the end of a noose when I'm done with you.” Last year, a news outlet reported Penkoski had received a threat from someone on Facebook identifying him or herself as “Michael Grant” who wrote: “I know somebody waiting right now to put a bullet through your skull.”

In a screen capture of another Facebook exchange, “Meyers” harasses the Penkoskis by insulting their son.

Even more disturbing online posts earlier this year alleged he was involved in child pornography and sex trafficking.

“It's disturbing,” said the Christian pastor. “It's disgusting.”

He thinks this is the work of homosexual activists who are angered by his ministry's stand against homosexuality and same-sex “marriage.”

But Penkoski is refusing to back down or water down his Christian message.

Instead, he's offering to help any Christians who want to fight back in court against similar online harassment.

“Stand up for your rights … you don't have to put up with this,” he said.

His legal battle to seek redress for online harassment cost him only $100. That was the cost of filing some papers to the court. The pastor represented himself in court and urges other Christians to take legal action when necessary to push back against anti-religious bigotry and online bullying.