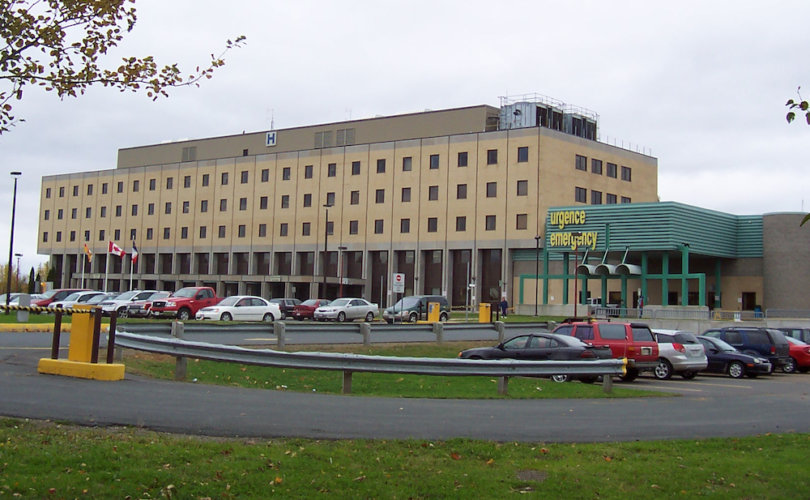 Leger justified his decision by saying pro-life praying puts the safety of patients and employees at risk.

“This is outrageous and shameful,” 40 Days for Life President Shawn Carney told LifeSiteNews. “In 2014, the U.S. Supreme Court struck down anti-free speech zones in Massachusetts, but Canada is fighting free speech like no one in the U.S.”

“I wonder what kind of country these judges want,” Carney added. “If you can't freely and peacefully gather on public property, then what can you do?”

Naqvi says the new legislation is “in response to several incidents of harassment.”

Chaleur Regional Hospital is run by the Vitalite Health Network, which asked for the injunction, claiming that once in 2012 pro-lifers obstructed ambulance traffic at the hospital.

Paramedic Michel Fournier testified that a pro-lifer stepped off the sidewalk, requiring him to hit the brakes of his ambulance, which caused a paramedic to lose balance and momentarily dislodge a patient's mask.

40 Days for Life activists dispute the charge that they intentionally blocked traffic, or that they are any threat to the safety of patients and employees. Pro-life activist Bernard Jacques testified that the group is mostly older people peacefully praying and sharing information to raise awareness about abortion.

Fellow pro-life activist Ronald Jessulat added that citizens have the right to share their convictions in public.

Last month, New Brunswick declared it will give out the dangerous abortion drug Mifegymiso to women for free, via taxpayer funds. Mifegymiso is commonly known as RU-486, a sometimes deadly combination of mifepristone and misoprostol.