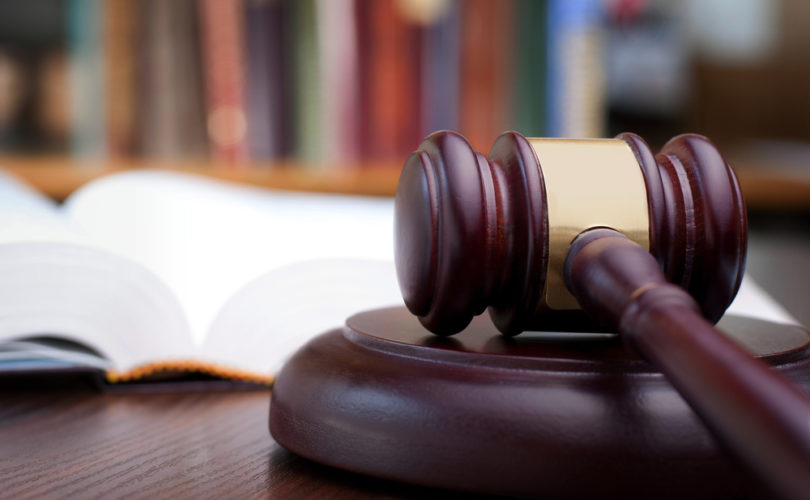 In March, Republican Gov. Phil Bryant signed a law banning abortion once a fetal heartbeat can be detected (as early as six weeks), with exceptions only to save a woman’s life or prevent harm to a “major bodily function.” It was slated to take effect on July 1 and designed to provoke a legal challenge that pro-lifers hope could lead to overturning Roe v. Wade. Twenty-one state attorneys general have joined a legal challenge against the law.

U.S. district judge Carlton Reeves heard oral arguments in the case Tuesday, CNN reports, during which he expressed indignation that the state would dare pursue a stronger pro-life law within months of him blocking the milder 15-week ban.

“Doesn’t it boil down to six is less than 15?” he asked, complaining that the heartbeat law “smacks of defiance to this court.” He characterized the legislature’s thinking as “we can’t do 15 weeks so by God we will do six weeks” and derisively suggested it might follow up with abortion bans starting at two or four weeks.

At several points, Reeves echoed common policy (rather than legal) arguments for abortion, such as women not yet knowing they’re pregnant at six weeks, or the prospect of a “child who is raped at 10 or 11 years old” by someone “in their home,” with a pregnancy that “nobody discovers until it’s too late” to abort.

He also asked whether the U.S. Supreme Court had ever upheld an abortion ban that takes effect prior to “viability.” An attorney for the state responded that the mere “fact that it hasn’t happened yet” doesn’t preclude the possibility. The state stresses that while current Supreme Court precedent hinges on fetal viability, the “chances of the fetus surviving to full term are 95%–98%” after a fetal heartbeat is found.

The state is also arguing that since 1992, the Fifth Circuit Court of Appeals has not considered an abortion law comparable to the heartbeat measure. “Instead of banning abortion, S.B. 2116 regulates the time period during which abortions may be performed,” it argues. “As such, it is akin to laws regulating the time, place, or manner of speech, which have been upheld as constitutional.”

Reeves’s tone echoed that of his November ruling against the 15-week ban, which was riddled with ideological arguments and political talking points for abortion, such as attacking pro-lifers’ motives and declaring that men “who cannot get pregnant or seek an abortion” lack standing to disrespect women’s “autonomy.”