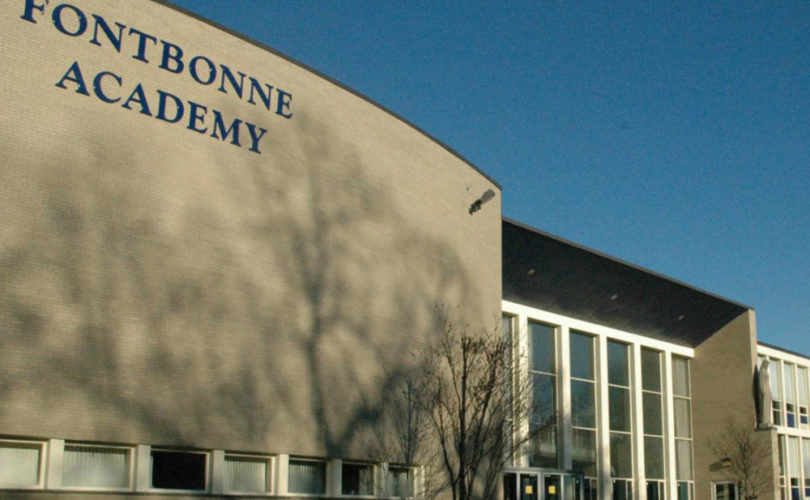 BOSTON, Massachusetts, December 21, 2015 (LifeSiteNews) – A Massachusetts judge sided with a practicing homosexual who sued a Catholic school for acting to uphold its Catholic identity.

In a first of its kind case, Norfolk Superior Court Judge Douglas Wilkins ruled that Fontbonne Academy discriminated against Matthew Barrett for his sexual orientation and gender in violation of State law when it withdrew a job offer in 2013.

Barrett had been offered the position of food services director at the all-girls Catholic prep school in Milton, MA, but the offer was later rescinded after Barrett had listed another man as his “husband” and emergency contact on his employee new hire form.

Wilkins said in his December 16 ruling Barrett's responsibilities directing food service for the school did not include presenting the teachings of the Catholic Church, according to the Star Tribune.

“As an educational institution, Fontbonne retains control over its mission and message,” Wilkins wrote. “It is not forced to allow Barrett to dilute that message, where he will not be a teacher, minister or spokesman for Fontbonne and has not engaged in public advocacy of same-sex marriage.”

Wilkins also rejected Fontbonne's claim that hiring Barrett would infringe on its constitutional rights because his “marriage” to a man is incompatible with its religious mission. He ruled that a religious exemption to the state anti-discrimination law applies only when a religious entity limits admission to people of a certain religion.

Fontbonne Academy is sponsored by the Sisters of St. Joseph of Boston, and is open to students and employees of all faiths, except in the case of its administration and theology faculty.

LifeSiteNews inquired with Fontbonne Academy and its attorney John Bagley for comment, asking whether there were plans for an appeal, and did not hear back by press time.

The decision is the first time a judge has rejected a religious organization’s claim that it has a constitutional right not to hire employees in same-sex “marriages,” Barrett’s lawyer, Ben Klein of Gay & Lesbian Advocates & Defenders (GLAD), said in a report from the Boston Globe.

American for Truth About Homosexuality President Peter LaBarbera said in a statement that Fontbonne Academy hurt its own case with its published policy of “sexual orientation” nondiscrimination concerning employment.

“That made it easier for the judge, who cites it twice, to diminish the school’s religious mission,” LaBarbera said.

“The judge probably would have ruled against Fontbonne anyway,” he continued. “Regardless, no religious or moral institution should ever have a pro-homosexual hiring code, as it grants the premise that homosexuality (a moral issue) is akin neutral nondiscrimination criteria that are unchangeable, such as race and ethnicity.”

Wilkins’ decision “dealt a significant blow” to the freedom Catholic schools have to hire according to their mission and ask their teachers and staff to serve as models of the faith, The Cardinal Newman Society said in a statement. Further, the ruling asserts Fontbonne Academy’s Catholic mission cannot be extended to encompass non-teaching positions.

The decision was also criticized by the Catholic Action League of Massachusetts, which called it “a frontal assault on religious freedom, an appalling subordination of the First Amendment to the Massachusetts gay rights law, and a victory by homosexual activists in their campaign to coerce Christians into compliance with same sex marriage.”

“Judge Wilkins's decision would compel Catholic institutions to hire those who reject and despise Catholic teaching, fatally impairing the constitutionally protected right of those institutions to carry on their mission,” League Executive Director C. J. Doyle said in a statement.

Barrett said in his complaint he was told he could not be hired because he was in a same-sex “marriage” and this was inconsistent with the Catholic faith after indicated he had a “husband” in his paperwork.

Barrett’s complaint also states he was advised by Fontbonne’s then Head of School, Mary Ellen Barnes, that every employee is regarded as a “minister of the mission,” and that he would be expected to model Catholic teaching and values. After being asked if he could “buy into that,” his complaint states, he “responded affirmatively.”

Barrett filed the complaint with the Massachusetts Commission against Discrimination in 2014, saying at the time, “I had all the qualifications. That was the job for me. It just ate me up.”

“Marriage equality has been the law of Massachusetts for over a decade and it is now the law of the land. But you can't have equality if you can get married on Saturday and fired on Monday,” Barrett's attorney, Ben Klein of GLAD, stated after Wilkins’ ruling.

Klein also said Wilkins found that Fontbonne is liable to pay damages to Barrett for lost wages and compensatory damages for discrimination.

Numerous Catholic schools and parishes have come under fire in recent years for upholding the Catholic Church’s teaching with regard to marriage and sexuality, and the long-established expectation that their employees not openly defy Church teaching by contracting homosexual “marriages.”