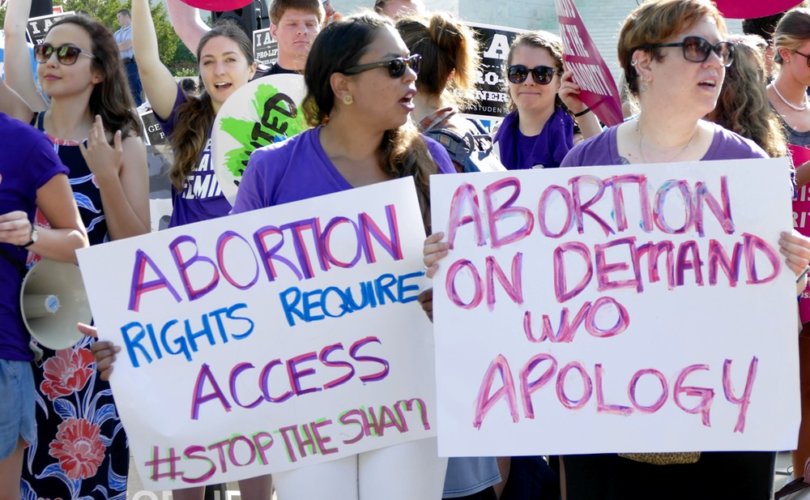 MAINE, June 11, 2020 (LifeSiteNews) — A federal judge has dismissed a lawsuit against the Trump administration’s rule prohibiting Title X taxpayer funds from being given to organizations which refer for abortions.

Earlier this week, U.S. District Judge Lance Walker rejected a lawsuit brought by Maine Family Planning, which claimed that the Protect Life Rule violates the free speech clause in the First Amendment to the U.S. Constitution.

Walker judged that the “rule authorizes nondirective counseling, including abortion counseling; it only prohibits an abortion referral.”

The Protect Life Rule requires “clear financial and physical separation between Title X-funded projects and programs or facilities where abortion is a method of family planning” and bans “referral for abortion as a method of family planning.” The abortion lobby has responded with multiple lawsuits, and Planned Parenthood chose to withdraw from Title X rather than comply with it, despite the company’s repeated claim that abortion is only a fraction of their “services.”

According to a report in the local Maine news outlet Bangor Daily News Maine Family Planning receives “a little more than $2 million in Title X money each year, which was disbursed to its 18 owner-operated health care centers across the state.” A spokesperson for the organization said that is about 30 percent of their total revenue.

The organization has previously said that it will continue to operate without federal funding, rather than comply with the Trump administration’s funding regulations.

When the lawsuit was launched last year, Maine Family Planning CEO George Hill said that the new rules on federal funding “threatens the very existence of” Maine Family Planning’s 18 centers, all of which reportedly offer abortions in the same buildings, although they say that the abortion businesses operate independently.

Maine Family Planning’s legal representatives said following the ruling that they may appeal the decision in the 1st U.S. Circuit Court of Appeals.

The Protect Life Rule is projected to cut almost $60 million from the $616 million Planned Parenthood received during the most recent fiscal year. The incoming presidential and congressional elections in November will decide whether funding to the abortion industry is further restricted or restored next year.