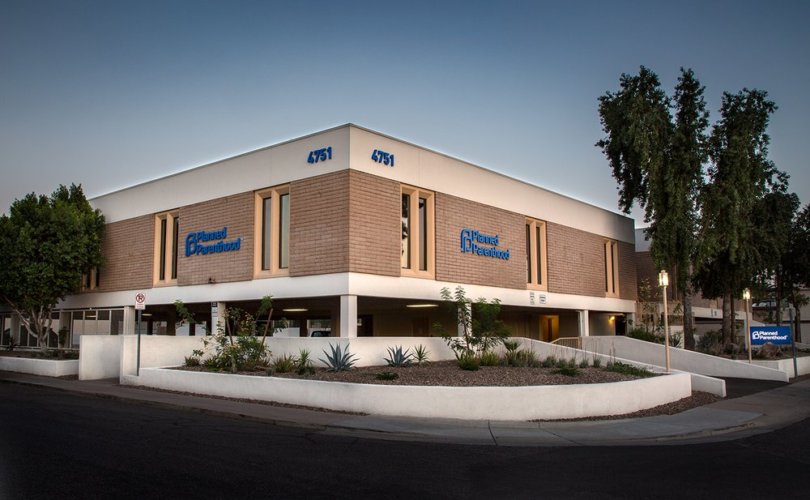 PHOENIX, Arizona, August 17, 2017 (LifeSiteNews) — A federal judge awarded Planned Parenthood and other abortionists more than $600,000 over a repealed pro-life law.

U.S. District Judge Steven P. Logan, an Obama appointee, ruled that since an Arizona law requiring abortionists to inform patients about the possibility of reversing a chemical abortion was repealed, taxpayers must reimburse Planned Parenthood and other abortion businesses everything they spent on fighting the law.

Planned Parenthood of Arizona, the American Civil Liberties Union, and the Center for Reproductive Rights vigorously fought the informed consent law in the courts, claiming it was a violation of abortionists' free speech. The American Congress of Obstetricians and Gynecologists also opposed the pro-life law, noting that about a third of women who only took the first pill carried to term anyway.

When Arizona legislators repealed the pro-life statute in August 2016, the lawsuit was dropped.

The measure, signed by Gov. Doug Ducey in 2015, required abortionists to inform women taking the first of two RU-486 pills that it “may be possible” to reverse the drug's effects with progesterone if they acted quickly. Dr. George Delgado, medical director of San Diego's Culture of Life Family Services, championed the legislation.

“Abortion-pill reversal, in our experience, has been shown to be a safe and effective treatment,” Delgado told The Atlantic. “I think the most important thing is they be aware of this option.”

Dr. Delgado authored a 2012 report published in the peer-reviewed Annals of Pharmacotherapy about six women who sought to reverse their RU-486 abortions.  Despite having taken the “human pesticide,” four of the women gave birth.

Delgado has reported that since then 87 women successfully reversed their RU-486 abortion and gave birth to a healthy child.

“We know children have been born. We know women have been spared the heartache of abortion,” the Center for Arizona Policy's Cathi Herrod stated at the time. “Where’s the harm in informing a woman that it could be reversible?”

The first of two RU-486 pills kills the growing baby by starving him or her of progesterone, a hormone the baby needs to grow. After two or three days, the mother is given a second, labor-inducing drug and delivers her dead baby. Essentially, the abortion is reversed by flooding the mother's bloodstream with progesterone.

Dr. Matthew Harrison is reversing abortions as well. He reports he has reversed 137 abortions successfully after RU-486 was taken. All 137 children were born without complications.

There are now more than 300 medical centers that offer abortion reversal. Women may go online to abortionpillreversal.com, or call a 24/7 hotline (877-558-0333) to find a nearby doctor.